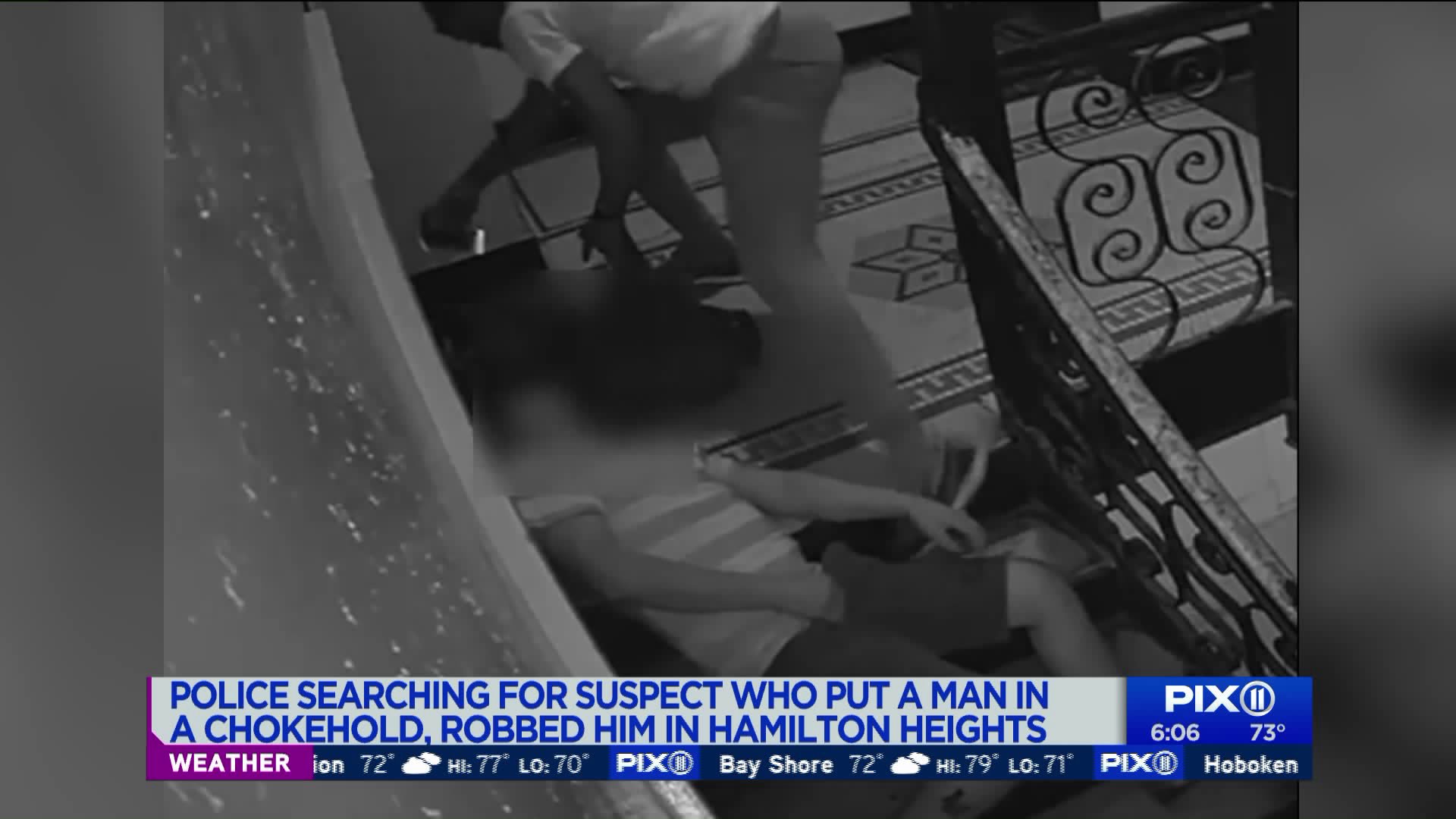 An armed robber was caught on video choking a victim into unconsciousness in Harlem. Police are asking the public's help identifying the individual. 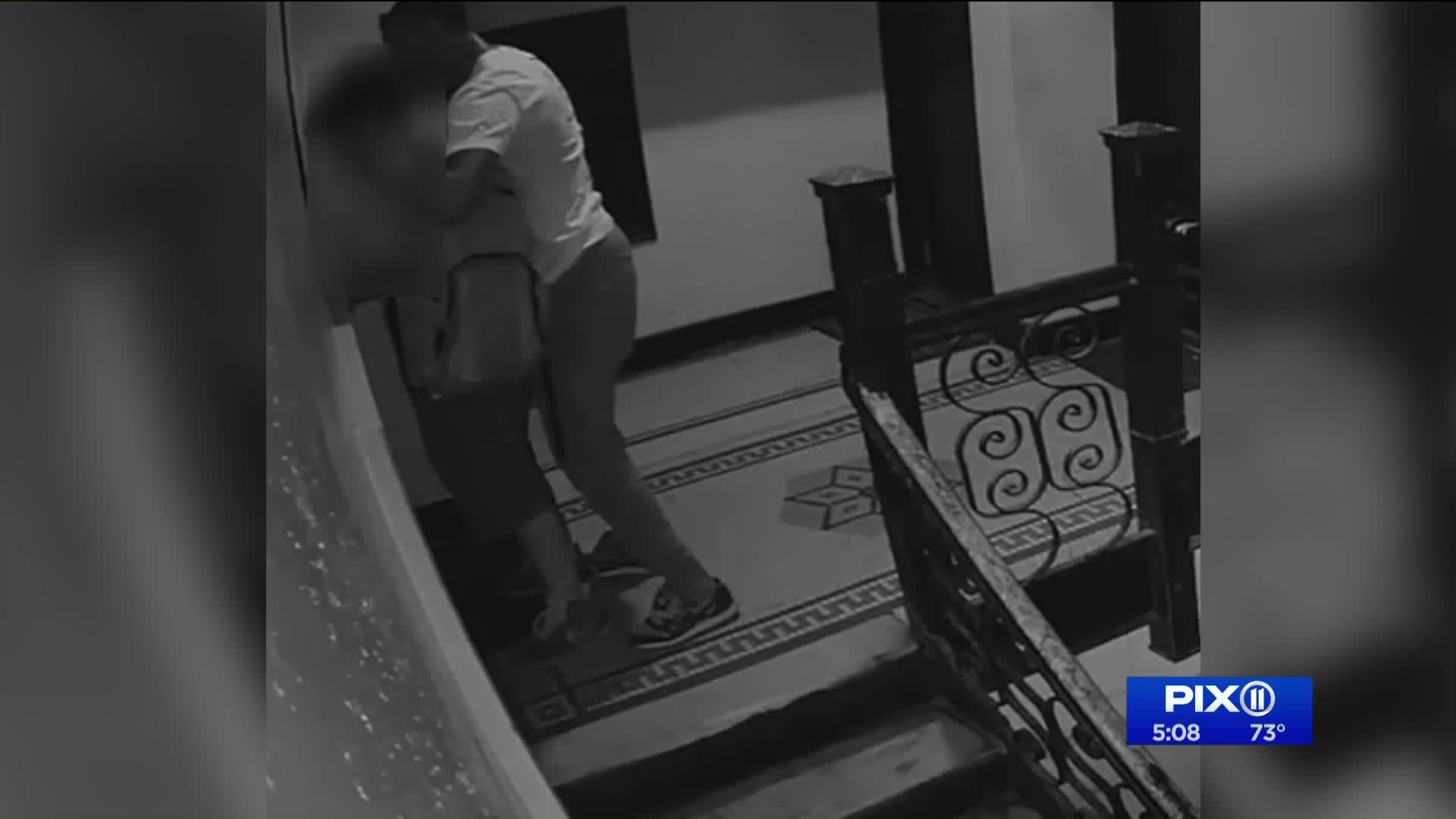 HAMILTON HEIGHTS, Manhattan — A robber held a man in a chokehold until the victim was knocked out, then stole the man's money and phone inside a Hamilton Heights apartment building, police said Sunday.

The attacker, holding a gun, tried to take the 23-year-old victim's phone on Friday, officials said. When the victim resisted, the robber put him in a chokehold from behind, knocking the victim out.

As the victim was slumped unconscious on the stairs of the building at West 147th Street and Amsterdam Avenue, the robber took his cell phone, wallet, backpack and $1,000 in cash, police said. He fled the scene in an unknown direction.

Police have asked for help identifying the attacker. He has a beard and was last seen wearing sunglasses and a white shirt with the words "R.I.P Youth" on its front and a graphic of a tombstone with an upside down house on its back.

The victim suffered bruising to his neck and was treated at the scene by medical personnel.