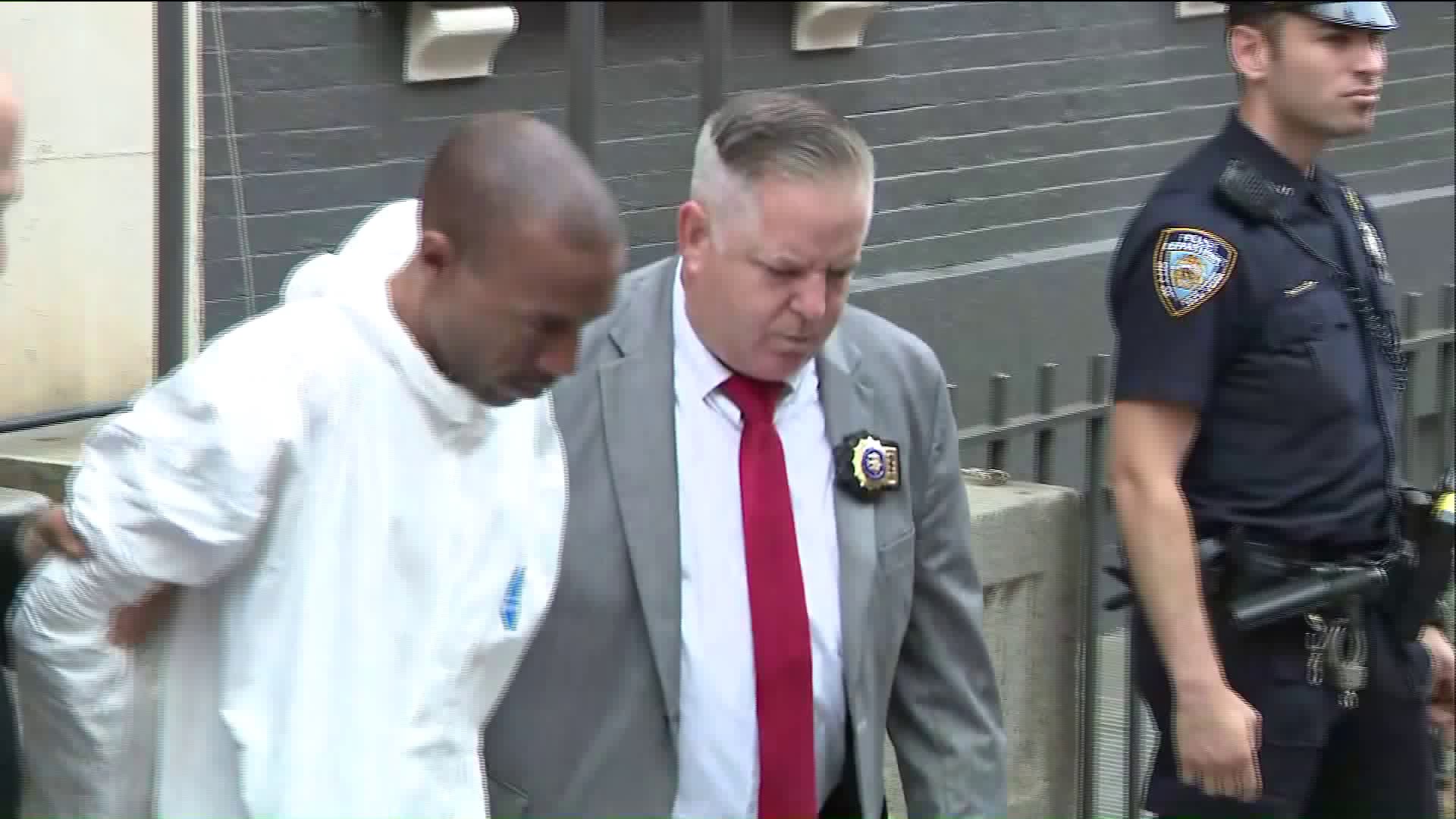 A father arrested in conenection to his son`s death is walked by police on Friday. 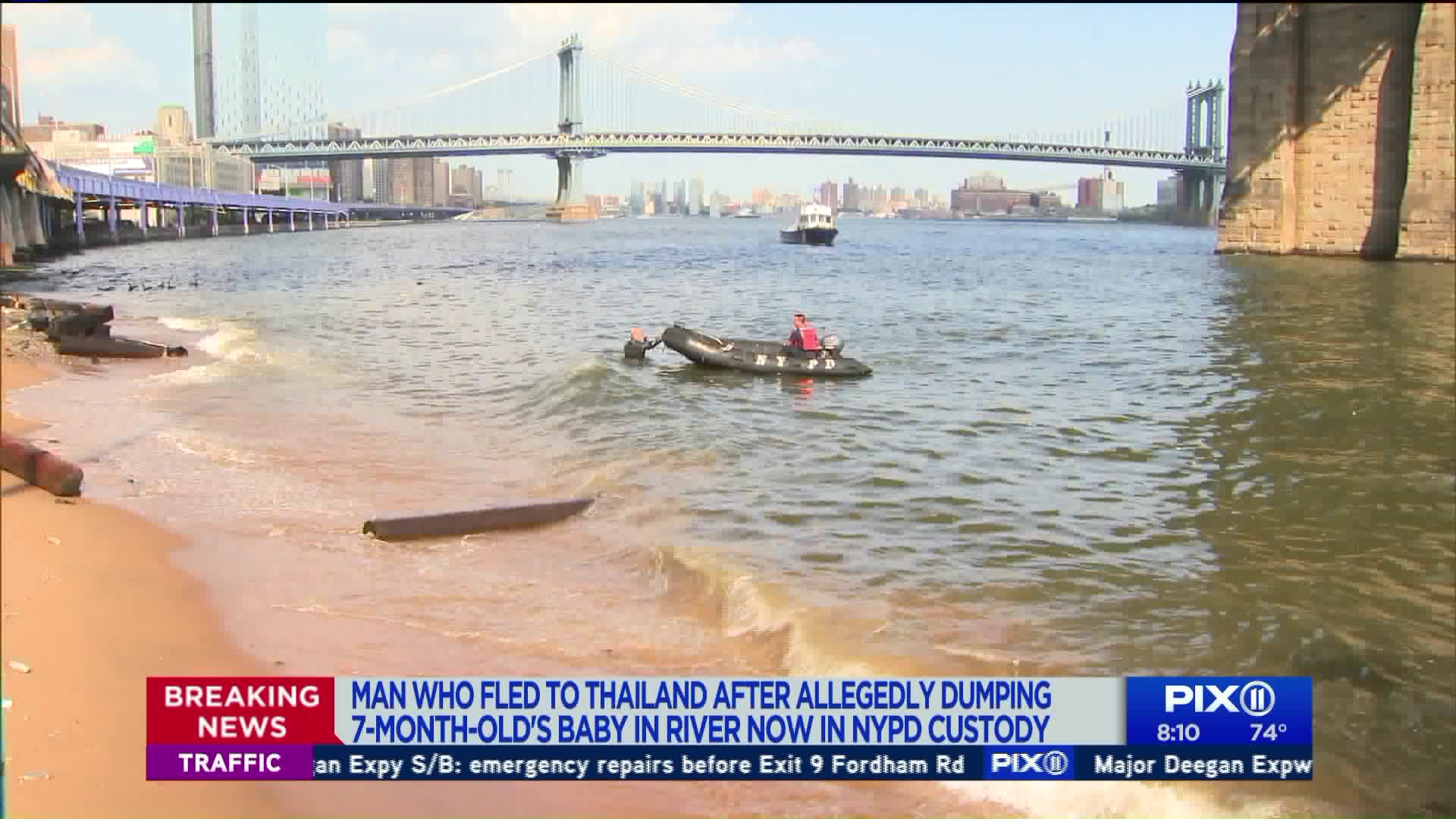 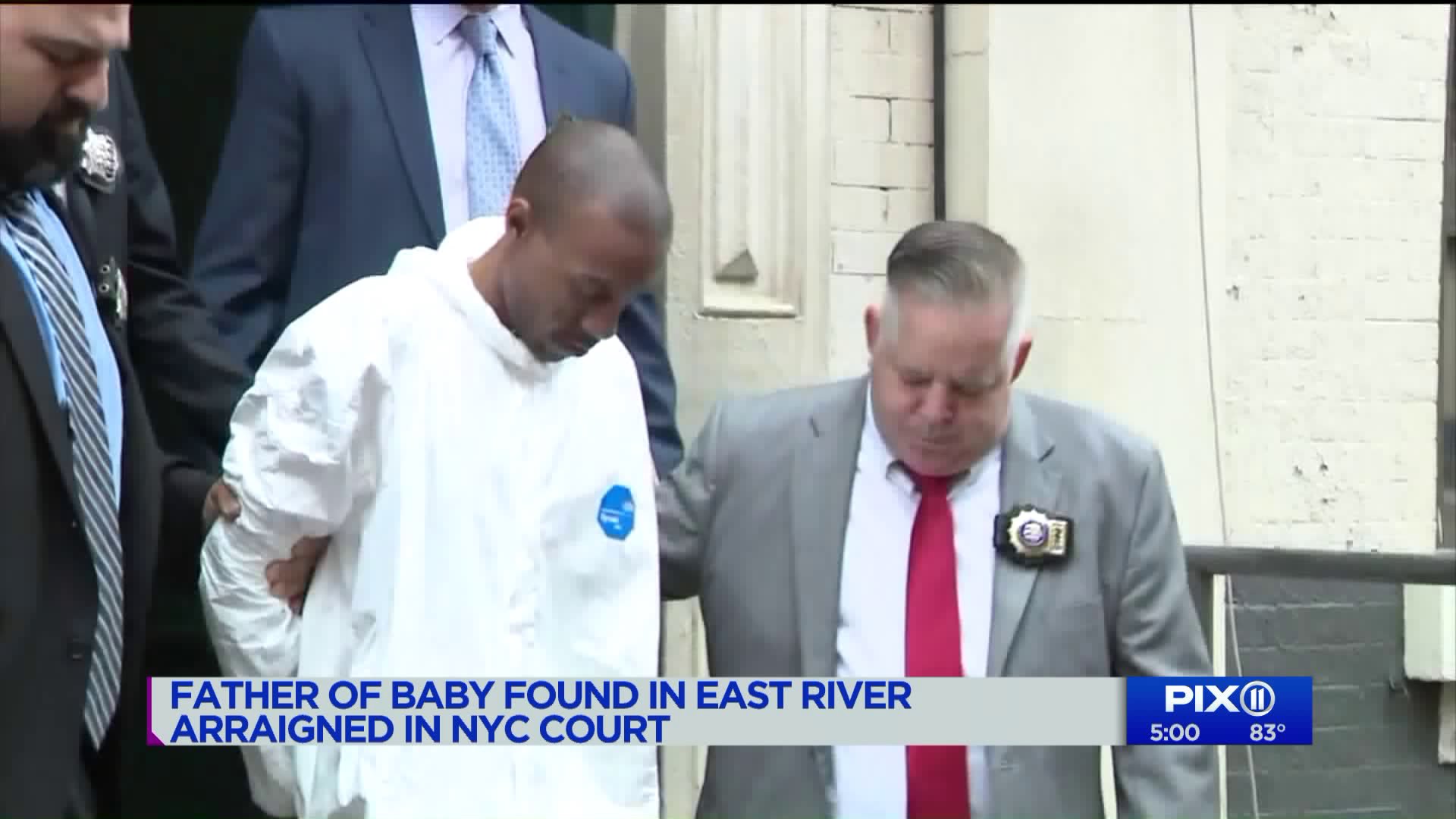 NEW YORK — The father of a baby found dead in the East River last weekend was arrested Friday after arriving in New York City from Thailand, where officials said he fled after concealing his dead child's body.

James Currie, 37, is expected to face a charge of concealing a human corpse, according to officials. He arrived in NYC late Thursday, and was officially arrested around 1 a.m. Friday, police said.

The charge is being levied after tourists spotted the body of 7-month-old Mason Saldana floating in the East River near the Manhattan side of the Brooklyn Bridge last Sunday.

A tourist and first responders frantically worked to save Saldana, but officials said he was already dead.

It is not yet known how the baby died, and Currie could face additional charges, NYPD Chief of Detectives Dermot Shea said.

Currie is believed to have retrieved Saldana from his mother last Saturday afternoon, and video evidence shows the baby was alive when arriving at his father's Bronx residence shortly thereafter.

The following day, Currie was seen leaving his home with a backpack and later walking with it toward the East River.

Saldana's body was found floating near a backpack, officials noted.

Currie boarded a plane to Bangkok by Monday afternoon — hours before Saldana's mother reported to police that her child had not been dropped off with her as planned, Shea said.