Retired cop says he monitored family that got busted in New Mexico, post 9/11 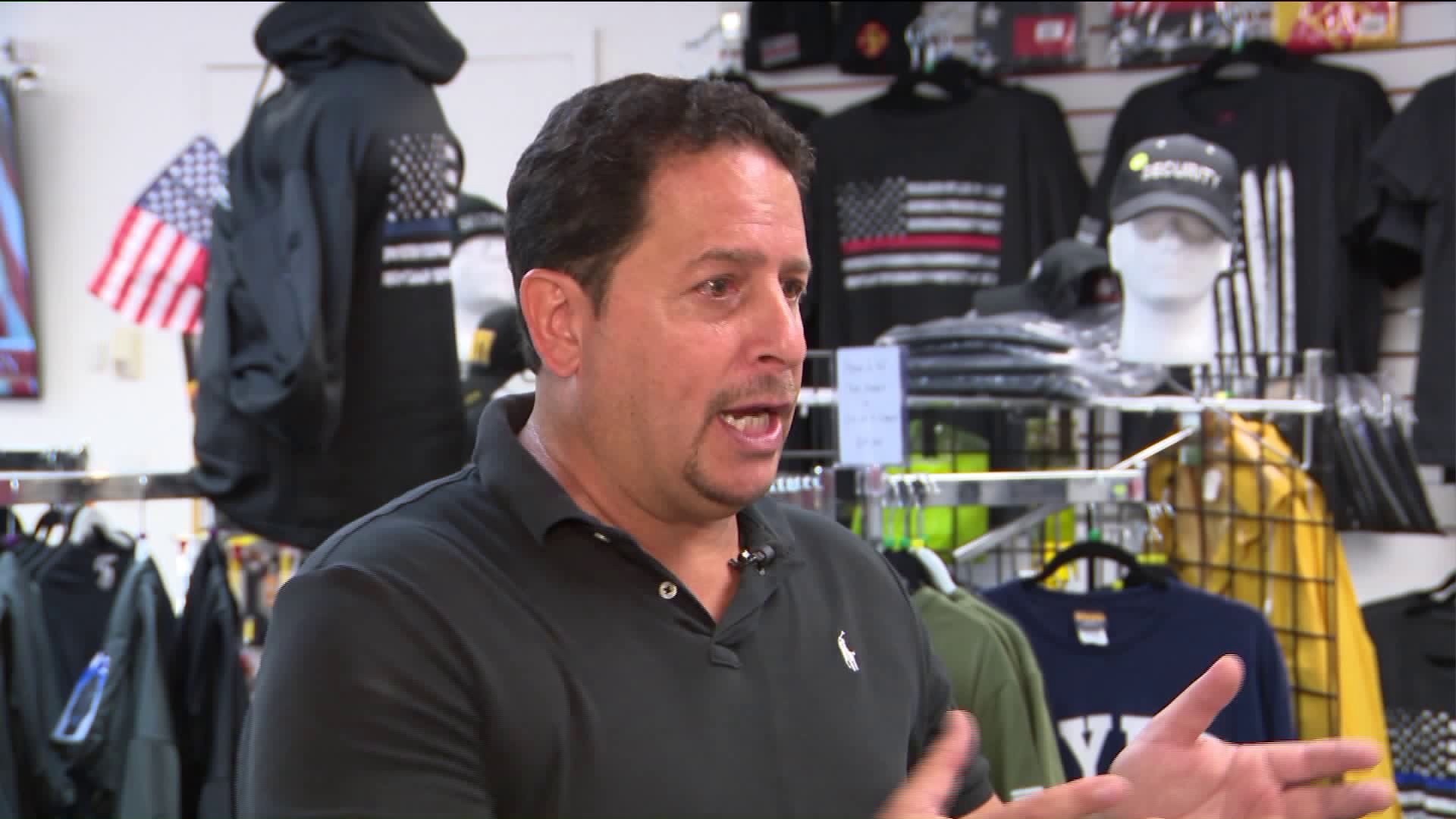 When retired NYPD Detective, Michael Zotto, heard about the raid on a New Mexico compound early this week, he was very familiar with the name, Siraj Wahhaj.The 40 year old Wahhaj, who grew up in Brooklyn, was heavily armed when Taos County sheriff`s deputies moved in, finding 11 starving children and three women at the filthy camp, along with another man.

BROOKLYN — When retired NYPD Detective, Michael Zotto, heard about the raid on a New Mexico compound early this week, he was very familiar with the name, Siraj Wahhaj.

The 40-year-old Wahhaj, who grew up in Brooklyn, was heavily armed when Taos County sheriff’s deputies moved in, finding 11 starving children and three women at the filthy camp, along with another man.

New Mexico prosecutors said Wednesday that the adults— Siraj, his two sisters, wife, and a friend—were training the children to use assault rifles, so they could one day become school shooters.

“This is not a surprise to anyone,” said retired NYPD Detective Michael Zotto.

In the post 9/11 world, Zotto was doing surveillance at the Masjid al Taqwa mosque on Fulton Street in Brooklyn that is still run by Wahhaj’s father, Imam Siraj Wahhaj Sr.

“Wahhaj himself, Senior, was always espousing hatred for America,” Zotto said. “He wanted to start a caliphate government here, a Muslim government here.”

Zotto said the son was exposed to extremism at a young age, even though the father expressed shock Thursday that his family would be accused of training children to use assault rifles.

“I think my son can be extreme sometimes, but not radical, like killing people, God forbid,” said the Imam during an impromptu press conference at the mosque. “He’s just a little high strung.”

A warrant was issued for the younger Siraj Wahhaj out of Clayton County, Georgia last December, after he left town with his disabled, 3-year-old son, Abdul Ghani.

The toddler’s remains were found at the New Mexico compound this week on what would have been the child’s 4th birthday.

“You can imagine right now I’m feeling a lot of emotions,” the Imam told reporters.

But Zotto said the family’s trouble with the law was not unexpected.

“There was definitely guns being bought from that mosque,” Zotto said. When asked if he observed sales, the former undercover detective said yes.

Yet no one from the mosque was ever prosecuted for gun running.

“I would say a lot of the Muslims in that mosque, who were pretty much moderate Muslims, they would report to us, the NYPD,” Zotto said.

Zotto added that Wahhaj was connected to camps set up in upstate New York and other parts of the country for military-style training.

Zotto worked in the NYPD Terrorism Interdiction Unit, a squad that was supervised by retired Sergeant Louis Savelli.

Savelli sent PIX11 a synopsis of some surveillance his detectives did on Siraj Senior and his son.

“Within a few months after September 11, 2001, our surveillance identified Siraj Wahhaj Senior entering a closed mosque on 10th Street and 3rd Avenue in Brooklyn to conduct afternoon prayers. The mosque was believed to have been visited by Mohammed Atta, the leader of the 9/11 hijackers. Atta lived for a short time within 100 feet of this mosque prior to 9/11. Siraj Wahhaj Sr. was observed later entering the Al Farooq mosque on Atlantic Avenue, the mosque linked to the creation of Al Qaeda HQ in the U.S."

“During one of our investigations into the activities of Siraj Wahhaj and his son, in 2004, Siraj Wahhaj Junior was flying to Saudi Arabia from NYC, when he was tested for foreign substances by TSA agents and he tested positive for Pentax, an explosive substance. However, TSA choose not to detain him.”

All five defendants pleaded not guilty, through their attorneys, in New Mexico Wednesday. They have been remanded to jail, while the children—ages 1 to 15—are in the custody of State authorities.

Imam Wahhaj said Thursday his sons have firearms that are all registered and legal.

“We’re just trying to understand what happened,” the Imam said. “It sounds crazy, but I don’t know.”