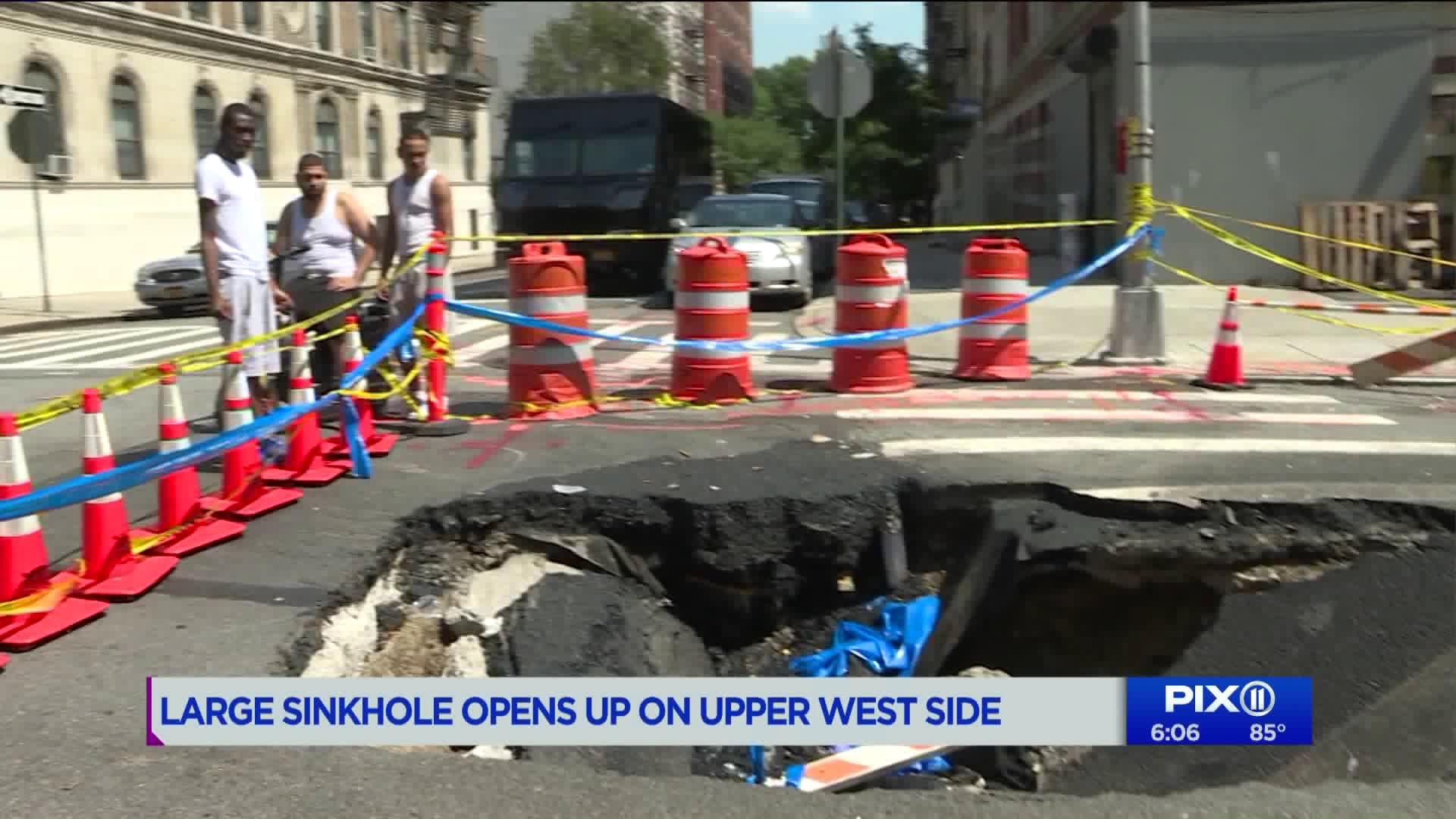 It`s been a problem area since 2013 and officials have repeatedly filled it with asphalt. But now the sinkhole has opened up and is bigger than ever before.

UPPER WEST SIDE, Manhattan — Rene Rodriguez says he was dumbfounded but not surprised, when he saw a massive sinkhole open up outside his home on Manhattan Avenue near 101st Street on the Upper West Side Tuesday morning.

It’s a sinkhole he and many residents who live in the area have complained to the city about since 2013.

“It just got bigger and bigger and they would fill it up with asphalt, asphalt and more asphalt and yesterday it finally gave in,” Rodriguez told PIX11 News.

After calling 311, both ConEdison and the Department of Environmental Protection arrived to the scene. Workers assessed the damage, put up a few cones and then, according to Rodriguez, left.

“It’s what, Wednesday the eighth, 2 o’clock in the afternoon and the sinkhole is still here,” he said. “If it was Fifth Avenue or Park Avenue this matter would’ve been settled already.”

The sinkhole measures roughly 15 by 7 feet in size, and nearly 4 feet in depth, consuming an entire side of Manhattan Avenue.

The crater makes it almost impossible for traffic to get through, but it isn’t stopping some drivers from trying.

Residents tell PIX11 they are frustrated with the city’s slow response, especially to a problem they notified officials about as far back as 2013.

They say calls to 311 have gone nowhere. ConEd, DEP and the Department of Transportation have also provided zero answers.

“That’s the way the city is and the way the system works and the government and Mayor - they are good for nothing,” said Edelmiro Maldonado, who has lived in the neighborhood for 63 years.

Mothers like Arisleidy Lopez says the city needs to do something, especially with all the children who live in the neighborhood.

“The kids are curious and they want to know what it is,” she said. “We have to keep them safe and it’s crazy to see this.”

PIX11 also reached out to ConEdison, DEP and the DOT.

Representatives for ConEdison and DOT said the sinkhole and its repair wasn’t in their jurisdiction.

A spokesperson for the DEP said they were going to send a crew to the site Tuesday afternoon. As of 6 p.m., no crew ever reported to the site.