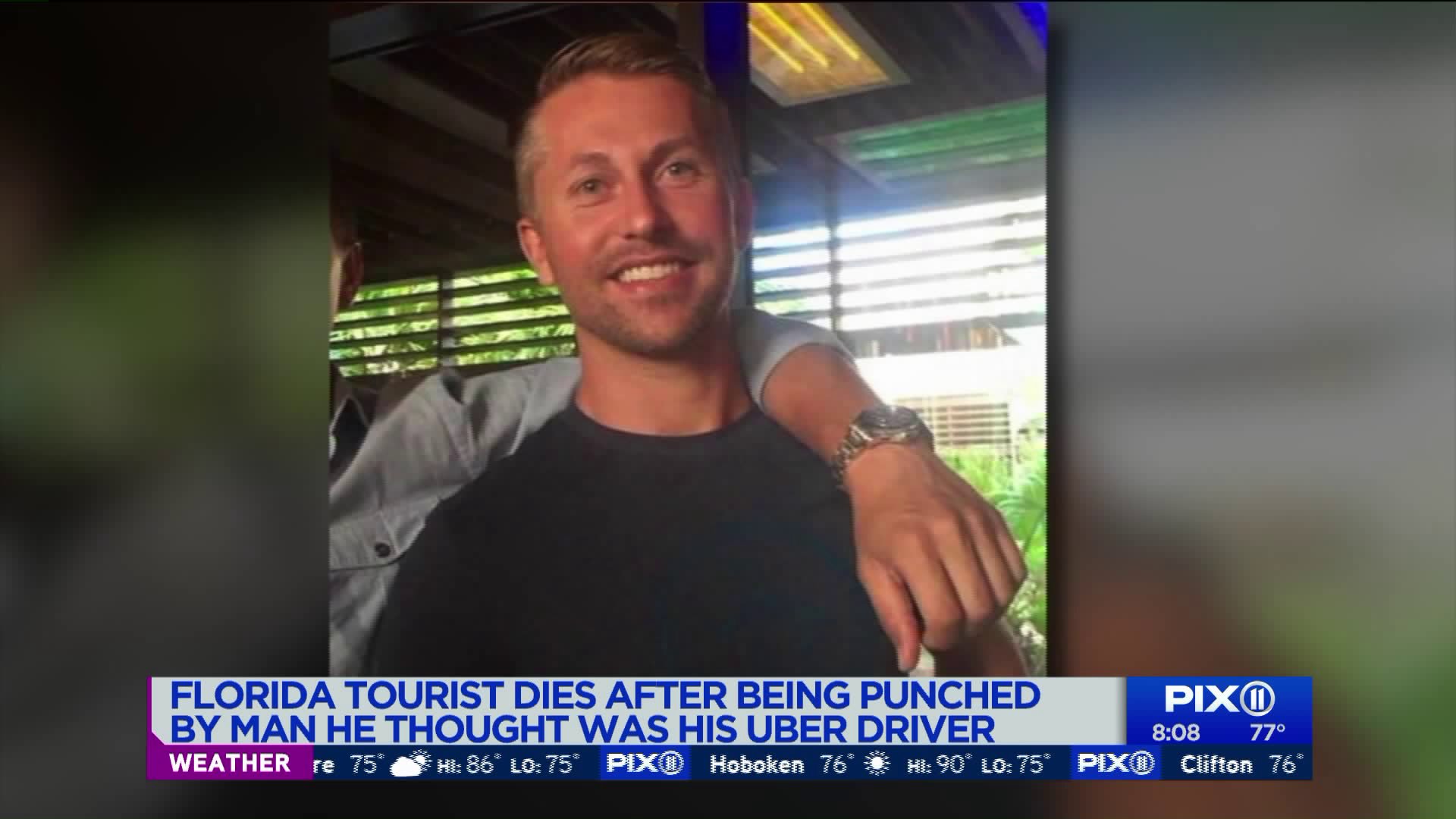 A Florida man in Queens for his stepsister`s wedding died days after being knocked out by a punch to the face, police sources said.

LONG ISLAND CITY, Queens — A Florida man in Queens for his stepsister's wedding died days after being knocked out by a punch to the face, police sources said.

Sandor Szabo knocked on the window of a white SUV in Long Island City early Sunday, thinking it was his Uber back to his hotel. The driver got out and punched Szabo in the face, knocking him to the pavement.

Afterward, the driver and a 17-year-old witness propped Szabo — who was unconscious — up against a car, according to the witness.

"Me and the man, we picked him up and leaned him against a car so he would stop choking on his blood until the ambulance came," the witness said.

The driver fled the scene and Szabo was rushed to the hospital in critical condition, officials said.

Szabo died on Tuesday, according to police sources.

The Florida man worked in digital advertising and was remembered fondly by his employer.

"Sandor was a super outgoing, friendly, and incredibly smart businessman," his employer said. "He was always upbeat, positive, kind and caring.  He was fun to be with, interesting, and always interested.  He was a really good person."

The employer also confirmed that Szabo had died.

Police have asked for help finding the driver of the SUV.  He was last seen wearing a light colored, long-sleeved shirt and jeans.