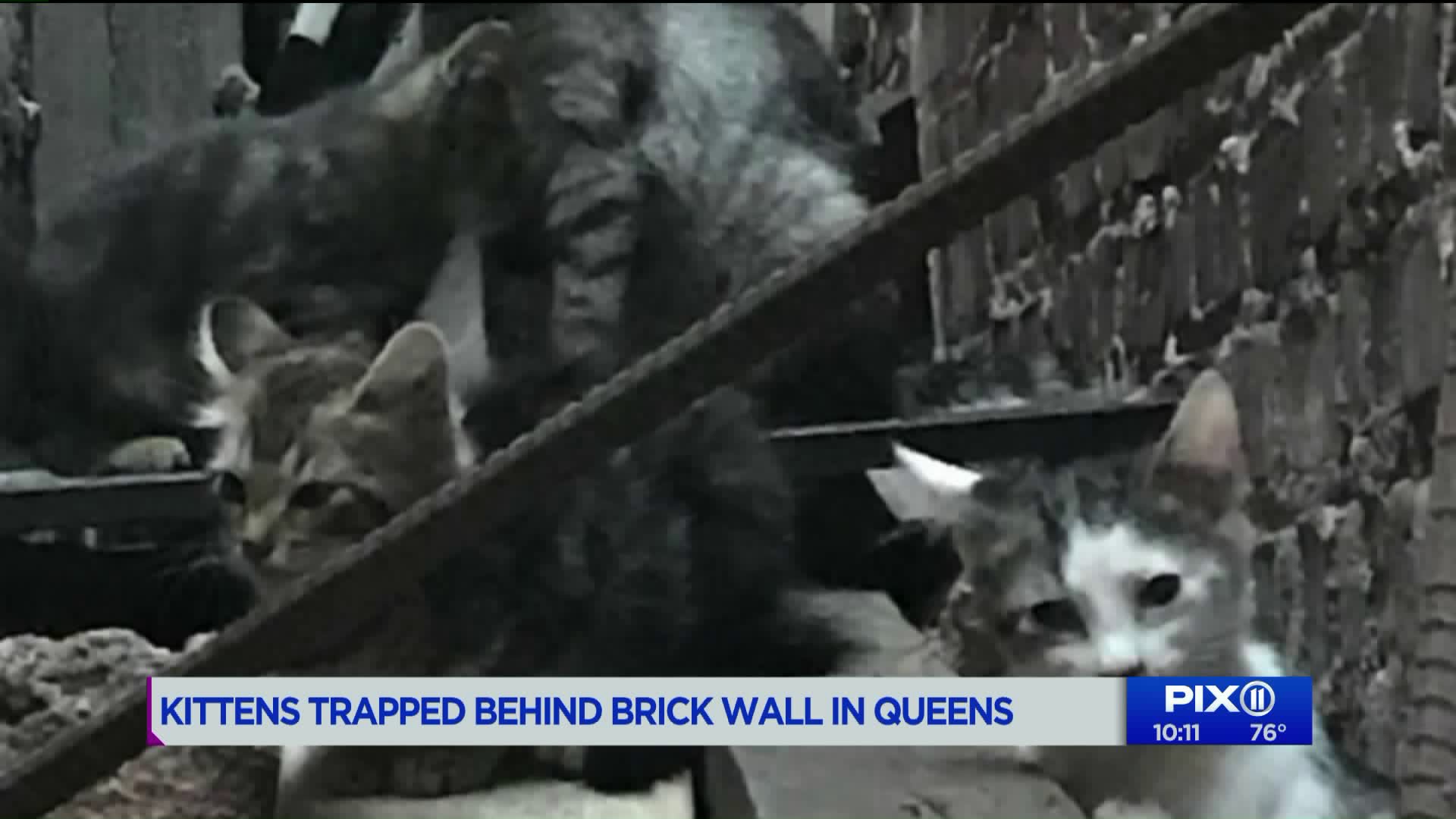 Kittens have been stuck behind a brick wall for three days. They`re likely thirsty and hungry. Animal rescue groups and concerned residents are trying to save them.

FLUSHING, Queens —  The clock is ticking to rescue a group of cats trapped behind a brick wall in Queens.

They’ve been stuck for three days and are likely thirsty and hungry. Animal rescue groups and concerned residents are trying to save them; they reached out to PIX11 for help.

For months, the cats had been living in a narrow alley like area between an apartment building and garage on Northern Blvd. They’ve won the hearts of people in this neighborhood who stopped by to feed them.

“There are so many inside," said Carol Yao, a trained animal rescuer who works with organizations Kitty Kind and Angelico.  "How can people just build this brick wall and starve these kittens to death?"

For weeks, she has been feeding the group of about 10 cats to gain their trust with the ultimate goal of catching them. She was shocked when she arrived three days ago.

“I came in, there’s a new brick wall, absolutely closes the opening. All the cats were trapped in there,” said Yao. “They have adult cats in there and lots of kittens 3 to 4 months old at most.”

A wall about 15 feet high was built on either end trapping the felines inside.They’re now out of sight - and their conditions unknown.

Sadly, the one cat that did escape before the wall went up now wanders  on the other side and gazes up at the wall, trying to find a way to get back with his family.

Yao says they have offered to pay for the cost to knock down a section of the wall.

“They don’t have to break the whole wall, just a few feet at the bottom so that we can stick inside a long cat trapping cage and one by one, we will trap the cats.”

We reached out to the owner of the building but did not hear back by air time.

The city has been notified and the ASPCA will handle the rescue, but no definitive time has been set.