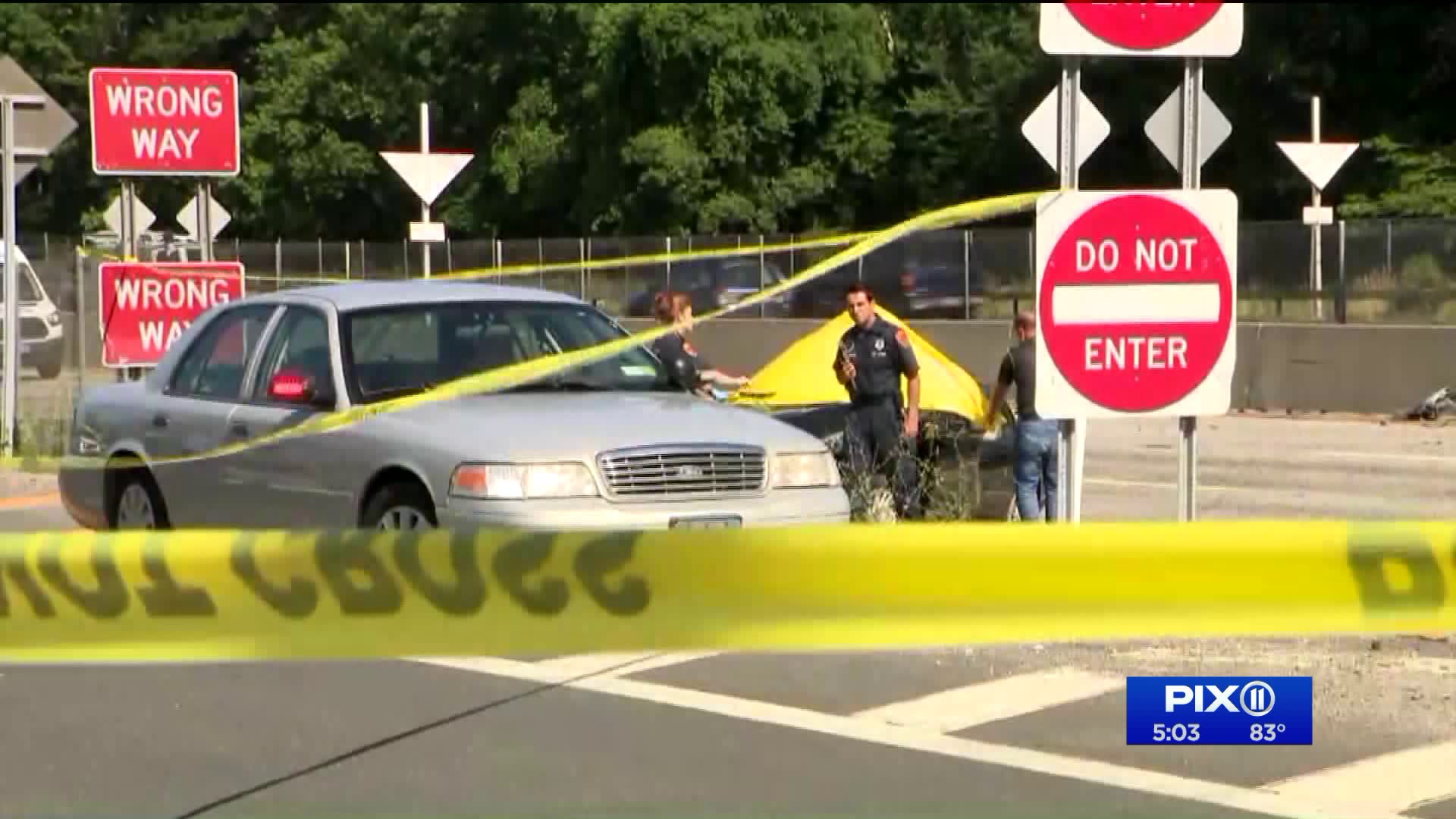 An NYPD employee is dead after a tire flew off a Mack garbage truck and struck his windshield while he was driving to work Wednesday morning, police said. The tire bounced over the center median then struck and shattered the SUV driver`s windshield, inflicting severe head trauma.

BROOKLYN — An NYPD employee is dead after a tire flew off a Mack garbage truck and struck his windshield while he was driving to work Wednesday morning, police said.

It is the second such incident of its kind in the metro area in less than a month. The incident happened about 6:30 a.m. on the Gowanus Expressway near Seventh Avenue in Brooklyn, police said.

Martinez was taken to a hospital where he was pronounced dead.

The 46-year-old garbage truck driver and passenger stayed at the scene. No charges have been filed at this time.

The crash comes 27 days after a similar incident, on Sunrise Highway in North Babylon, Long Island. In that July 5 crash, a tire came loose from a semi-trailer driving on the Route 231 overpass above Sunrise Highway, investigators said.  The tire rolled off the overpass onto a car, killing its driver, David Dorazio, 60, and hitting another car as well. The driver of the other car that was struck was not seriously injured.

In that incident last month, the driver of the truck that lost the tire has still not been found.

Traffic collision investigations expert Anthony Racioppo said the coincidence of two similar, fatal crashes less than a month apart is "very rarely a rampant issue that people should be concerned about."

"It's a lightning strike," Racioppo said regarding the frequency of the Tri-state's random, fatal crashes. "It could happen here and there, like an accident itself, it could happen anytime, anywhere."

In Wednesday's crash, the victim was a maintenance worker at NYPD headquarters who'd been heading to work when tragedy struck, according to law enforcement sources.

A spokesperson for the company that owns the sanitation truck, Century Waste Services, made a statement Wednesday about the collision.

"Our hearts go out to the family of the victim," said spokesperson Ara Chekmayan.  "This event was an unfortunate accident.  We are fully cooperating with the investigation of this tragic event."

Law enforcement sources told PIX11 News that the deceased was a maintenance worker, but the department earlier had said he was an officer.

[Clarification: An earlier version of this article misreported the deceased’s occupation. He was a civilian employee with the NYPD.]