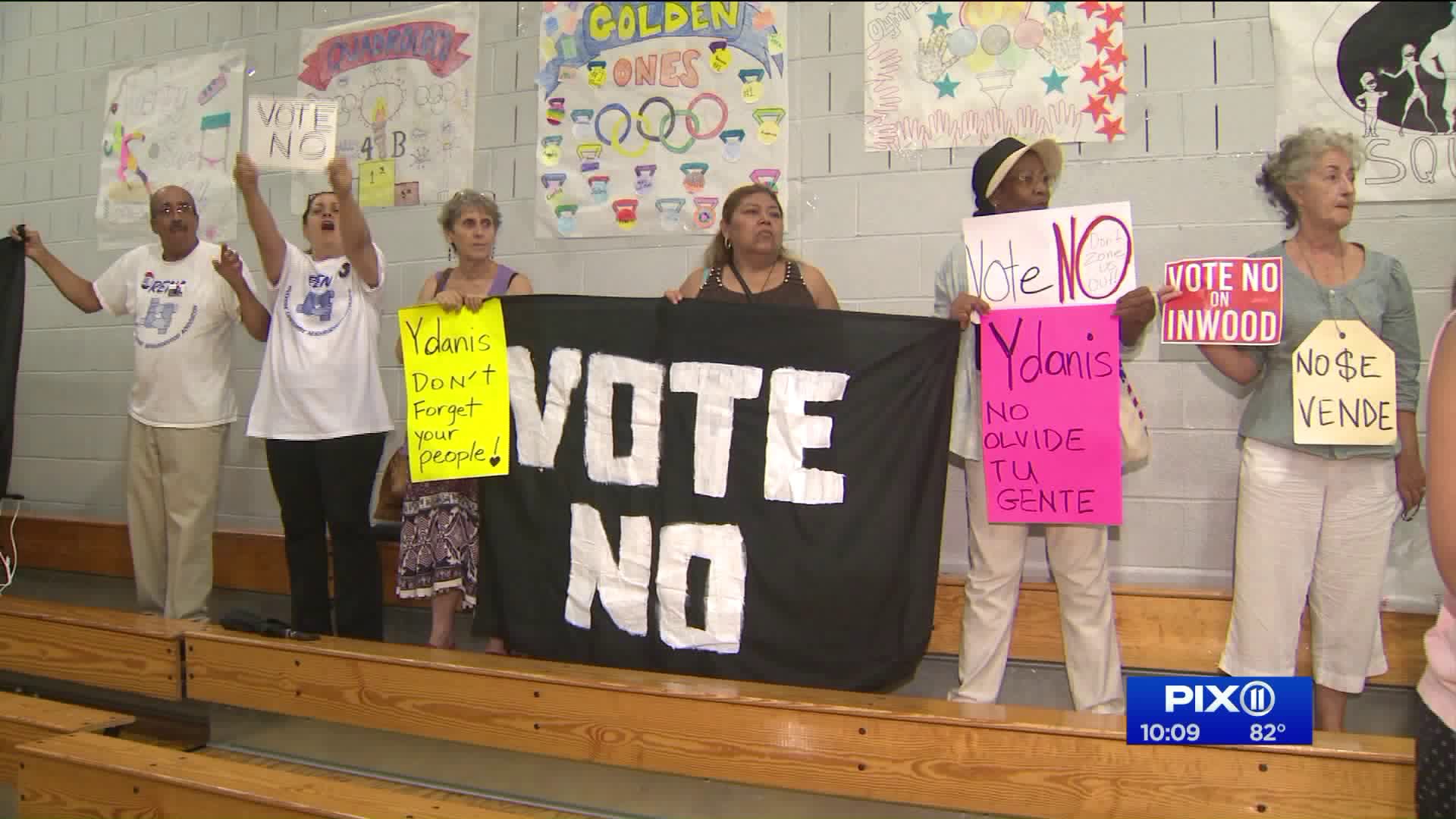 City council committees are set to vote on possible rezoning in Inwood. New housing developments would replace apartment buildings that have been here for decades. Some residents are not happy with the plan. 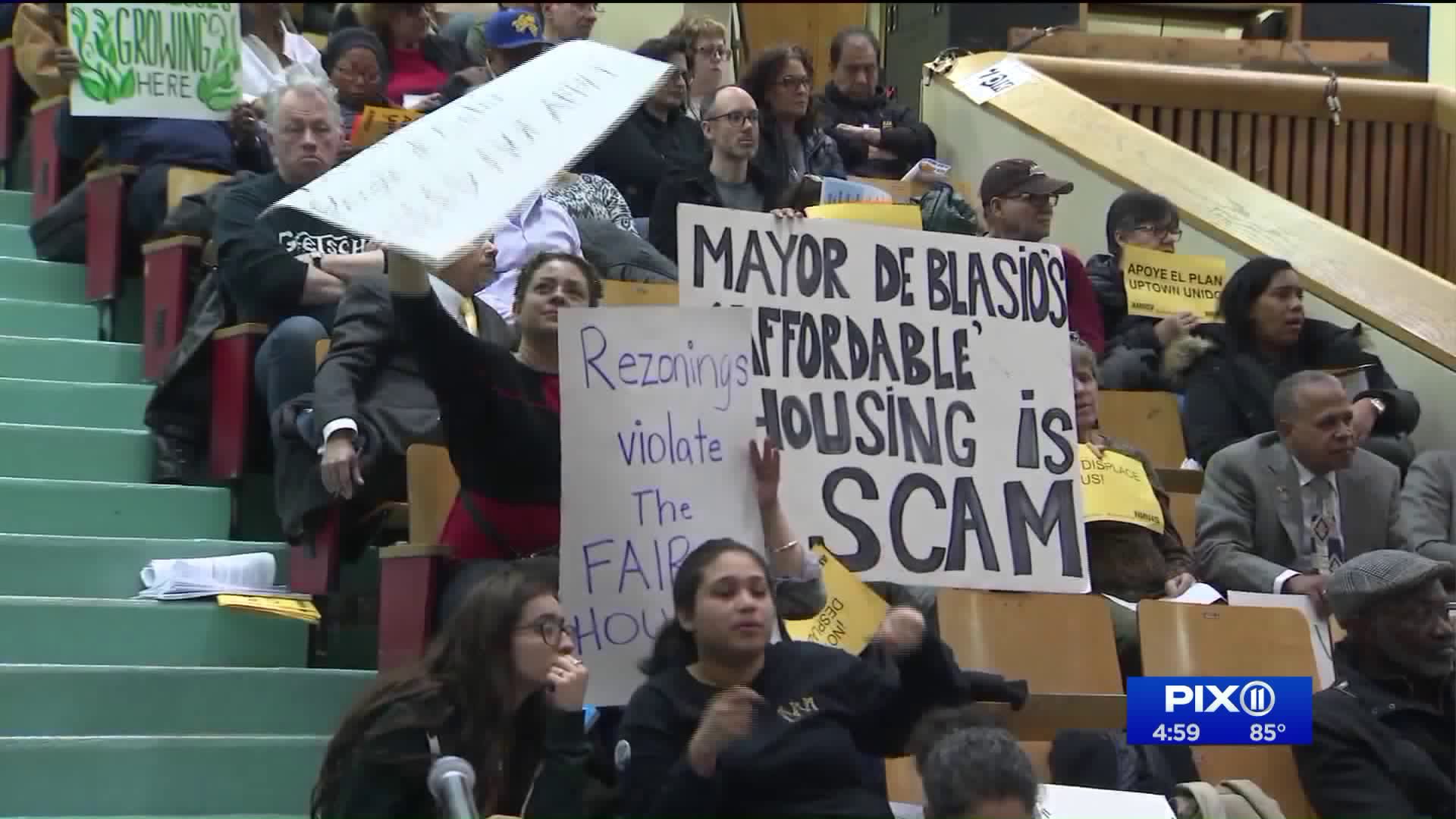 Manhattan residents, furious over a possible rezoning in Inwood, gathered Wednesday night to voice their complaints.

Two City Council committees are set to vote on the issue Thursday. A no vote could block a plan to rezone some 60 blocks of Inwood in the northernmost part of the borough. The new housing developments would replace apartment buildings that have been here for decades, if the plan goes through.

Congressman Adriano Espaillat (D-NY) organized the community forum to address the concerns of those who have lived here for years and appeal to the city to abandon the rezoning plan that would create the potential for over 1300 affordable housing units.

"This could put in jeopardy this diverse neighborhood, the working class families," he said.

" The rezoning is going to allow for kind of development that is going to displace the people of Washington Heights and Inwood who built this neighborhood," he said.

"Mayor de Blasio, the future is in your hands," he said.