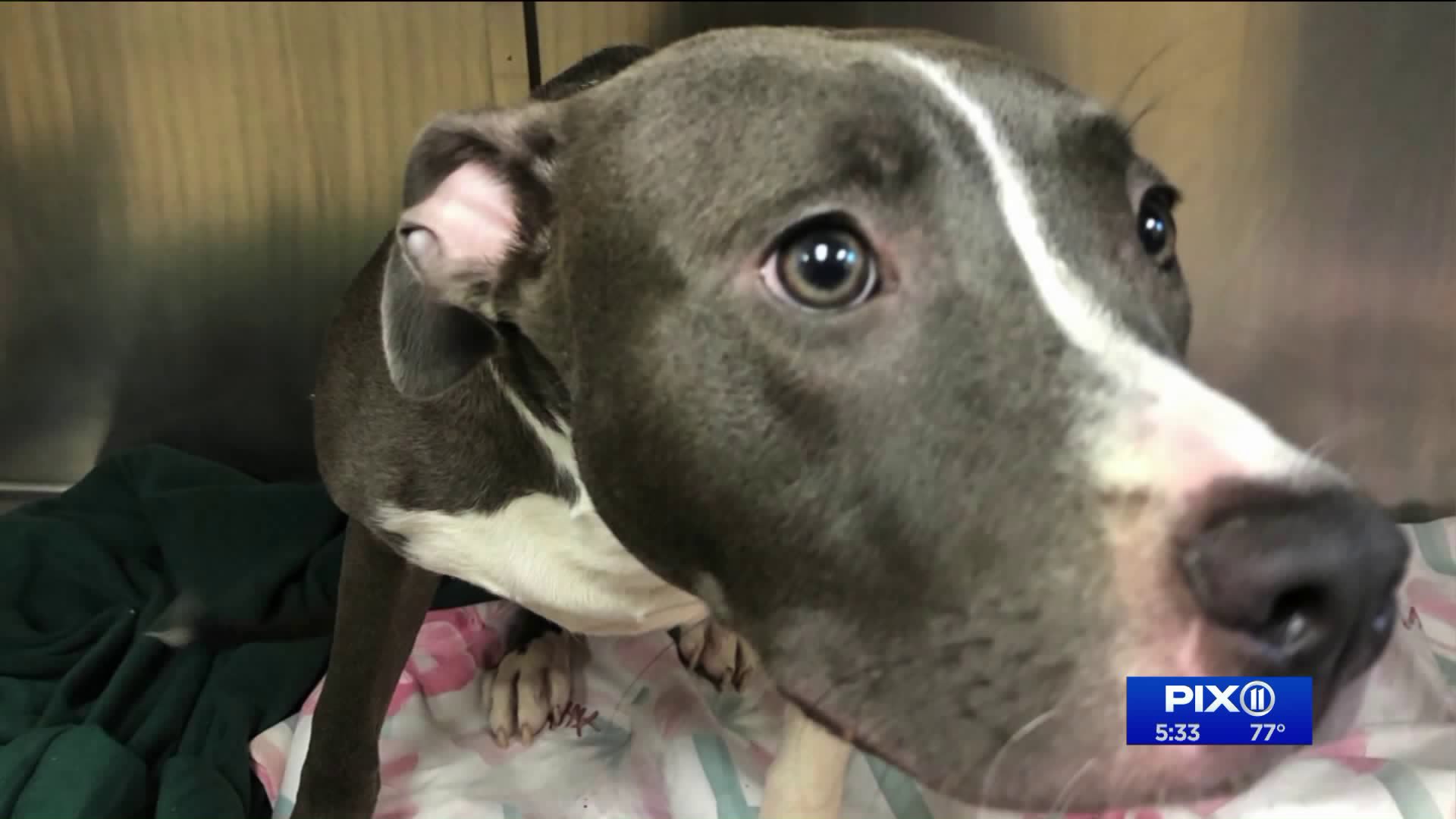 A 1-year-old puppy was locked in a crate and dumped in a river at a park in New Jersey. The dog was found and rescued before sinking and is in critical condition at a nearby SPCA.

HIGHLANDS, N.J. — Jennifer Vaz was on her routine morning walk with her 4-year-old boxer Molly along Sandy Hook Bay in Highlands on Monday when they came across something that would've stunned just about anyone.

Down by the rocks along the waterside, she discovered a 1-year-old whimpering pit bull, locked in a wired cage.

"When I looked down I saw these eyes looking back at me, like these little cute puppy eyes, scared in the crate and locked up," she said, recalling the scene at Veterans Memorial Park.

Without skipping a beat, Vaz jumped over the railing and helped the pup.

"When I opened the crate, Molly actually went in and gave him a little kiss to show, you know, you can trust us," she said.

According to authorities, if it weren’t for Vaz stumbling upon the dog, the cage would’ve been completely submerged in less than an hour.

Officials suspect the dog was dumped between 4 a.m. and 6 a.m.

“I can’t believe this happened in our town,” Vaz said. “That someone could be so malicious.”

The dog, now named River, is said to be in good condition and is being treated at the Monmouth County SPCA.

The county prosecutor’s office is investigating the incident that left residents like Patricia Moskawin in disbelief.

“I couldn’t sleep last night,” she said. “I don’t think anyone could. I reposted it (on Facebook) and some people told me they couldn’t even open it.”

Vaz said that if and when she gets the all-clear from the SPCA, she plans to adopt River, shielding him from any further heartbreak.

Anyone who may have witnessed anything or have details about the dog’s owners is urged to call the Highlands Police Department or the Monmouth County Prosecutor’s Office.