4 people fatally shot in Astoria, including a 5-year-old boy: police 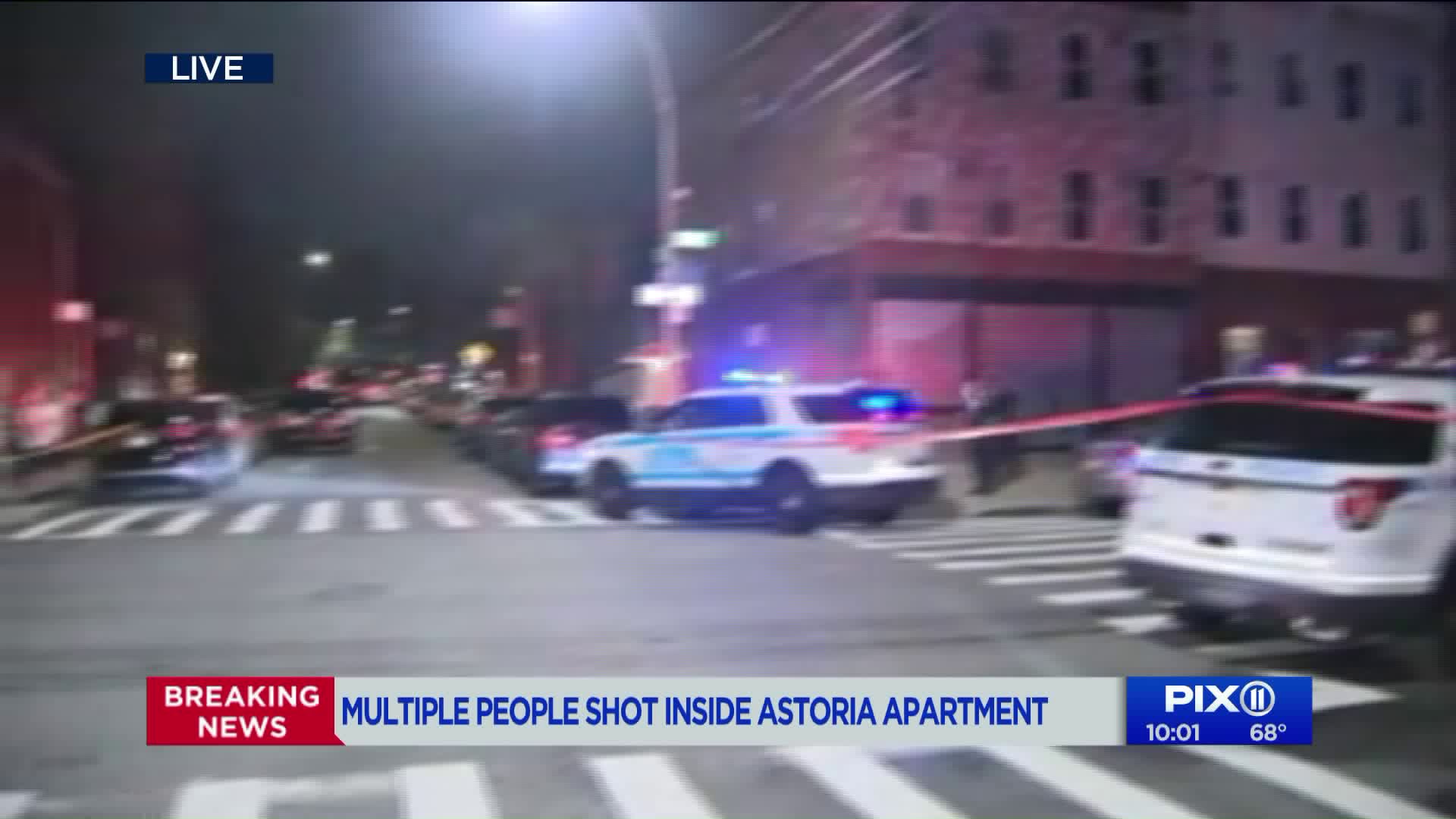 Police are on the scene in Queens were multiple people were reported shot Monday night. NYPD officials say the shooting was reported on 30th Drive in Astoria.

A man, two women and a 5-year-old boy were killed in a 30th Drive home near 23rd Street in Astoria just before 9 p.m., officials said. It is not yet clear if they are all members of the same family.

They all appear to have been killed by gunshot wounds.

Police were seen in body armor entering the building. They recovered a gun at the scene.

Officials did not immediately release the names of the victims.