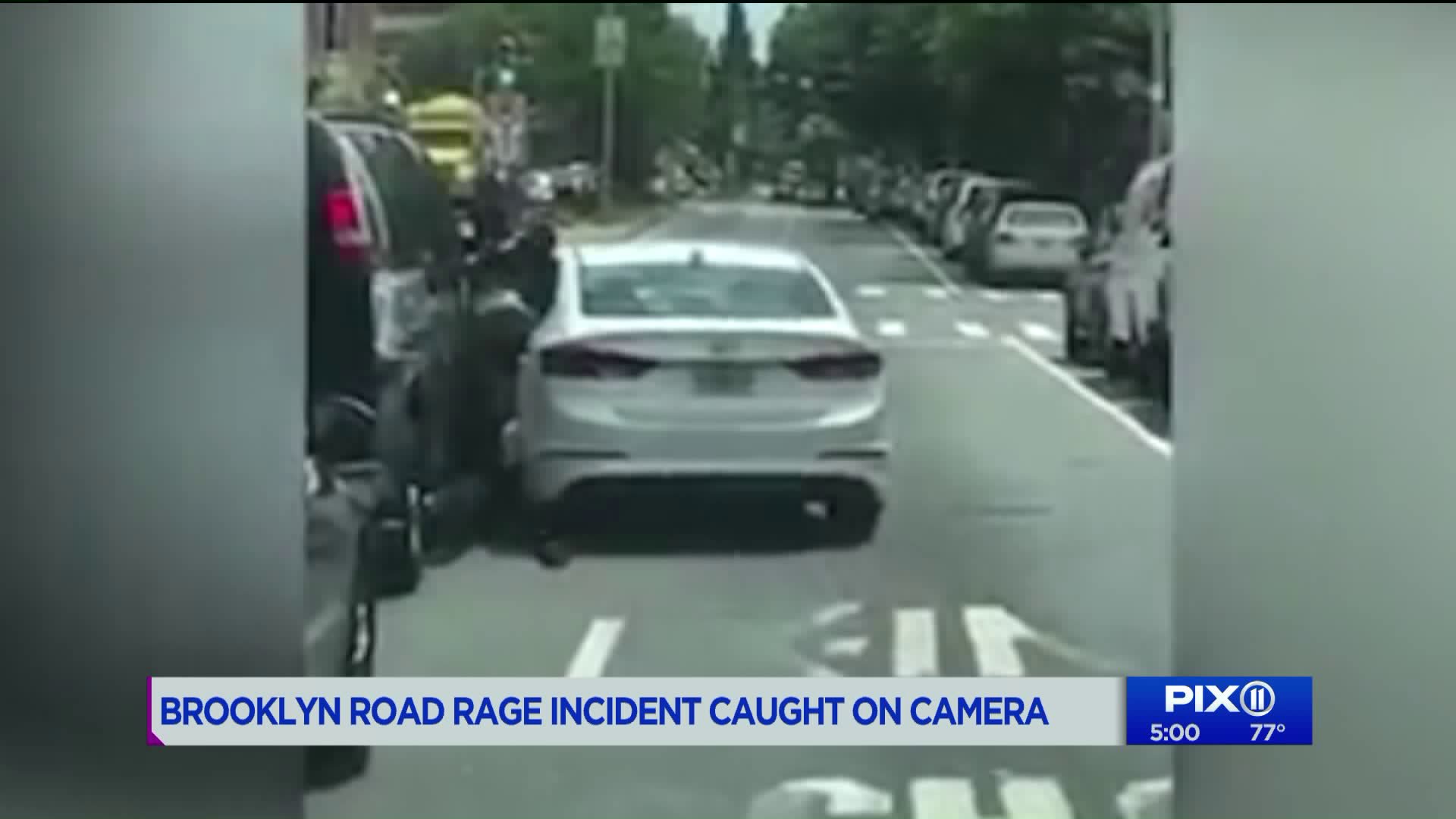 The wild video starts off with two drivers fighting in the middle of the road. One of the men grabbed the other man`s keys, then nearly crushed him when he took off in his car.

GREENPOINT, BROOKLYN — A dramatic caught-on-camera road-rage incident in which a man was pinned between two vehicles has led to a second man being arrested and possibly facing an attempted murder charge, police said Saturday.

Kevin McClean, 46, was tracked down by police and questioned Friday, the NYPD said.

He now faces charges of attempted murder, first-degree robbery, assault, first-degree reckless endangerment, leaving an accident with injury and second-degree menacing, according to police. It is not yet clear when McClean will face a judge.

The arrest is in connection to a road-rage incident on Tuesday.

The victim, a 24-year-old livery cab driver, told police he was cut off the driver of a white Hyundai with Florida plates in the middle of McGuinness Boulevard near Norman Avenue in Greenpoint.

McClean then allegedly got out of his car with a box cutter and started swinging it at the livery cab driver before grabbing the victim's keys and getting back into his own vehicle.

The livery cab driver ran after the Hyundai to get his keys back, but McClean drove off pinning the victim between his vehicle and another before finally taking off, police said.

The victim was hospitalized for minor bruises and abrasions, police said.