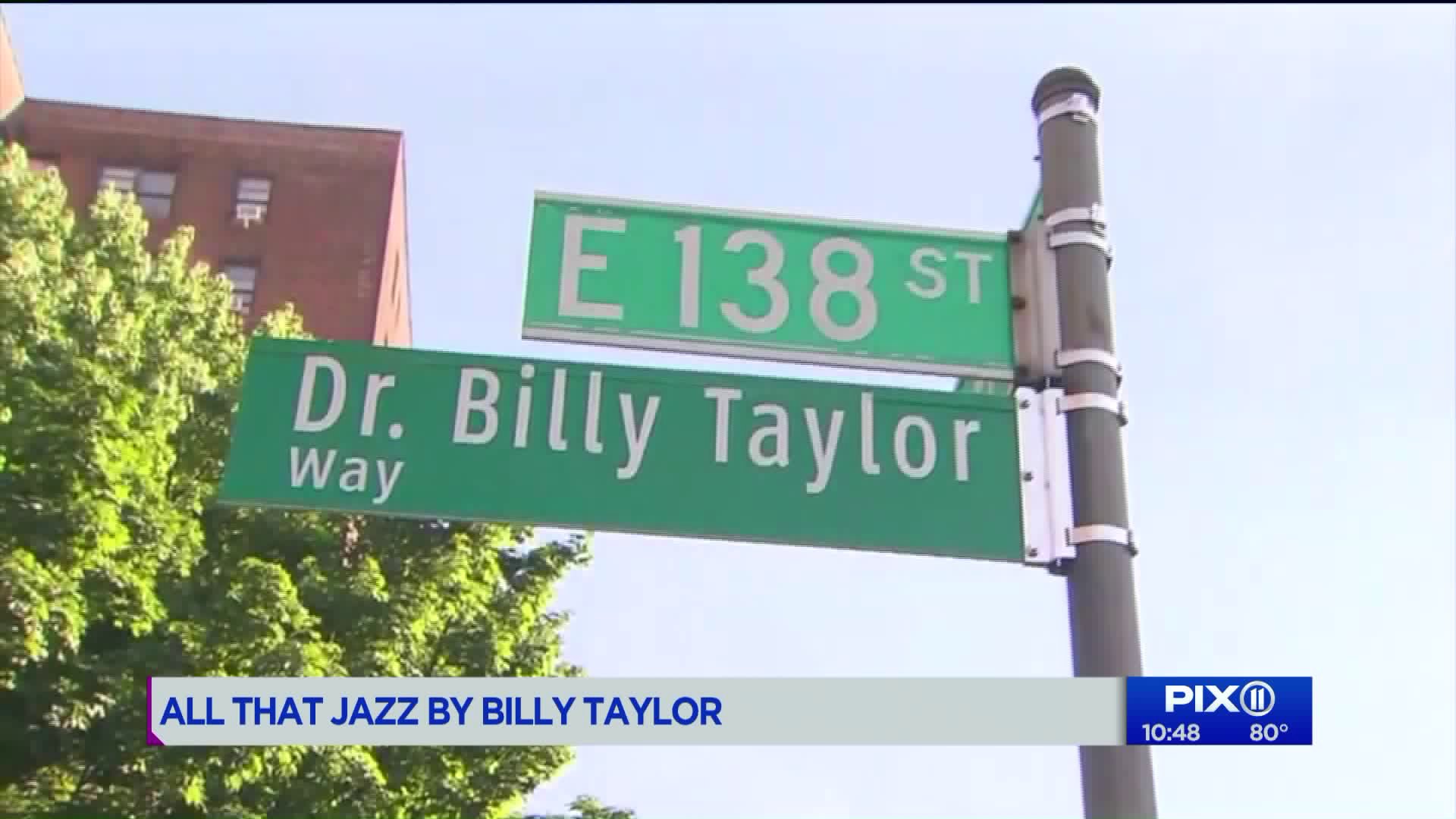 Dr. Billy Taylor was often called the world`s foremost spokesman for jazz. Many gathered to hear the Marcus Miller quartet play some of his most famous songs, including "I wish I knew how it would feel to be free."

Many gathered to hear the Marcus Miller quartet play some of his most famous songs, including “I wish I knew how it would feel to be free." It achieved great popularity during the civil rights movement of the 1960s and it was written at the Riverton Square apartment complex at 138th Street and Fifth Avenue, where there’s a corner named after Taylor.

During the week of what would’ve been Taylor’s 97 birthday, friends; family, including his widow, Theodora; and jazz lovers gathered to remember his legacy.

“He personified a class act,” said Glenn Hunter, the co-executive director of the Harlem Cultural Archives. “He was available for the kids, he was an educator, he was selfless. He was an ambassador for jazz, a fantastic player who made sure everyone knew about jazz."

Taylor was a fabulous jazz pianist who played with all the jazz greats, but perhaps equally important to him was his mission to bring jazz back to the people who couldn’t afford to go to fancy night clubs.

He founded Jazzmobile, bringing back jazz to the streets of Harlem.

“One of his concerns was that the people who created this American art form could no longer hear the music,” Kim Taylor-Thompson, his daughter, told PIX11. “They couldn’t afford to go to the downtown clubs and hear Dizzy Gillespie and all the greats, he wanted to bring free music to the people of Harlem and Bed Stuy and he did that."

Performing Taylor’s music is the Marcus Miller quartet, whose leader on alto saxophone loves both music and math and is deeply inspired by Taylor’s legacy.