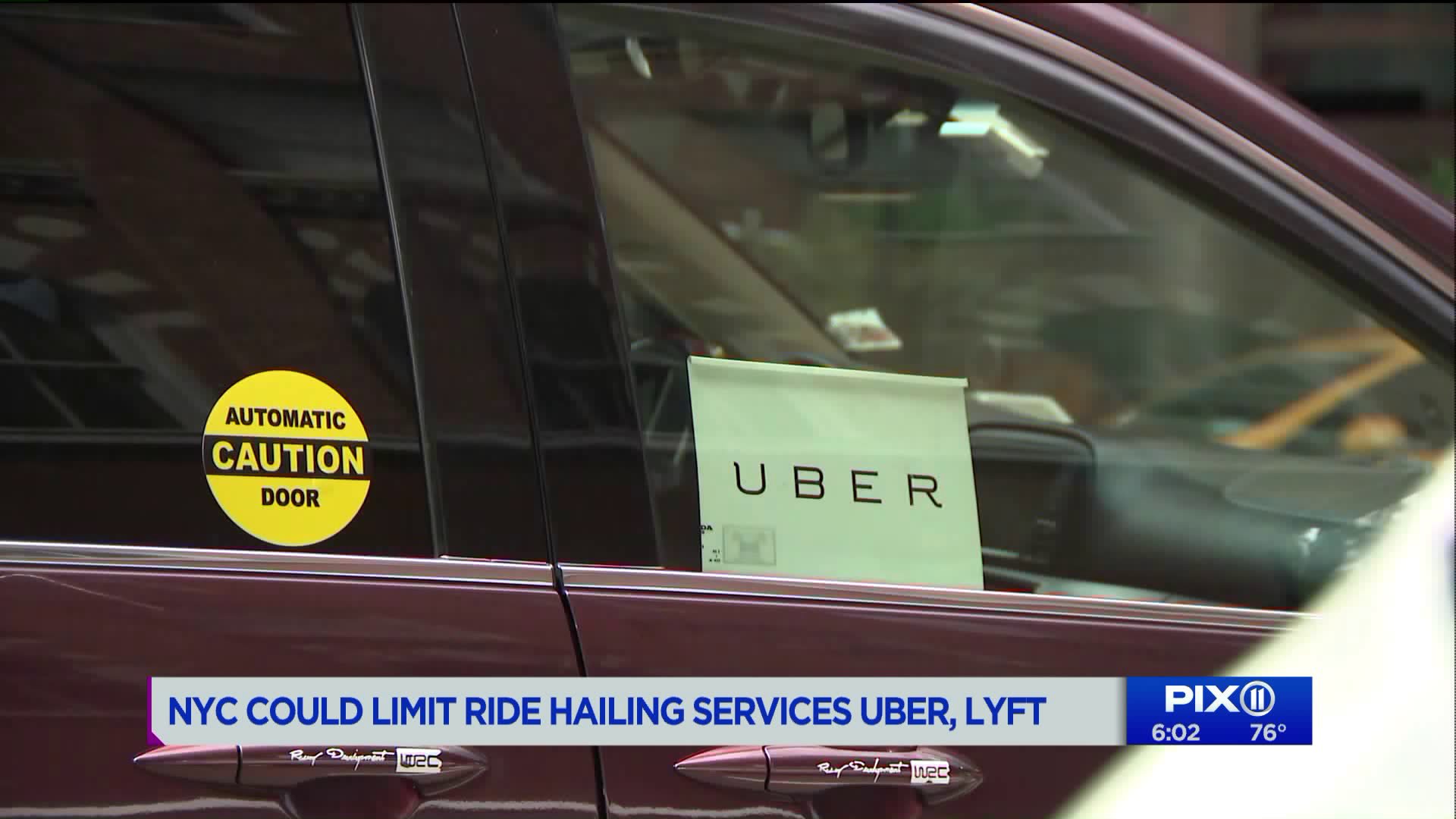 New York City may become the first city in the country to limit services like Uber and Lyft, as the City Council is considering legislation to curb the number of app-based vehicles on city streets. 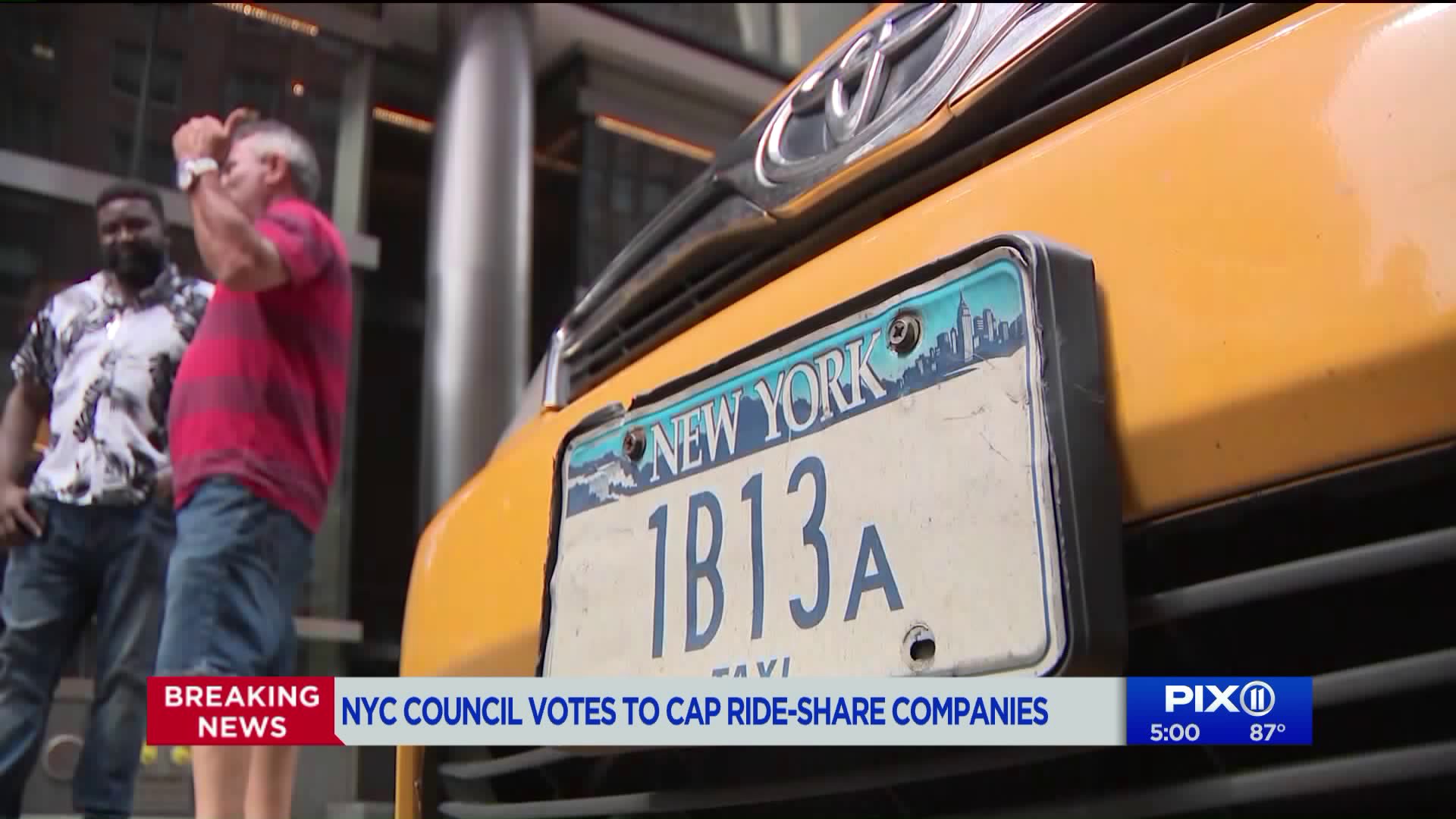 MANHATTAN – New York City may become the first city in the country to limit services like Uber and Lyft, as the City Council is considering legislation to curb the number of app-based vehicles on city streets.

Issues like congestion and low driver wages are driving the City Council to back a package of bills that would suspend issuing for-hire vehicle licenses and require a year-long study of the industry. Wheelchair accessible vehicles would be exempt.

The council is also working to pass a bill that would create a minimum wage for app-based drivers.

“There are too many Uber drivers out there, and competition is just way too high and drivers are not making enough,” said Tasawar Khalil, an Uber driver from the Bronx.

A surcharge on for-hire vehicles driving south of 96th Street is already set to take effect in January. City leaders said they aren’t taking away any services already offered.

“We are pausing the issuance of new licenses in an industry that has been allowed to proliferate without an appropriate check,” City Council Speaker Corey Johnson said.

But cab drivers said it's more than that.

Yellow cab driver Konstantines Koumbiadas said taxis are "going down the drain," a sentiment echoed by many of his fellow drivers.

The New York Taxi Workers Alliance stands behind the legislation.

"The cap is an important step to stop the crisis of poverty that pushed six New York City professional drivers to suicide," the group said, in part, in a statement.

Still, some cab drivers said the damage is already done.

“Everything is finished now,” medallion owner Ardendra Biswas said. “So I’m thinking about how do I survive in my future.”

On Thursday, Uber released an ad saying the regulations would make rides more expensive and less reliable, taking away a much-needed mode of transport, especially in the outer boroughs.

"The City Council's Uber cap will leave New Yorkers stranded while doing nothing to prevent congestion, fix the subways, and help struggling taxi medallion owners. The Council’s cap will hurt riders outside Manhattan who have come to rely on Uber because their communities have long been ignored by yellow taxis and do not have reliable access to public transit.”

“This would take New York back to an era of standing on the corner and hoping to get a ride. Wait times would increase significantly and driver earnings and job opportunities would shrink. Worst of all, the proposals prioritize corporate medallion owners above the overwhelming majority of New Yorkers.”