Man snaps adorable photo of couple on subway, hopes to track them down 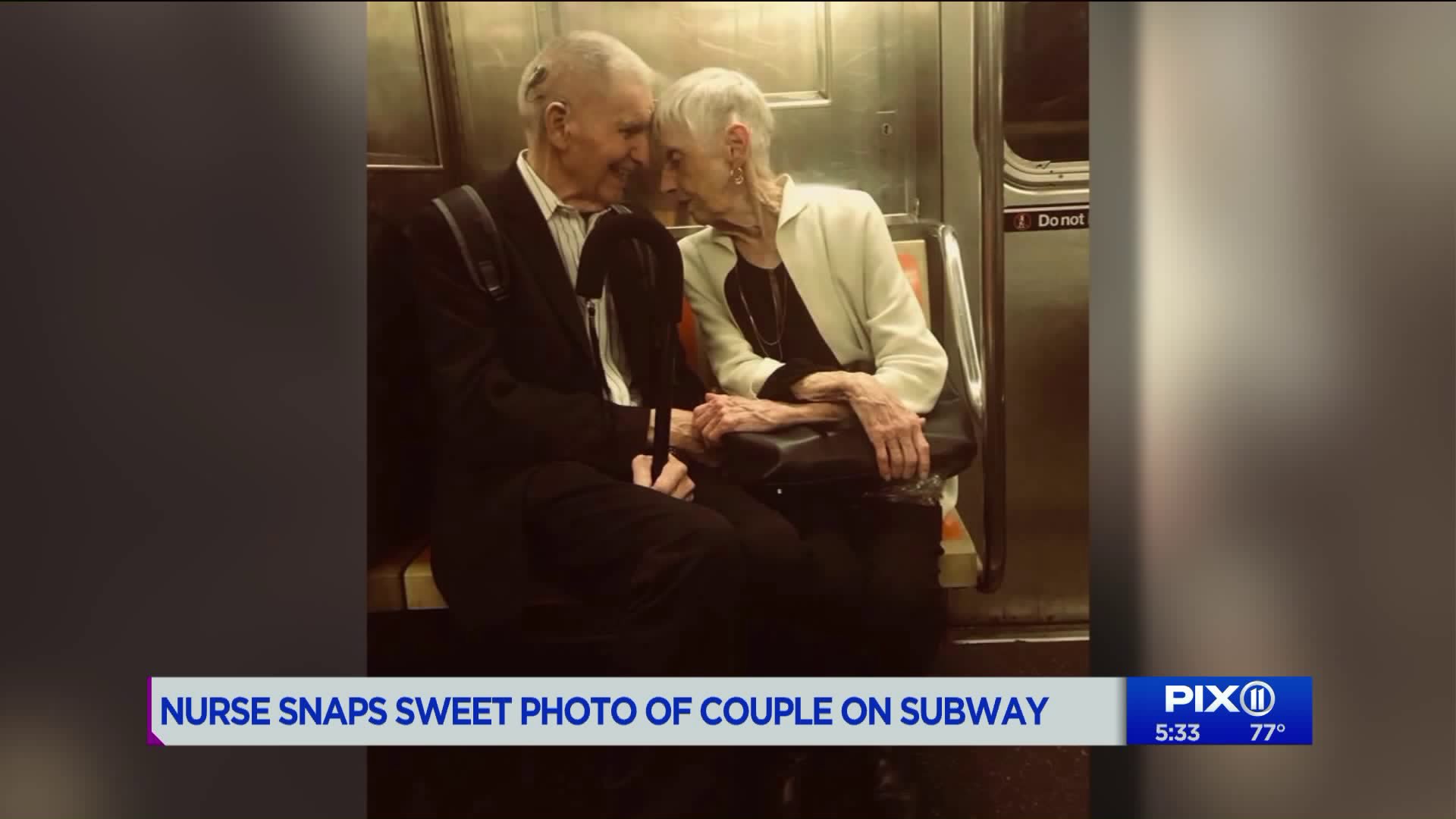 Karen Kettering Dimit recognized her in-laws and reached out to Ricker, saying "they were busted," out on a date night for their 64th wedding anniversary and the family doesn`t like them to be on the subway on their own.

A nurse on his way home from a 10-hour nursing shift at Memorial Sloan Kettering snapped a now viral photo of a loving couple, oblivious to the world around them, locked in an endearing moment on the 1 train.

The endearing moment was just what Blake Ricker needed to see after a tough day.

“You could tell they were just in awe with each other. It melted my heart,” Ricker said. “When I got off the train, I noticed how great the photo captured the moment. I was like I’ve got to find these people."

He posted the photo to Facebook and Instagram, hoping social media would work its magic to help him connect with the couple and, one week later, it worked.

Karen Kettering Dimit recognized her in-laws and reached out to Ricker, saying "they were busted," out on a date night for their 64th wedding anniversary and the family doesn’t like them to be on the subway on their own.

It turns out the couple was headed downtown for dinner after enjoying a show at Lincoln Center. Ricker said he's been told they are flattered by the attention they are receiving but, as of now, are choosing to stay out of the spotlight. Ricker hopes to meet them and print out a photo of their subway love as a keepsake.