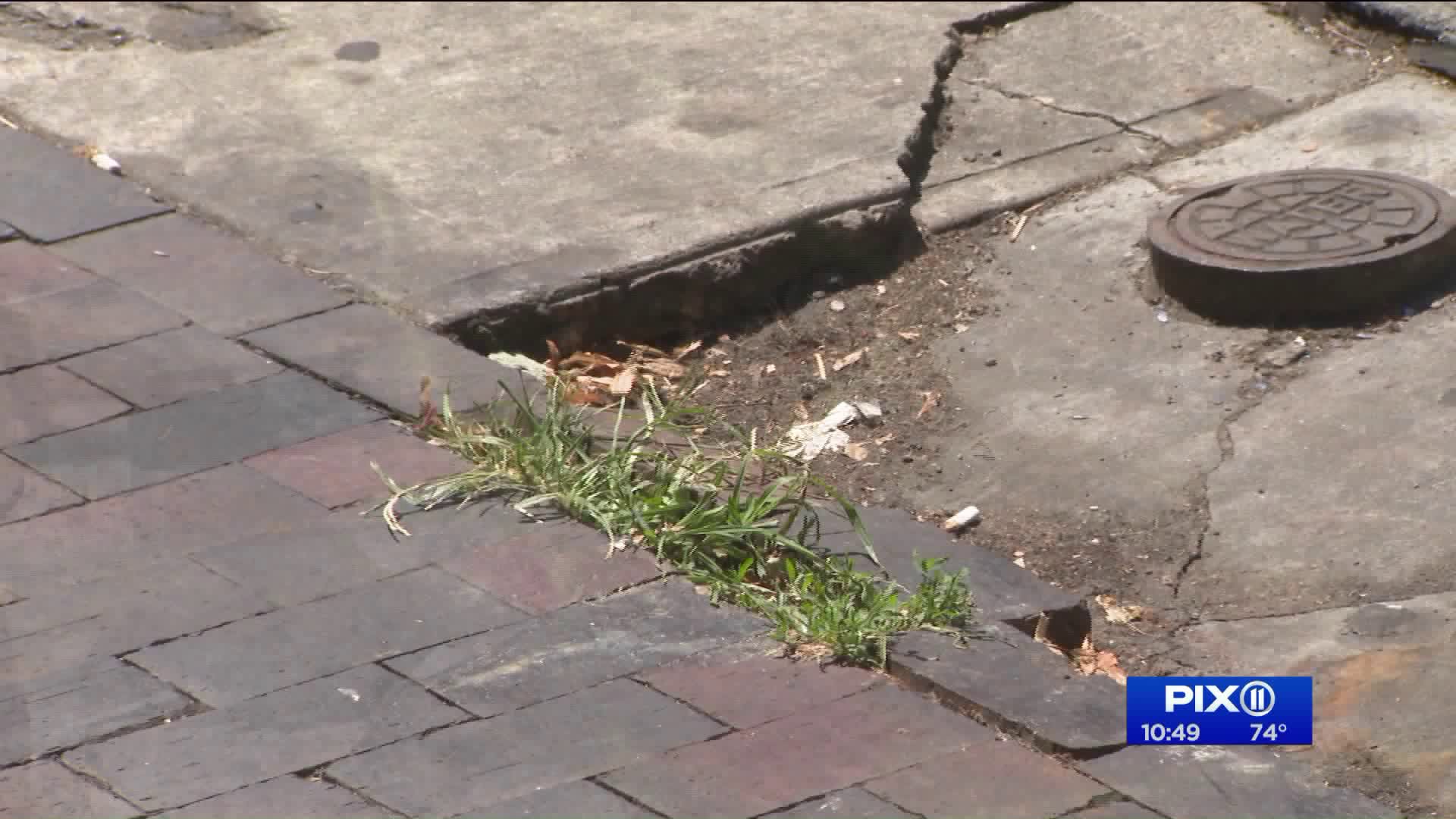 They cover a four-block stretch along Prospect Park West, from 16th street to Prospect Avenue. The decorative bricks were intended to give the area a historic look.

However, what may have been a good idea to begin with has resulted in dangerous conditions for people walking on those sidewalks.

Tom Prendergast, who has lived in the neighborhood for 50 years, dubbed this section of Prospect Park West “the boulevard of broken limbs.”

“It’s a mess and people are getting seriously injured,” he said. “The last couple of years it’s gotten really bad.”

Many of the bricks have come loose and are sticking up above the surface, caving in or missing altogether. It’s created trip hazards that can be difficult to spot unless pedestrians are looking down as they walk.

It’s so bad in the winter, Pate said, he walks on the street instead of the sidewalk.

Another long-time resident told PIX11 News they “see a lot of people fall. People broke their leg, their arm, everything.”

Assemblyman Robert Carroll said that although the NYCEDC laid down the brick sidewalks, “there was no plan or program in place to maintain them. Instead property owners along the street were required to maintain the sidewalks themselves, but were not allowed to replace them as they fell into disrepair.”

Seven months ago, Carroll met with the NYC Department of Transportation, shopkeepers and property owners, trying to come up with a plan to replace the brick sidewalks.

He, like most people that PIX11 News talked to, favors standard concrete sidewalks.

But who would pay for it?

The DOT said "property owners are responsible for the maintenance of the sidewalks along Prospect Park West. However, DOT is aware of community concerns and is exploring feasible options. At this time, we are exploring the cost of this project or a future capital project.”

If you have a story, email whatashame@ pix11.com.