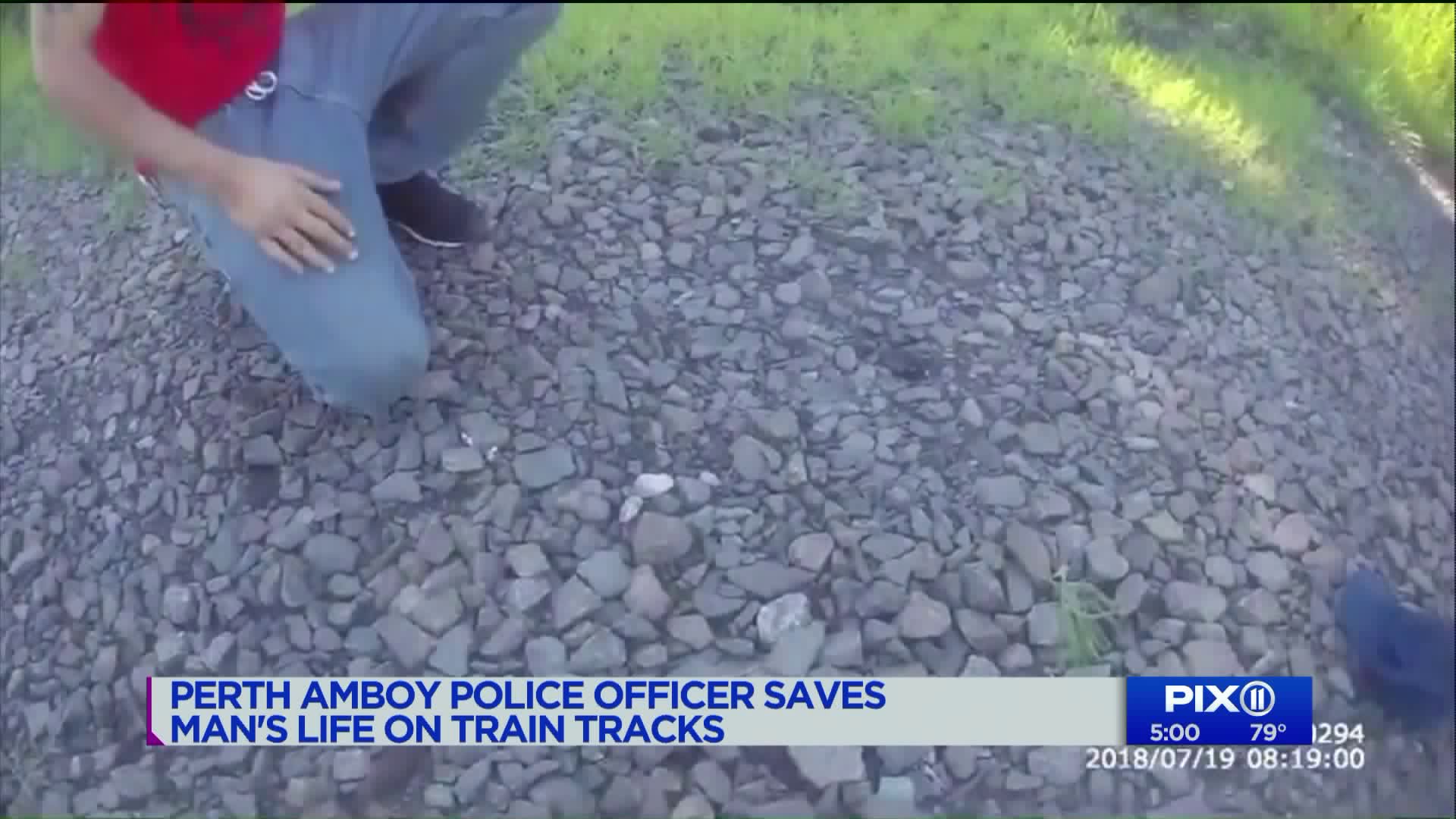 The rescue was caught on video. 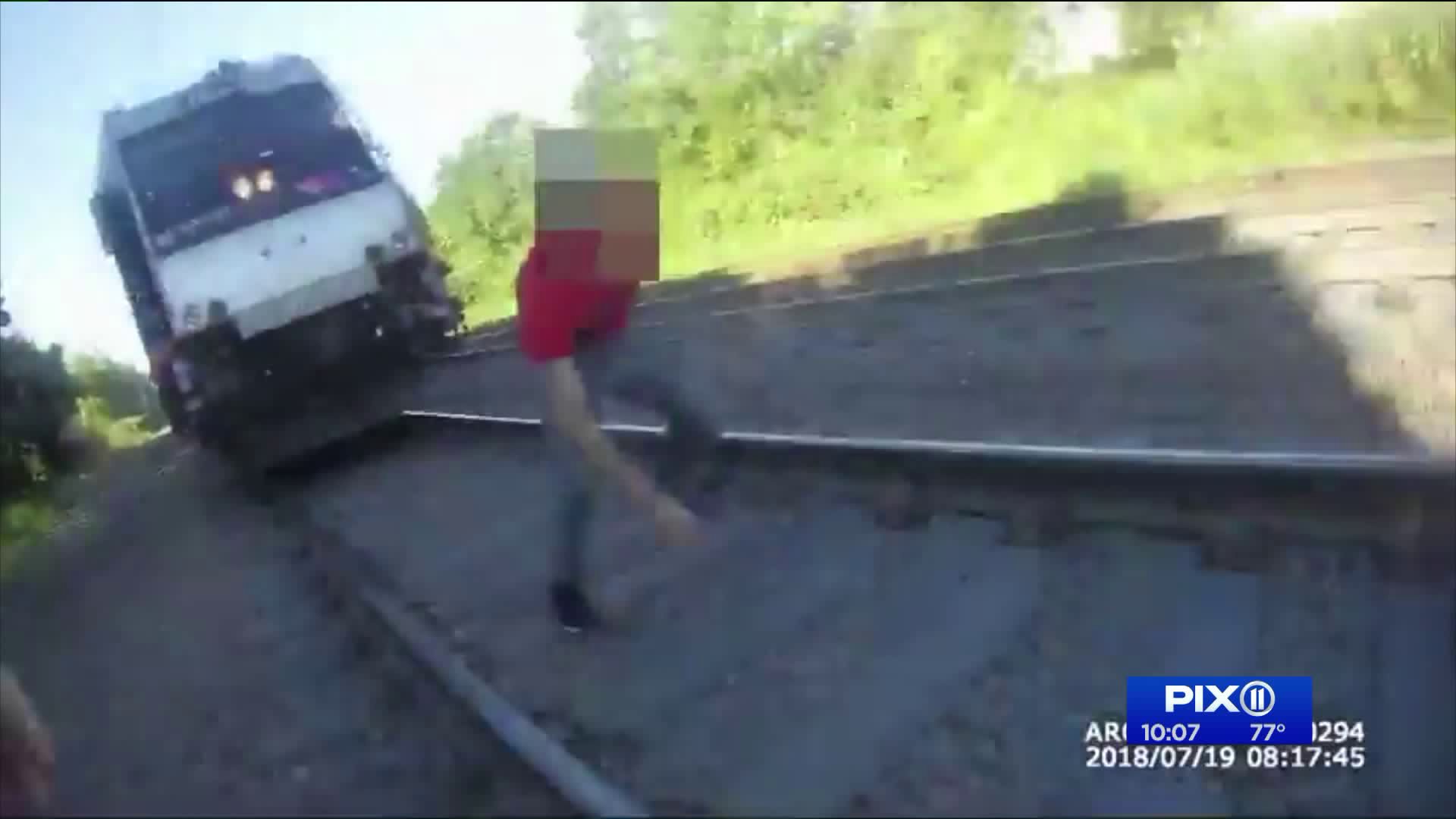 PERTH AMBOY, N.J. — Perth Amboy Officer Kyle Savoia said that without a doubt, a recent rescue was the most tense response call of his short career.

Heidi Burke, a Perth Amboy resident, was on the train platform and heading in to work the morning of July 19 and saw the whole ordeal go down.

“He started running toward the train. The train was not slowing down at all. He was just waving his arms, yelling for it to stop. You heard like, screeching, and trying to brake, and you saw, literally, like, a real life hero," Burke said. "He just jumped in front of the train. I saw the red shirt and a body attached to it go flying to one side and the cop going to the other and the train actually pulled in between them.”

The man who was rescued can be heard on body camera video talking to Savoia.

Savoia, a 22-year-old rookie, has been on the job for just seven months.

“I was very nervous that the train wasn't going to stop,” Savoia said.

The unidentified man, who witnesses said laid down on the tracks minutes earlier, was later taken to a hospital for evaluation.

"He seemed scared, nervous," Savoia said. "He didn't really know where he was."

“It has me very emotional," she said about her son. "I watched the video. I was in shock, you know? To see him do what he was hired to do, it made me very proud, to also be following in his father's and his grandfather’s footsteps."

Savoia is thankful he was able to make a difference.

“The job means everything. You come out here to make a difference in everybody’s life, no matter what, saving them, helping them. Helping them cross the street," he said. "It just makes you feel warm in the heart and good just to help somebodyand even to save somebody’s life, it’s even better.”