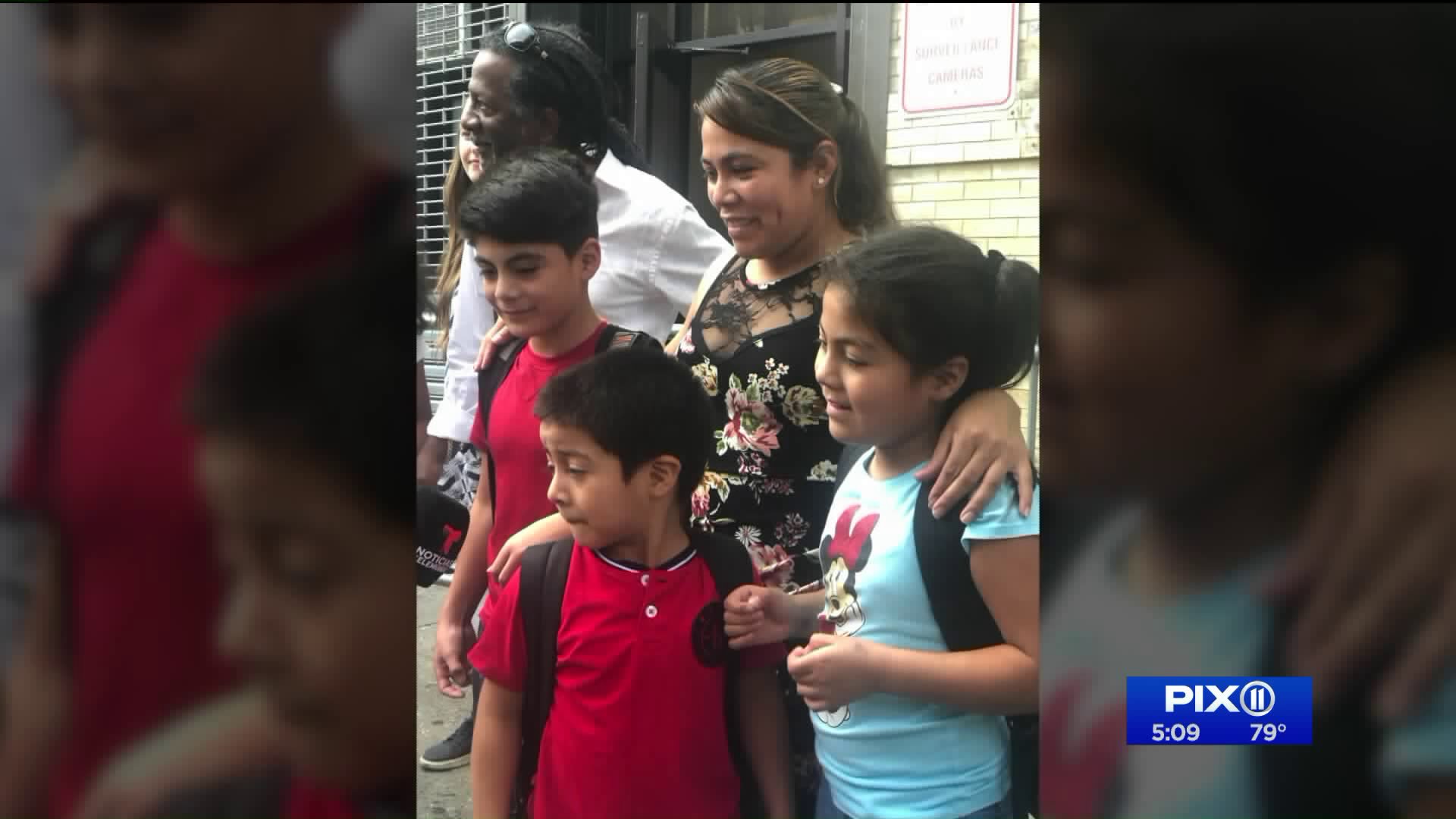 As if juggling the bustling life as a New York City mom isn`t enough, Julie Schwietert Collazo is also working around the clock bonding out migrant mothers separated from their children...through a group she founded.

Images of families separated at our borders set off a firestorm of criticism; now, with a second deadline looming for the federal government to reunite families, one group of angry New York City moms took matters into their own hands.

They've crowdfunded and raised hundreds of thousands of dollars to bond out migrant mothers. Julie Schwietert Collazo, founder of Immigrant Families Together, allowed PIX11 cameras to follow her through a typical day.

"I do definitely feel we are in week four and it feels like four years. I feel like the edges of my own life fraying a little bit," Collazo said.

As if juggling the bustling life as a New York City mom isn't enough, Collazo is also working around the clock bonding out migrant mothers separated from their children through Immigrant Families Together. Nearly every day, she describes her life as a bit chaotic as she tackles taking care of her own three children, while dealing with what appears to be non-stop phone calls and interviews with the press.

"I feel guilty for them and I also know in the bigger picture what we're doing is important," Collazo said.

At least twice a week or more, sometimes with a child in tow, Collazo comes to ICE headquarters at 26 Federal Plaza to post bond for detained mothers in Eloy, Arizona.
To date, Immigrant Families Together, a group of predominantly NYC women and mothers, has raised more than $400,000 and successfully bonded out 11 detained mothers, reuniting all but two of them with their children.

This week, however, Collazo said there are more challenges though few explanations over what has changed.

"Today was the second day in a row that has not been a success. Yesterday we found out one mother's bond had been revoked entirely and she was issued a order of deportation," Collazo said.

We reached out to Executive Office for Immigration Review, the agency immigration judges fall under, to ask about those major disparities in bond amounts for essentially the same charges, but we did not receive a response to our questions.

If you're interested in helping Immigrant Families Together, we've provided the link here. In addition to bonds, funds are used for flights, housing and reunification support for these families.