Fox that may be rabid bites 3 people in Westchester County, is still at large 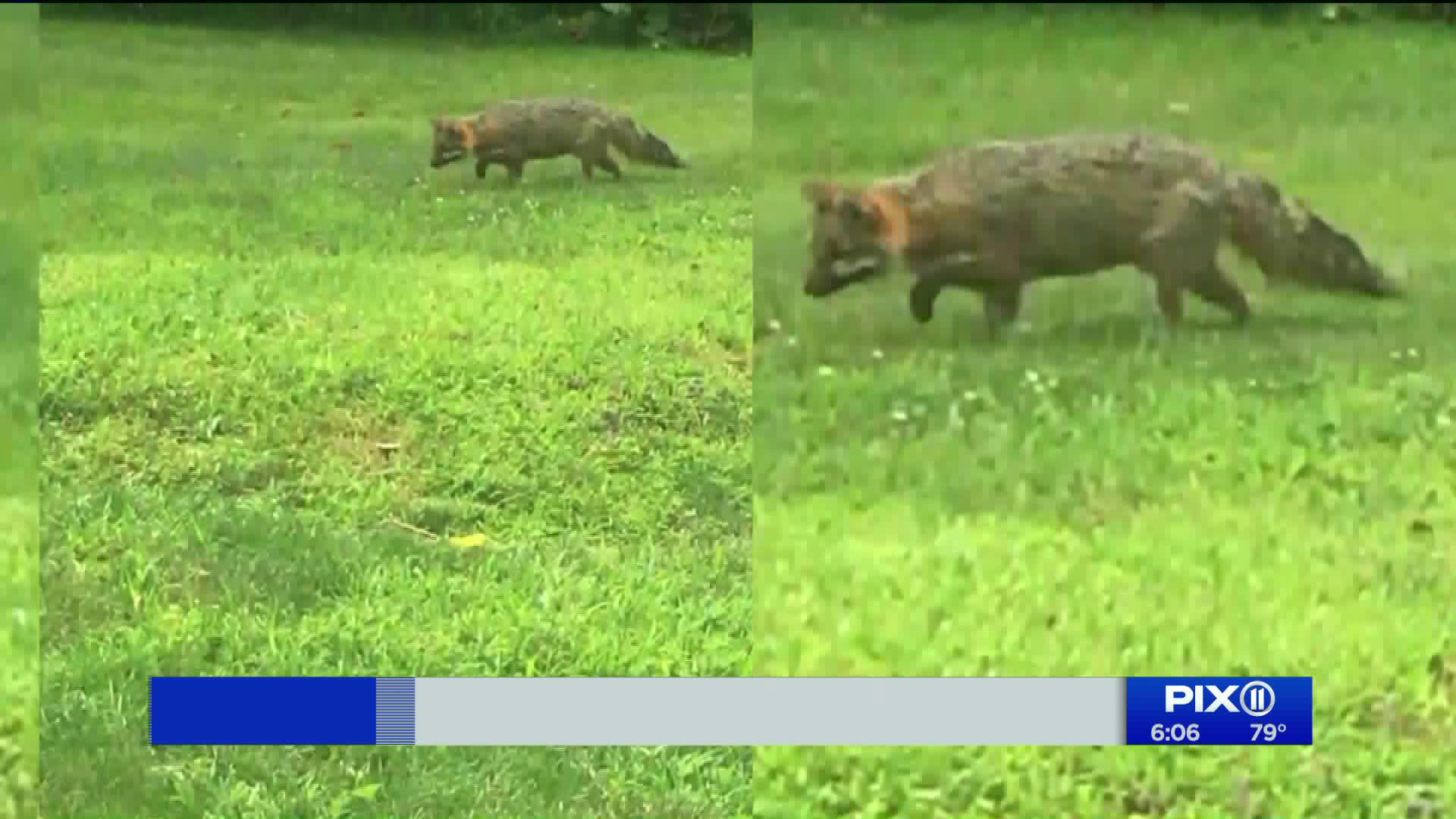 WESTCHESTER, N.Y. — The search is on for a fox believed to be rabid after three people were bitten by the animal in Westchester County over the weekend, health officials said on Tuesday.

Officials believe the fox may be infected with rabies because of its aggressive behavior.

"A rabid animal may become either abnormally aggressive or unusually tame," health officials said. "It may lose fear of people and become excited and irritable, or, conversely appear particularly passive and lethargic. Staggering and frothing at the mouth are sometimes noted."

Westchester County health commissioner Dr. Sherlita Amler told anyone who sees a fox to stay away from the animal and call police right away.

“Stay alert and closely supervise children and pets when outside,” she said.

Health officials said residents should stay away from stray or wild animals, keep their trash can lids securely sealed and not leave pet food outside.

Furthermore, residents are told to keep their pets' preventative rabies vaccines up to date. New York State law requires dogs, cats and ferrets to be vaccinated against rabies and receive regular booster shots.