Bronx bodega where ‘Junior’ was attacked reopens doors, but not for business 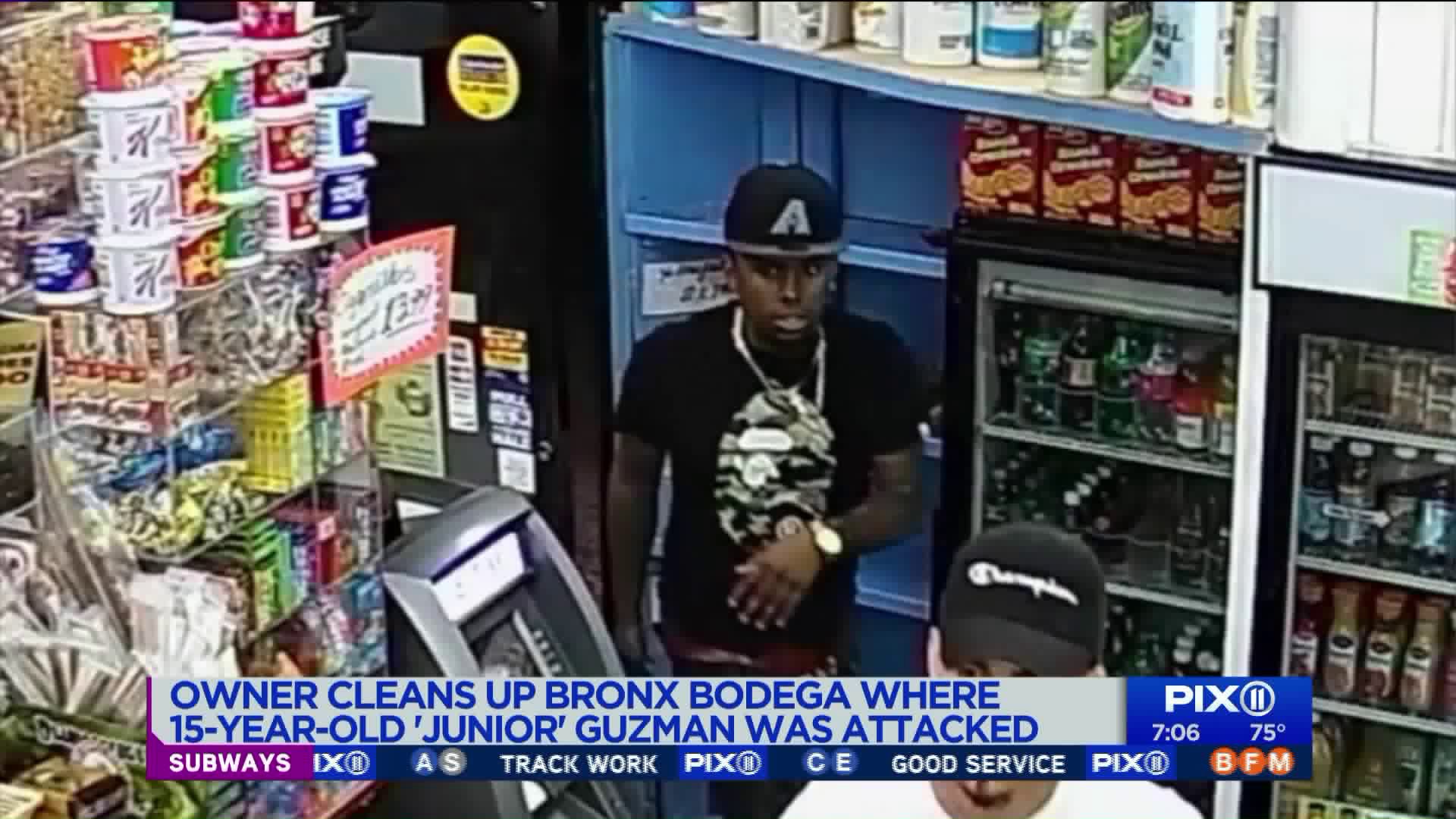 The Bronx bodega where Lesandro "Junior" Guzman-Feliz was attacked reopened its doors Monday, but not for business. Police stood guard as employees entered the store to clean up, and salvage what they could.

BELMONT, the Bronx — Employees at a bodega where 15-year-old Lesandro "Junior" Guzman-Feliz was attacked and later died nearby were allowed back into the store Monday in order to clean.

News12 cameras were rolling as employees entered the bodega at East 183rd Street and Bathgate Avenue.

Police guarded the bodega as employees cleaned the store and threw out spoiled food. Francisco Marte, a member of the Bodega Association, told the TV station all of the store's refrigerated items were bad.

Guzman-Feliz, known to family and friends as "Junior," was attacked by a group of men on June 20 and sought shelter at the bodega. The badly beaten and slashed teen died as he staggered from the store to a nearby hospital.

Calls to shutter the store came after surveillance video was released apparently showing no one inside helping the boy fend off his would-be killers.

The bodega's owner, Modesto Cruz, has since spoken out saying he did try to help Guzman-Feliz and shared additional video he said shows him helping the teen over a counter to hide from the men.

Cruz said another man who was seen pointing a mortally wounded Guzman-Feliz out of the store was telling the teen he should run to the hospital, because 911 had been called but the ambulance was taking too long.

Despite the defense, calls to close the store have continued, and Marte said the bodega employees lives have been threatened.

It is not yet known if the store will ever officially reopen to the public.

PIX11 has reached out to the Bodega Association for comment. The bodega's phone number has been disconnected.

Within weeks of Guzman-Feliz's death, 12 alleged gang members were arrested and have been charged in the case.