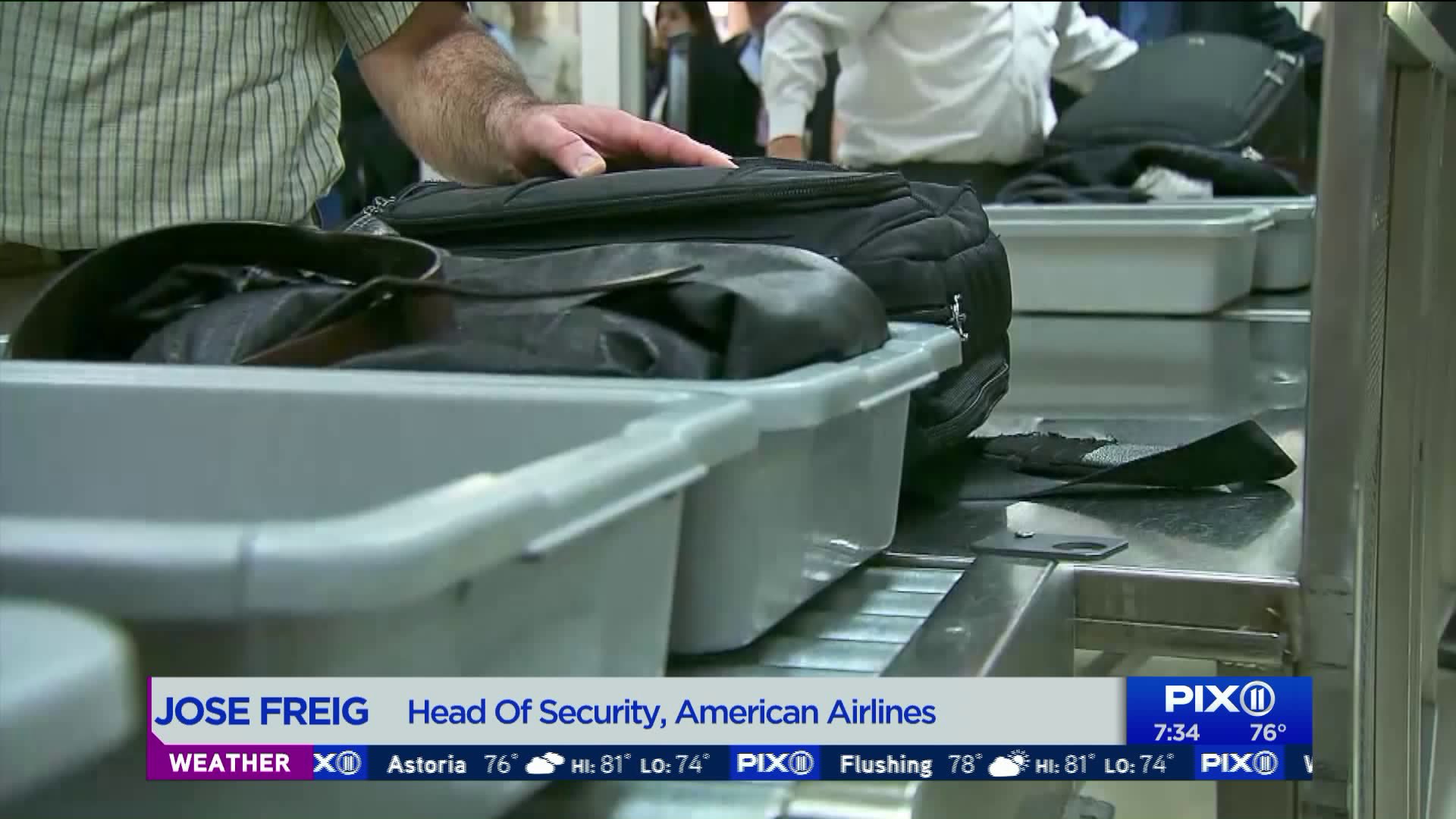 The Transportation Security Administration and American Airlines said the a test of computed-tomography scanners will happen at JFK's Terminal 8.

The machines let screeners manipulate 3-D images to get a better idea of what's inside a bag.

TSA has been running similar tests in Phoenix and Boston since last year.

TSA uses 3-D imaging to scan checked bags, but until recently the scanners have been too large and heavy for use at security checkpoints. Instead, screeners use older X-ray technology to inspect carry-on bags.

The technology could usher in a "new era" for travelers in which those in non-pre check lines don't have to remove liquids and electronics, Jose Freig, head of American Airlines security, said.