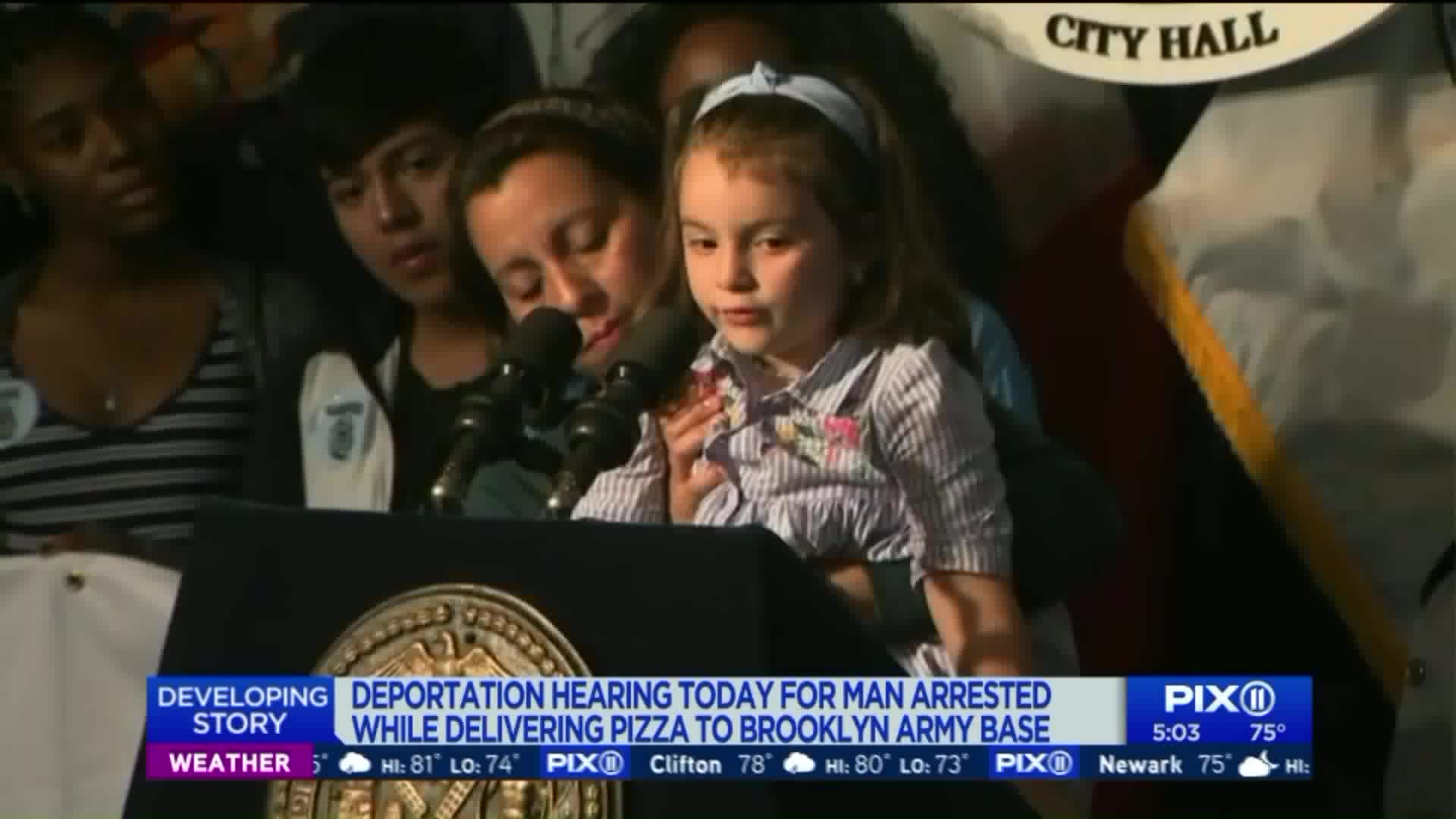 On the eve of an important court date, a rally was held at Brooklyn`s City Hall in support of a deliveryman slated for deportation after he tried to deliver pizza to an Army base. It has been 52 heartwrenching days since Pablo Villavicencio was separated from his family. 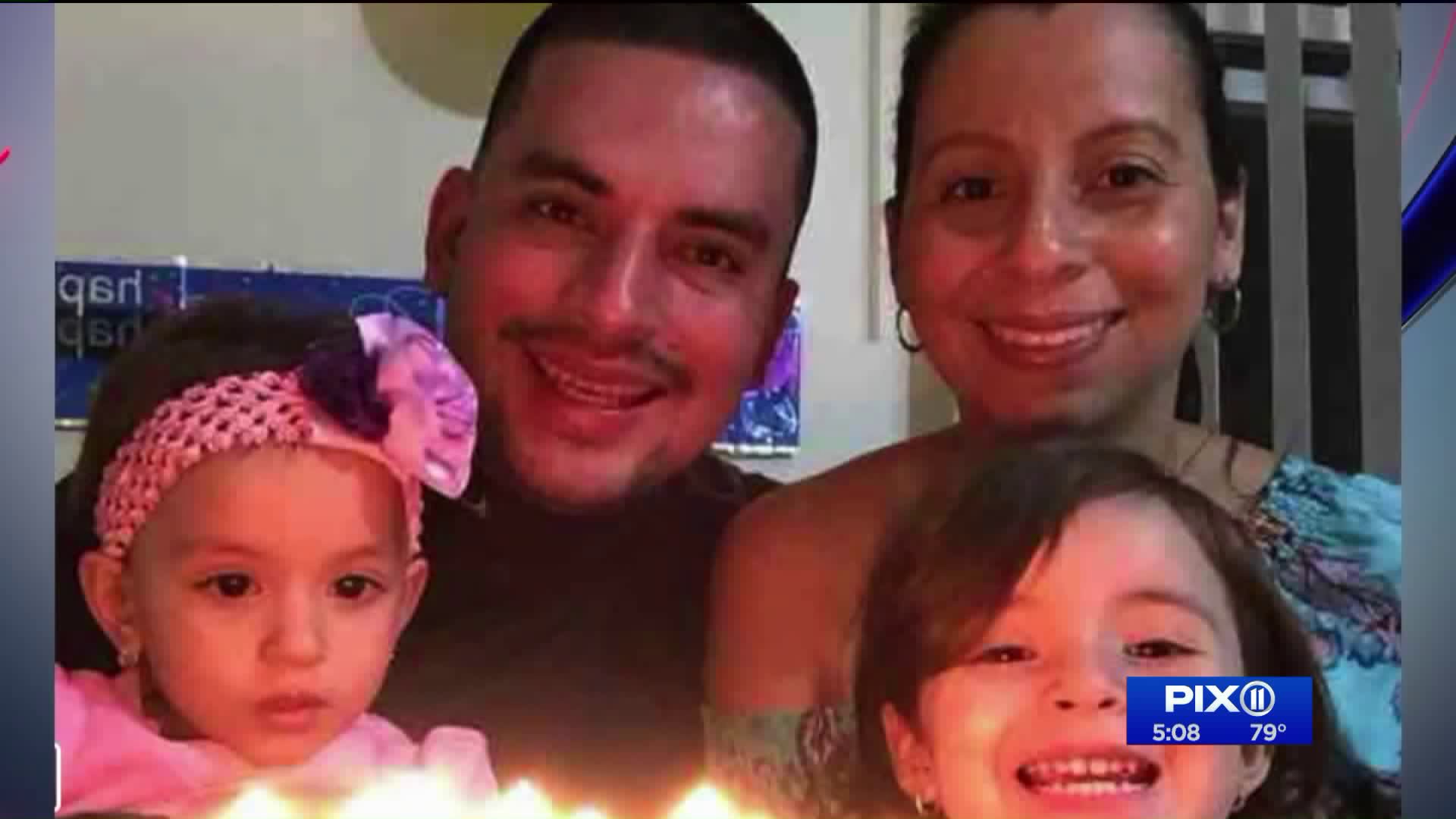 BROOKLYN, N.Y. — On the eve of an important court date, a rally was held at Brooklyn's City Hall in support of a deliveryman slated for deportation after he tried to deliver pizza to an Army base.

It has been 52 heartwrenching days since Pablo Villavicencio was separated from his family.

Supporters joined City Council Speaker Corey Johnson, Villavicencio's wife and their two young daughters -- Luciana, 4, and Antonia, 2 -- on Monday afternoon. They made an impassioned plea for his immediate release.

“Each and every day has been really painful without him,” wife Sandra Chica said.

But it’s all up to the U.S. Immigration and Customs Enforcement (ICE).

A federal court judge is set to hear Villavicencio’s case on Tuesday.

“Is it really too much for me to ask the judge to keep my family together?" Chica said. “Pablo wasn’t doing anything wrong. He was just working for his family.”

Villavicencio’s ordeal began June 1. He kissed his wife and girls goodbye, left his Long Island house and headed to his job at a Bay Ridge pizzeria, but he never made it home.

He was arrested while making a delivering to the Fort Hamilton Army Base. He showed his New York City ID card but guards demanded more. They did a check and found a decade-old deportation order against him.

Since then, he’s been held at an ICE detention center in New Jersey, missing important milestones like his wedding anniversary, Father’s Day and Luciana’s fourth birthday.

Villavicencio was almost deported back to his native Equador last month but a stay was issued.

“Tomorrow, we remain hopeful the District Court judge will end this nightmare for Mr. Villavicencio’s family,” said Jennifer Williams, with Legal Aid Society, who has been representing him.

His supporters are demanding his immediate release, citing the fact that his application for permanent residency has been pending and he has no criminal record.

“Pablo was working to support his wife and two daughters all American citizens when he was detained as part of President Trump’s cruel and guided immigration policy,” City Council Speaker Corey Johnson said.

Gov. Andrew Cuomo has also called for an investigation into ICE’s handling of the Villavicencio case.

Supporters and advocates plan on holding another rally at 9 a.m. Tuesday outside the Federal Courthouse on Pearl Street.

According to Legal Aid attorneys, anything can happen at the hearing. His detention can continue, he can be deported, a decision can be delayed or, the best case scenario for this family, he can be immediately released.