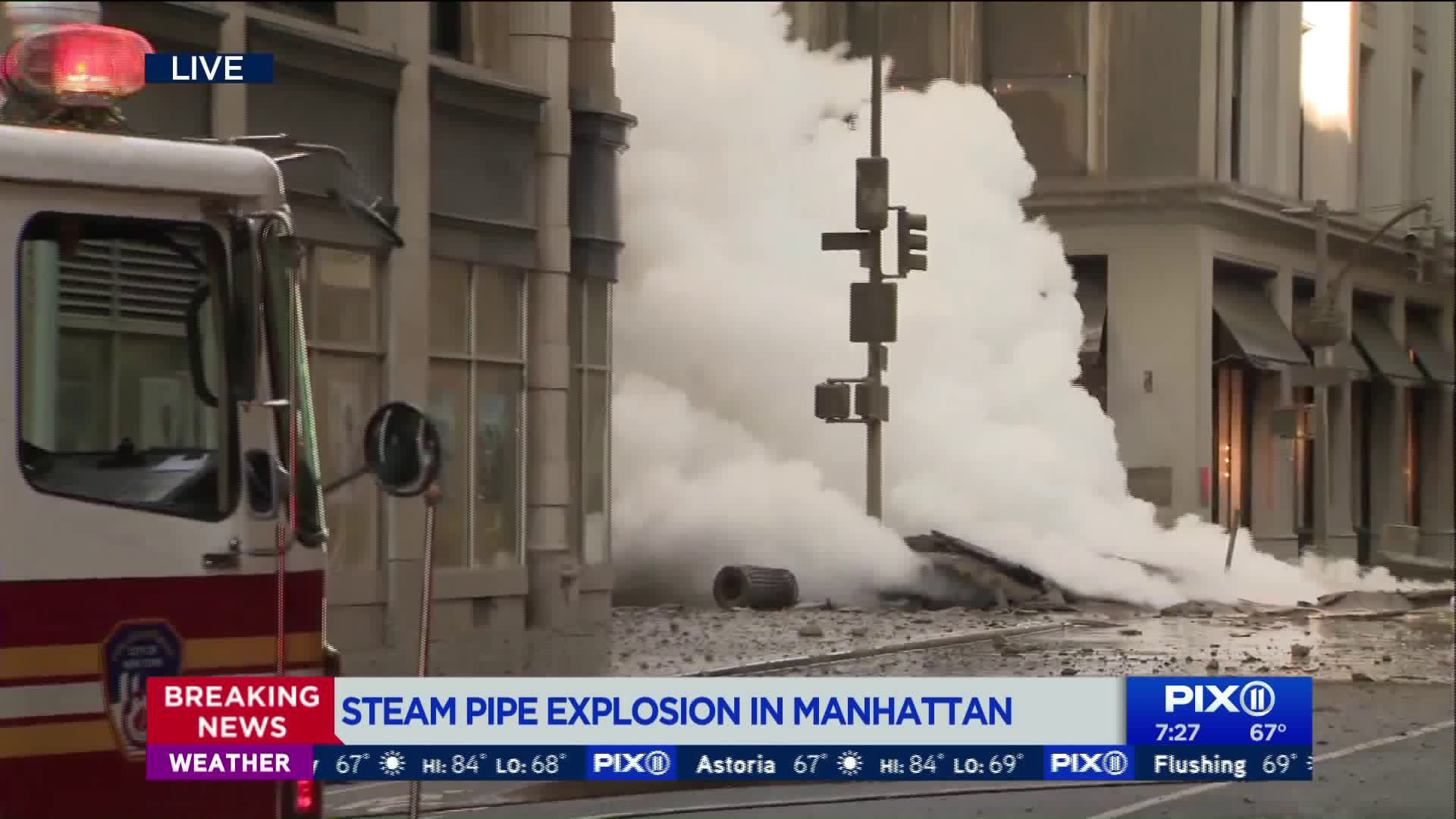 Huge billows of steam rose above Manhattan after a steam pipe exploded in the borough's Flatiron District on Thursday. 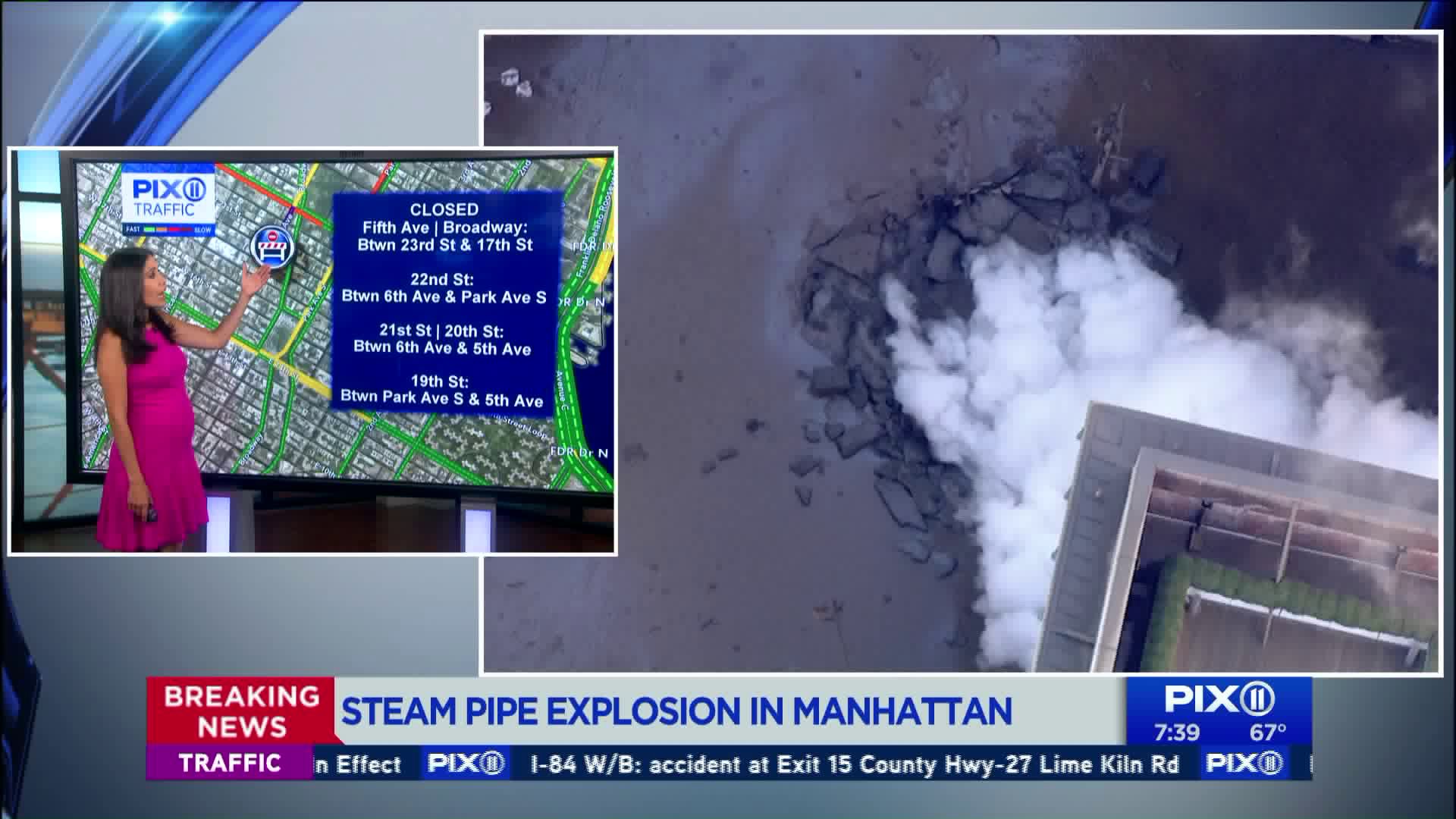 MANHATTAN — A steam pipe explosion in the Flatiron District disrupted transit across the city Thursday and forced an anticipated days-long closure of a portion of Fifth Avenue near the so-called hot zone blast site.

The steam pipe burst happened at about 6:40 a.m. along Fifth Avenue between West 21st and West 22nd streets. Billows of steam shot from a large hole in the area for hours.

Nearby residents were evacuated and likely won't be allowed into their apartments or office buildings for a few days, Mayor Bill de Blasio said.

Samples from the blast site tested positive for asbestos, officials said. Con Edison has warned locals to shower and bag their dust-covered clothing in case of possible asbestos contamination.

Multiple people, including three civilians and a police officer, suffered minor injuries from flying pebbles and debris, according to FDNY Commisioner Daniel Nigro. He said they were treated at the scene.

For others, the situation snarled the morning commute and the travel changes are expected to remain in effect for hours.

Fifth Avenue is shut down around the blast site and is expected to be closed for days while crews decontaminate the area.

The following changes are in effect as of 2 p.m.:

R and W trains are bypassing 23 St in both directions; as an alternative, riders can use the 14 St-Union Sq or 28 St stations

M23-SBS buses are detoured as follows:

Fifth Avenue between 19th and 22nd streets will be closed to traffic for days, likely through the weekend