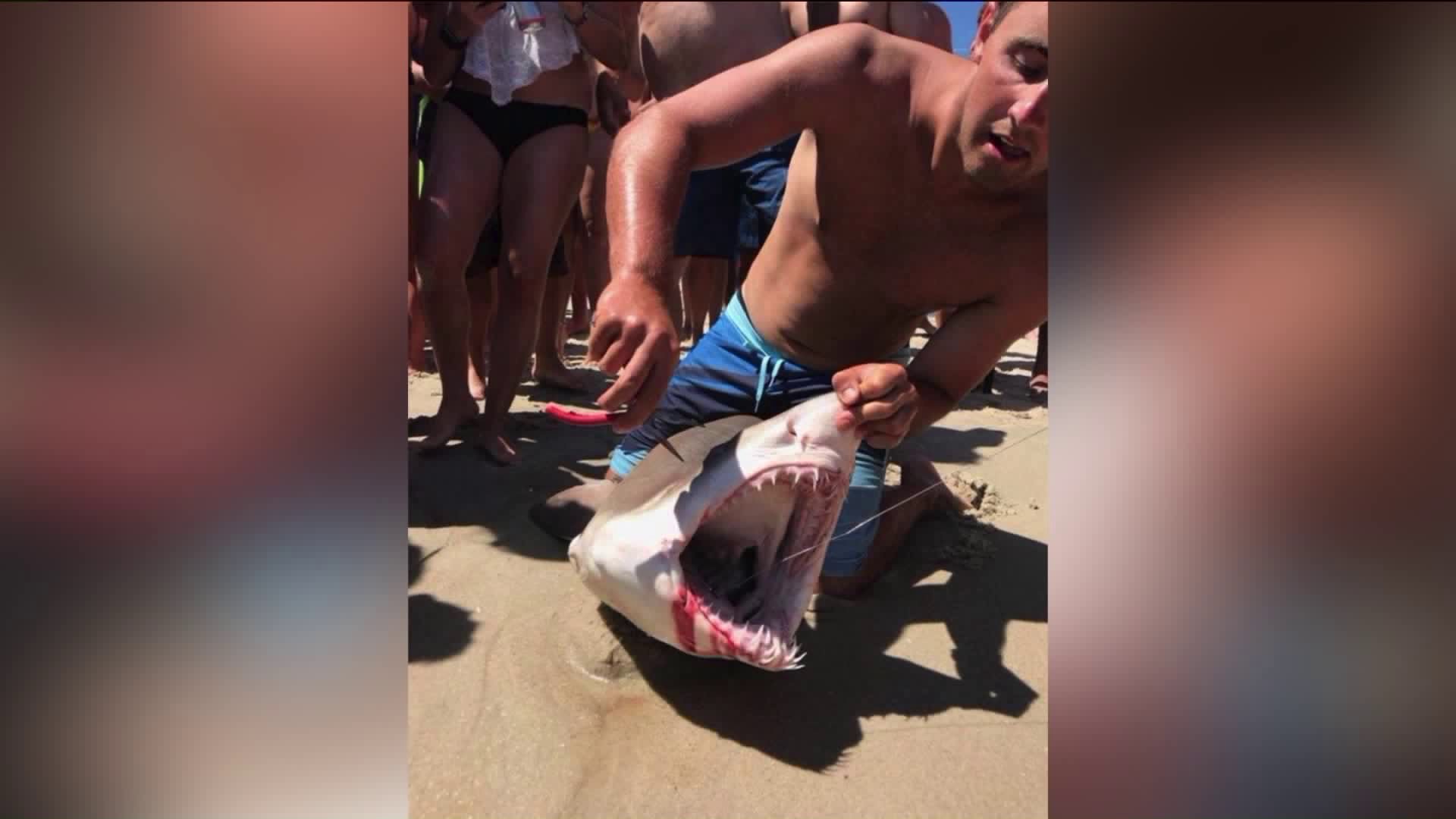 Two sharks have been caught off the coast of Fire Island beaches after two children were bitten in possible shark attacks, Islip officials confirmed Thursday. A 12-year-old girl and a 13-year-old boy were both injured. 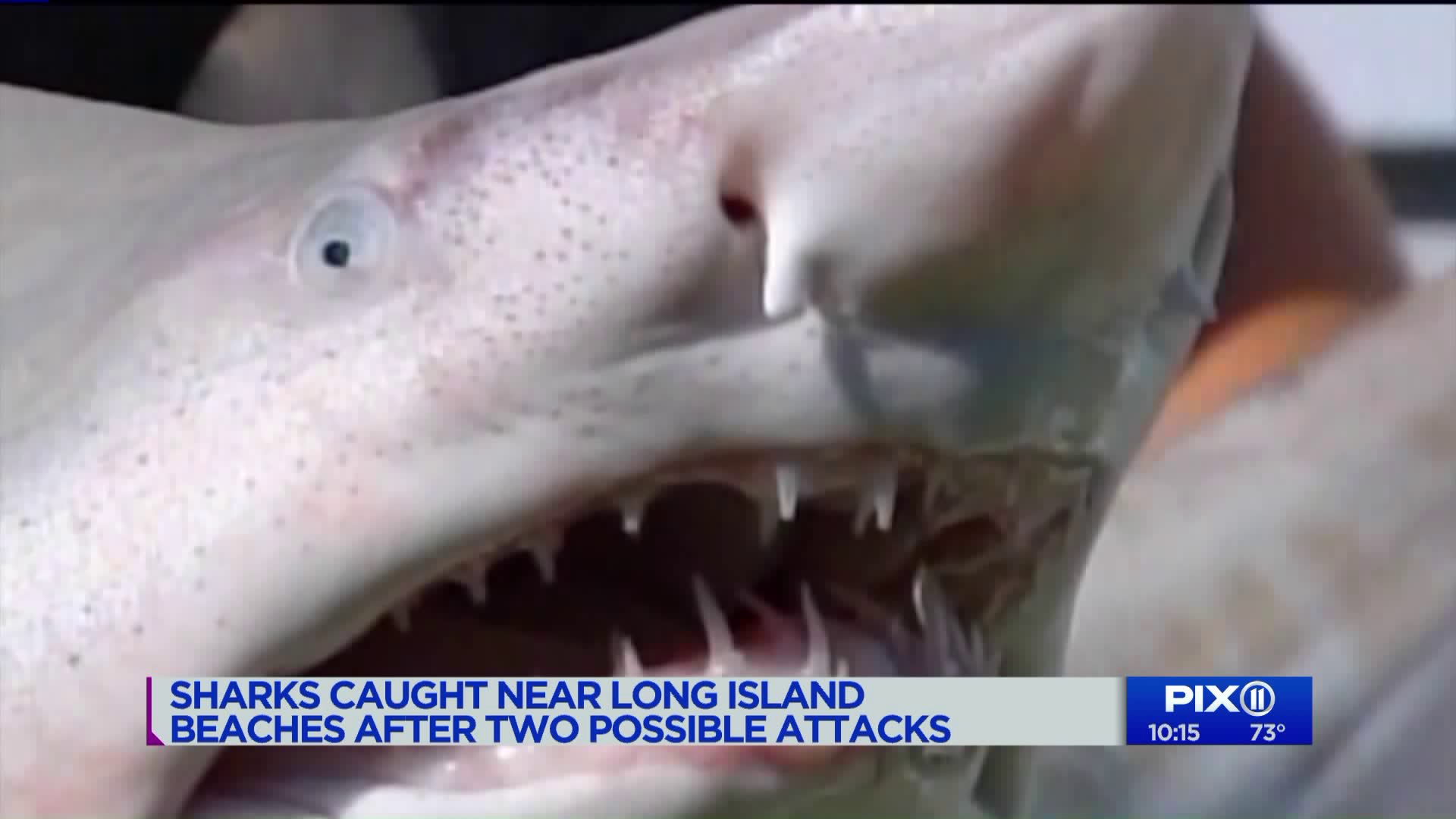 A fisherman caught an 8-foot sand shark off of Atlantique Beach Thursday morning.

A small shark was caught off the coast of Kismet Beach in Fire Island Wednesday afternoon, almost 2 miles away from Atlantique Beach, officials confirmed.

Images surfaced Thursday showing a man apparently removing a hook from a shark at Kismet Beach as a crowd of onlookers watched, and took pictures and video with their cellphones.

The sharks were caught after two children were bitten in possible shark attacks at Fire Island beaches. A 12-year-old girl was injured at Sailors Haven beach at 11:24 a.m. Wednesday, and a 13-year-old boy was hurt minutes later at Atlantique Beach.

Beaches reopened Thursday morning following the incidents, with lifeguards reporting for duty starting at 11 a.m., a spokesperson for the Town of Islip said.

The town is continuing to monitor the beaches throughout the day and make necessary recommendations when appropriate, the spokesperson said.

As a precaution, the town recommends children who are part of the town camp to stay out of the ocean along Atlantique Beach because of the shark caught Thursday.

Anyone else can swim at their own risk.

It was not immediately known what the fisherman and officials will do with the sharks.