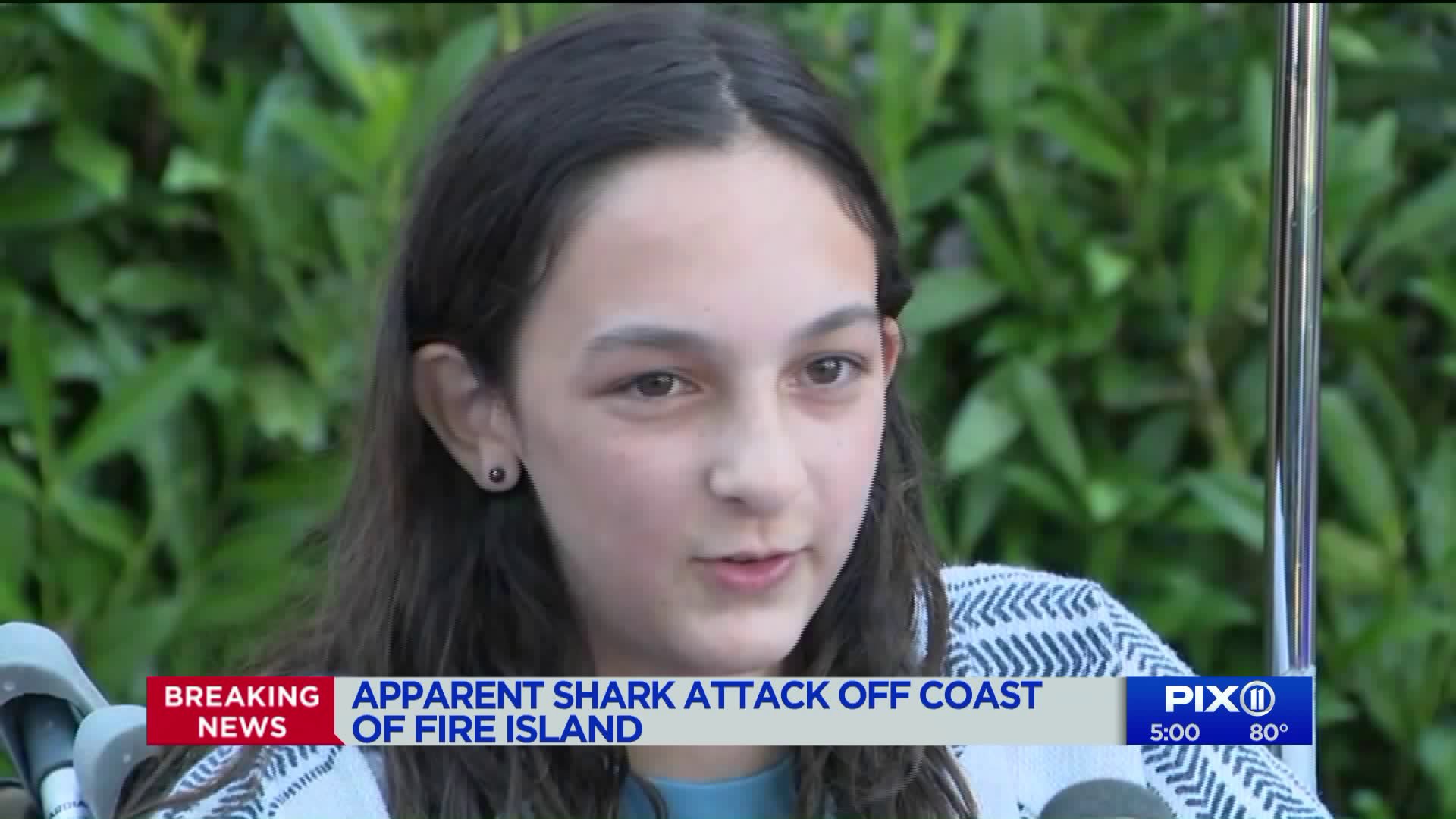 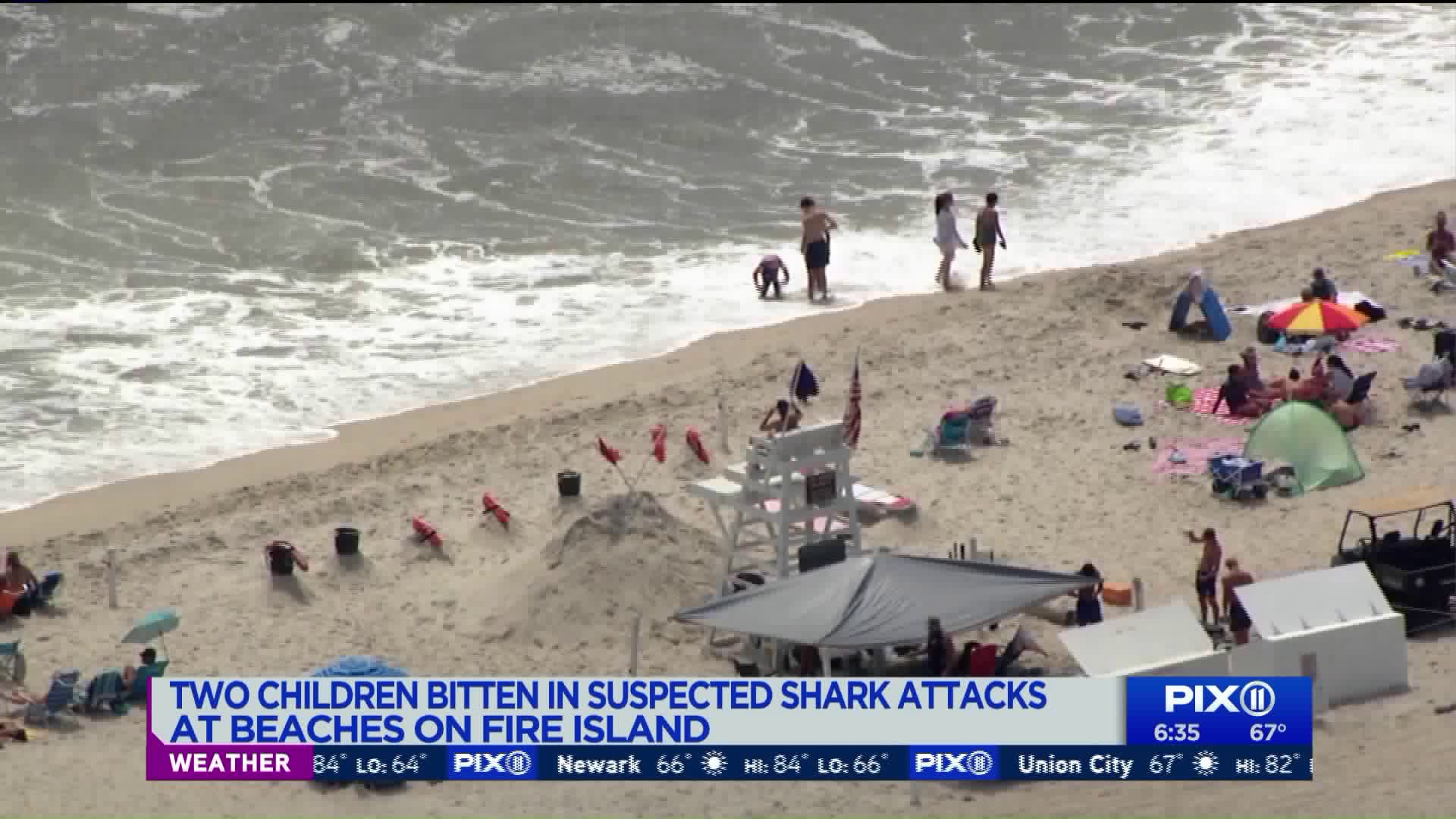 A 13-year-old boy at the ocean with a camp program was injured at Atlantique Beach and hospitalized in Bay Shore.

He was boogie boarding in the waves when he was bitten, according to officials with the town of Islip. The boy walked out of the water with "a series of puncture wounds" to his leg and was treated by a lifeguard - who is also a medical student - at the scene.

When EMTs arrived, they removed a tooth still lodged in the boy's leg. That tooth is being analyzed, the town said.

In the incident at Sailors' Haven Beach, a 12-year-old girl was with her family just a few feet off shore when she started flailing her arms. The girl, who was stricken near the lifeguard stand, had leg injuries consistent with that of a bite, officials said.

Speaking outside the hospital where she was treated, the girl recalled the moment she was bitten.

“I thought it was a dream,” she said. “I didn’t think it was actually happening.”

She said she was swimming in waist-deep water when suddenly she saw “something” next to her then felt pain. When she looked down, she saw a tan-colored body and a small fin.

“I thought it was a shark because we were at the beach and it’s not like there would be a tiger or something,” she said with a laugh.

She said she ran out of the waves and toward her mother. A lifeguard nearby helped to clean her wounds before she was taken to a hospital.

The incoming seventh-grader wasn’t treated with stitches yet because the wounds are too deep, her dad said.

She said despite the scary encounter, she’ll still go into the water again — but she’ll be more careful.

Her mom said she's signed up to attend the same camp program that the bitten 13-year-old boy was part of and she's still "gung-ho" to go in a few weeks.

Both victims' injuries are non-life threatening, according to police.

All beaches operated by the town of Islip are closed for the rest of the day. Nearby, Robert Moses Beach was closed after the incidents.

Islip officials will make a determination Thursday if swimmers will be allowed back into the ocean, but noted that this is an unusual situation and were taking it as an "opportunity" to remind beachgoers to be careful.

"The water is beautiful. It is magnificent here on the south shore of Long Island, but the water can be treacherous so you need to be careful at all times," Carpenter said.

For years, researchers and scientists have been trying to discover if the Long Island shoreline is a nursery for sharks.

Back in 2016, PIX11’s Dan Mannarino joined part of a two-week expedition aboard the MV Ocearch, a converted crabbing vessel that has been specially designed to handle the capture of a great white for research purposes, and find out why there was an increase in shark sightings along the Long Island shorelines.