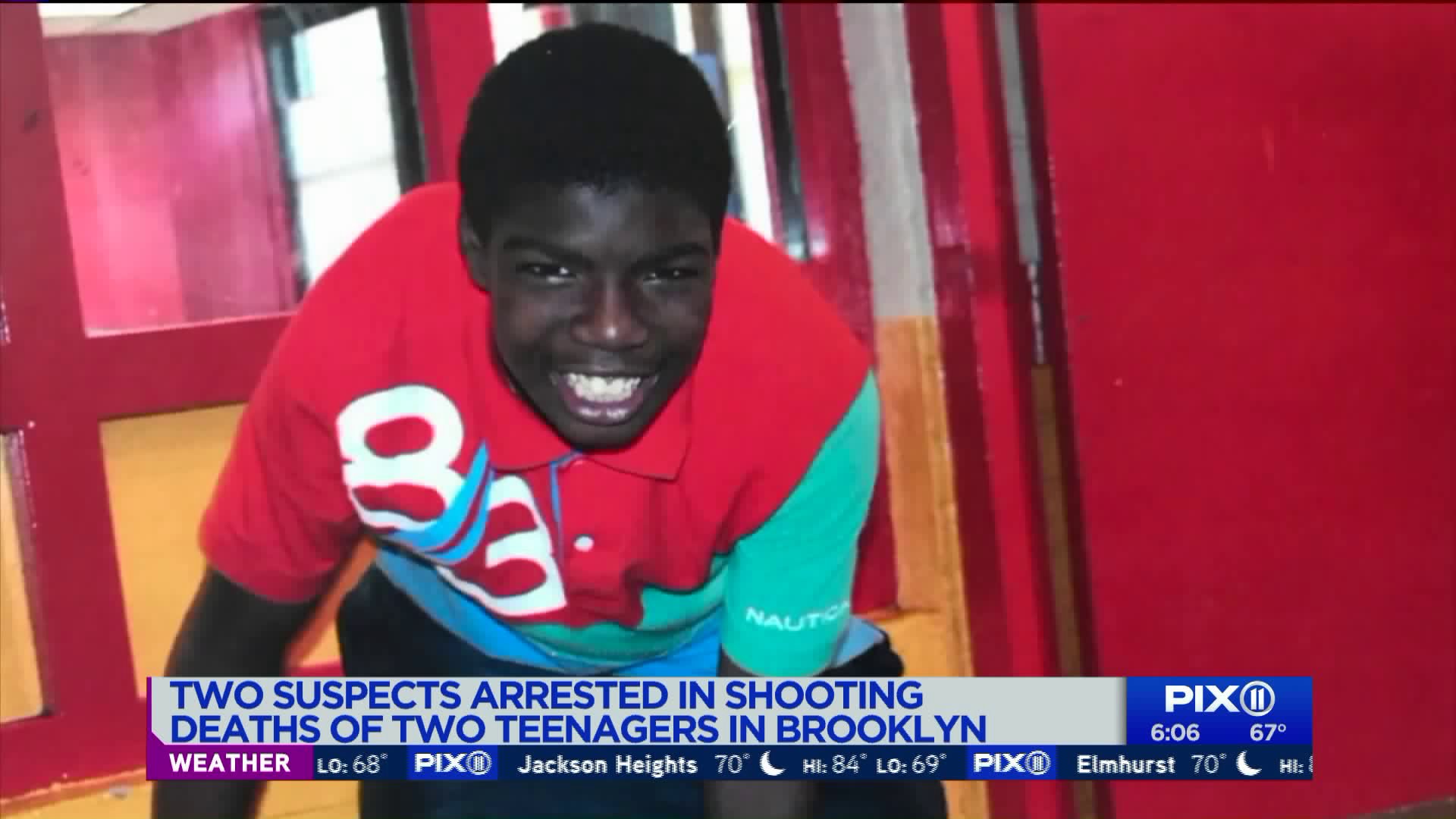 WILLIAMSBURG, Brooklyn — A 19-year-old has been arrested in the death of a 15-year-old boy who was gunned down in Brooklyn Tuesday afternoon, police said.

Kyon Jackson was shot repeatedly in the torso near a playground at Bushwick Houses just before 3 p.m., an NYPD spokesperson said. The teen was rushed to a hospital but did not survive.

Elijah Harris, 19, of Brooklyn, was arrested Wednesday and charged with murder, assault, criminal possession of a weapon and reckless endangerment, police said.

A 42-year-old man was also shot at Bushwick Houses. The victim, a homeless man, was living in a shelter but was at Bushwick Houses to visit friends. Police believe he was a bystander and not the intended target of the shooting. His left cheek was grazed by a bullet.

Jackson was his mother’s only child, family members said. He loved to play sports and worked at the community center.

“He was full of life,” Sarah Jackson, the teen’s aunt, said. “I just can’t believe that he’s gone.”

Candles were placed in front of the building where he was raised.