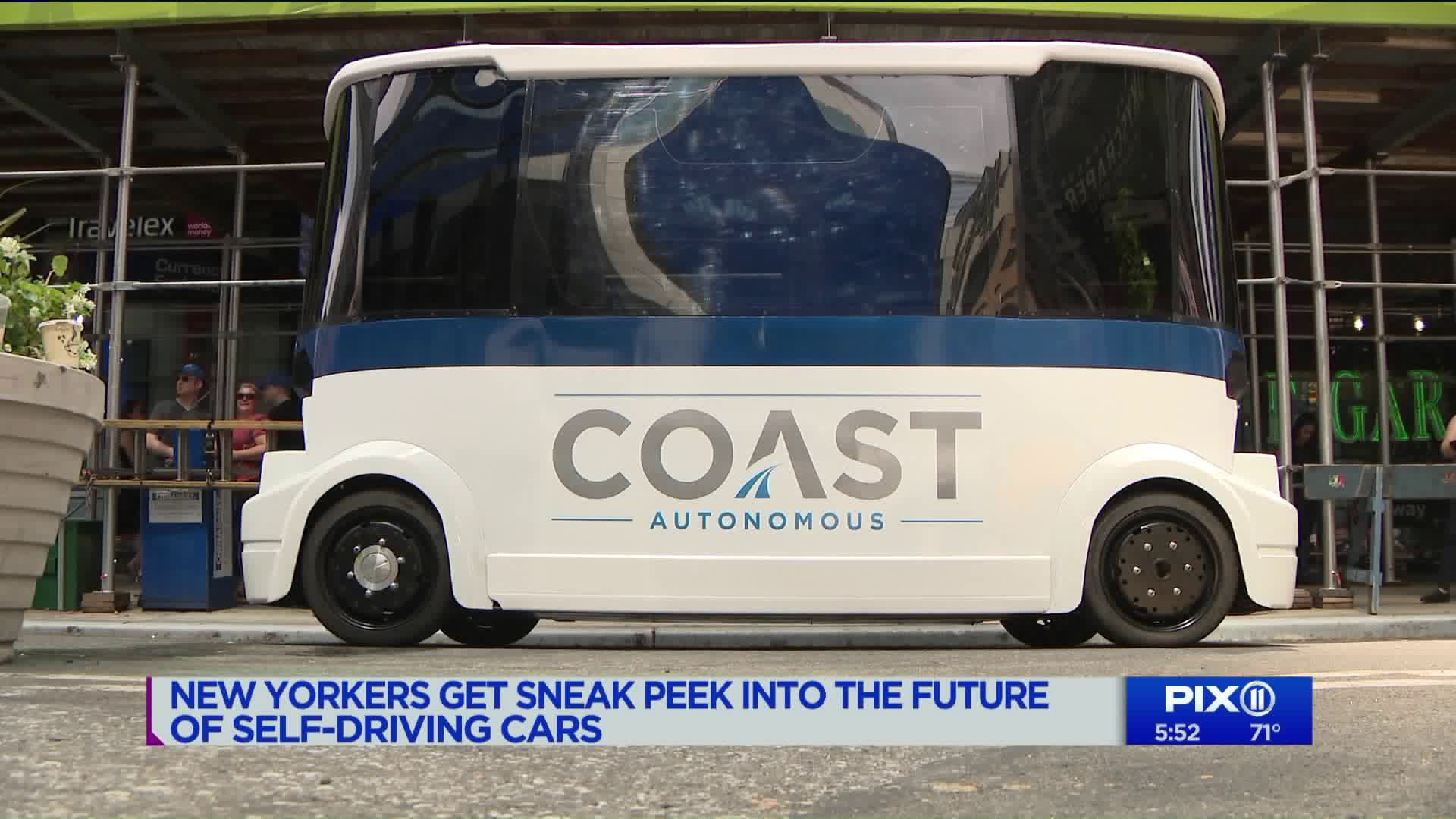 The Coast Autonomous shuttle drove through Times Square on a closed course between 47th and 48th streets. While it`s not ready for the crowds of pedestrians just yet, developers expect the driverless shuttle to be on the road and carrying customers within three years.

TIMES SQUARE — New Yorkers got a sneak peek into the future of transportation Tuesday as the first driverless shuttle drove through the heart of New York City.

The Coast Autonomous shuttle drove through Times Square on a closed course between 47th and 48th streets. While it's not ready for the crowds of pedestrians just yet, developers expect the driverless shuttle to be on the road and carrying customers within three years.

"The whole objective is to make it easier for people to get around and that means you're not going to be waiting as long for a vehicle, you're going to be able to get on and get off," said Rick Baker, former mayor of St. Petersburg, Florida and the head of urban deployment for Coast.

The electric vehicles hold up to 20 passengers and are handicap accessible, although they still have a few logistics to work out.

The shuttle tops out at 20 mph, making it ideal for trips on college campuses, amusement parks or between major transportation hubs, like from Penn Station to Grand Central Terminal.

"The last mile is often the biggest problem, getting from the metro to the office, so we think there's an enormous market," said managing director Adrian Sussmann said.

With no steering wheel or pedals, the shuttle operates on a predefined route like a bus. It also can be called, like a ride-share service, using a smartphone app during off-peak hours.

However, because the vehicle only drives at low speeds, its sensor system costs just a fraction of the ones needed for cars driving on highways.

The company wasn't able to demonstrate how it would navigate traffic, crowds or general rules of the road because of permitting issues, but lower speed means less risk.

Coast hopes its vehicles will win over skeptical riders who are worried about the safety of automated driving.

Sean Keating and his family said they'd be on board to give it a try.

"Oh, I think that's a great way to start rather than freeways or parkways — starting out slower, not as high-speed areas," he said.

His son said he'd trust it more than a cab ride.

But the true test will come in rush-hour traffic.