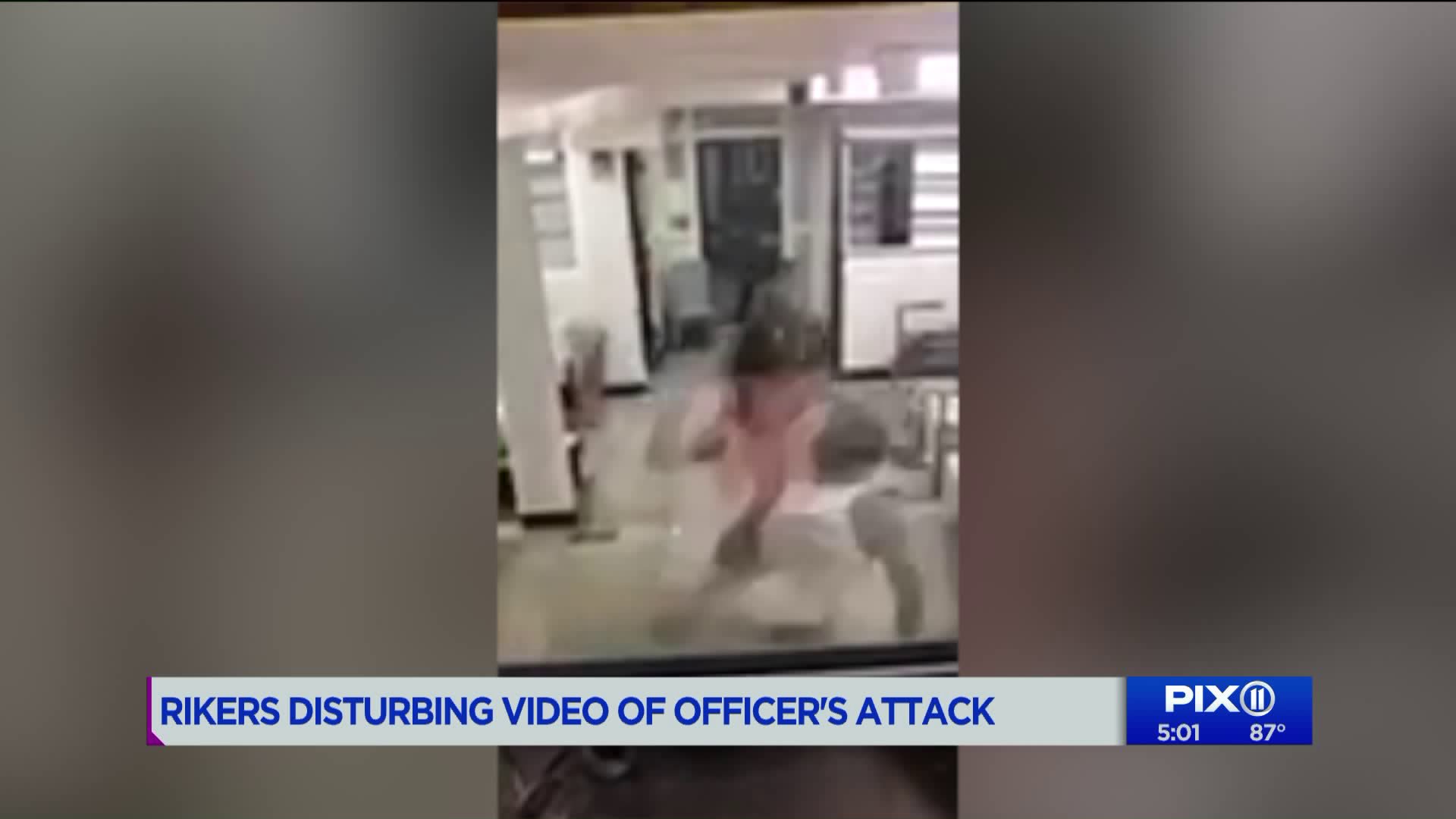 A Rikers Island correction officer was slashed by a gang member Friday night, authorities said. A dispute broke out between inmates at the Anna M. Kross Center, the largest jail facility in Rikers, when the correction officer interceded, officials said.

A dispute broke out between inmates at the Anna M. Kross Center, the largest jail facility in Rikers, when the correction officer interceded, officials said.

One inmate, who authorities say is a member of the Bloods gang, displayed a weapon, said officials.

During the officer's struggle with the inmate, the inmate broke free and slashed the officer on the left side of his face, leaving a three-inch slash wound, according to officials.

The officer was treated by medical personnel.

A Correction officer was slashed in the face by a gang member at Rikers Island July 13, 2018. (Twitter/ @NYCCOBA1)

The Department of Correction said they re-arrested the inmate, who sources say will be placed in punitive segregation.

"We have taken immediate action and re-arrested this inmate for this attack on our officer who was trying to keep this inmate safe after a fight with other inmates," said DOC Deputy Commissioner of Public Information Peter Thorne.

Officials with the Correction Officers' Benevolent Association said they sent a letter to the Department of Correction, calling for inmates in the section of the facility to be kept in jail cells due to the danger around them, but the department ignored their requests.