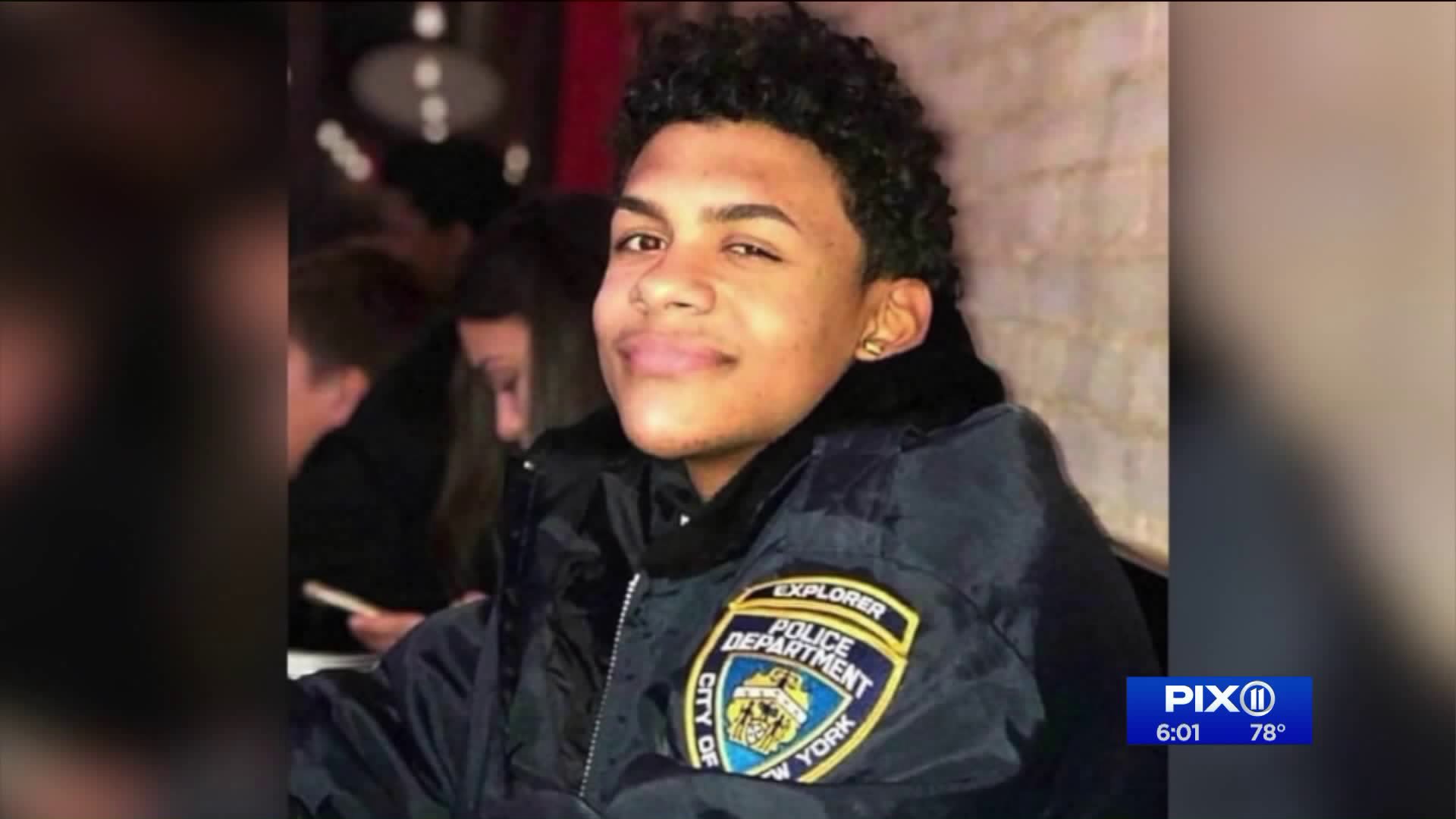 The investment in opportunities for Bronx youth and prevent violence comes after Guzman-Feliz was chased, dragged from a bodega and set upon by a gang of men armed with knives and a machete. He suffered a lethal slash wound to his throat and tried to run to a nearby hospital but collapsed and died on the sidewalk the night of June 20.

NEW YORK — The mother of Lesandro “Junior” Guzman-Feliz, a 15-year-old killed in what investigators describe as a brutal, random gang attack in the Bronx, spoke to PIX11 on Thursday about her hope that those with bad intentions change, and those who see something say something.

Leandra Feliz has spent the weeks since her son’s death on June 20 advocating for #JusticeForJunior — a rallying cry shared widely on social media since.

When she sat down with PIX11 on Thursday, the heartbroken mother said she had not yet had time to consider her son’s legacy or what she wants for her own life.

The life she dreamed she would have — finishing raising the young man she says dreamed of becoming a police officer — has been taken from her.

What Feliz knows she wants is justice — justice for her son in the form of a conviction of the currently 12 suspects accused of being responsible for his death, but also justice from the public.

Hard-to-watch surveillance video captured the moments that Guzman-Feliz was chased down and dragged from a bodega, clinging to the wall as a group of men attacked him. After his throat was slashed with a machete, the teen returned to the bodega seeking help. Images show a man inside pointing out, and Guzman-Feliz stumbling away, rushing toward a hospital nearby. He died on his way.

While many members of the community have called on the bodega to close, blaming those inside for not doing more to help the dying teen, the bodega owner said he did try to help and the person pointing out the door was telling Guzman-Feliz to run toward the hospital because the ambulance was taking too long.

Whatever happened, Feliz does not feel enough was done to help her son. Her plea to everyone following #JusticeForJunior is to speak up not just now, but in the future.

For those living in areas of the Bronx where gang life is tempting for some young people, Feliz said she wants to encourage them to change and not just in matters of lifestyle.

“If they do it from the heart, they change,” she said.

Shortly before Feliz spoke to PIX11, Gov. Andrew Cuomo announced the state will invest $18 million in gang prevention by way of funding opportunities for Bronx youth and violence prevention.

Feliz said she believes this could help “save” young people who can be good, if given the opportunity.

Feliz thanked her family’s supporters, and shared a poster sent to her from someone in the community.

It has the following message:

“I am ‘Junior’ Lesandro Guzman-Feliz. I was brutally murdered on 6/20/18 by a gang. I was only 15 yrs. Old and no one helped me get to a hospital on time. My young life could not be saved. I should have survived but those around did not help me, they did not protect me. All I wanted to do was become an NYPD detective so I can protect and keep people safe. Communities need to come together so this never happens again. Lets bring Peace and love. Please do me the honor.”