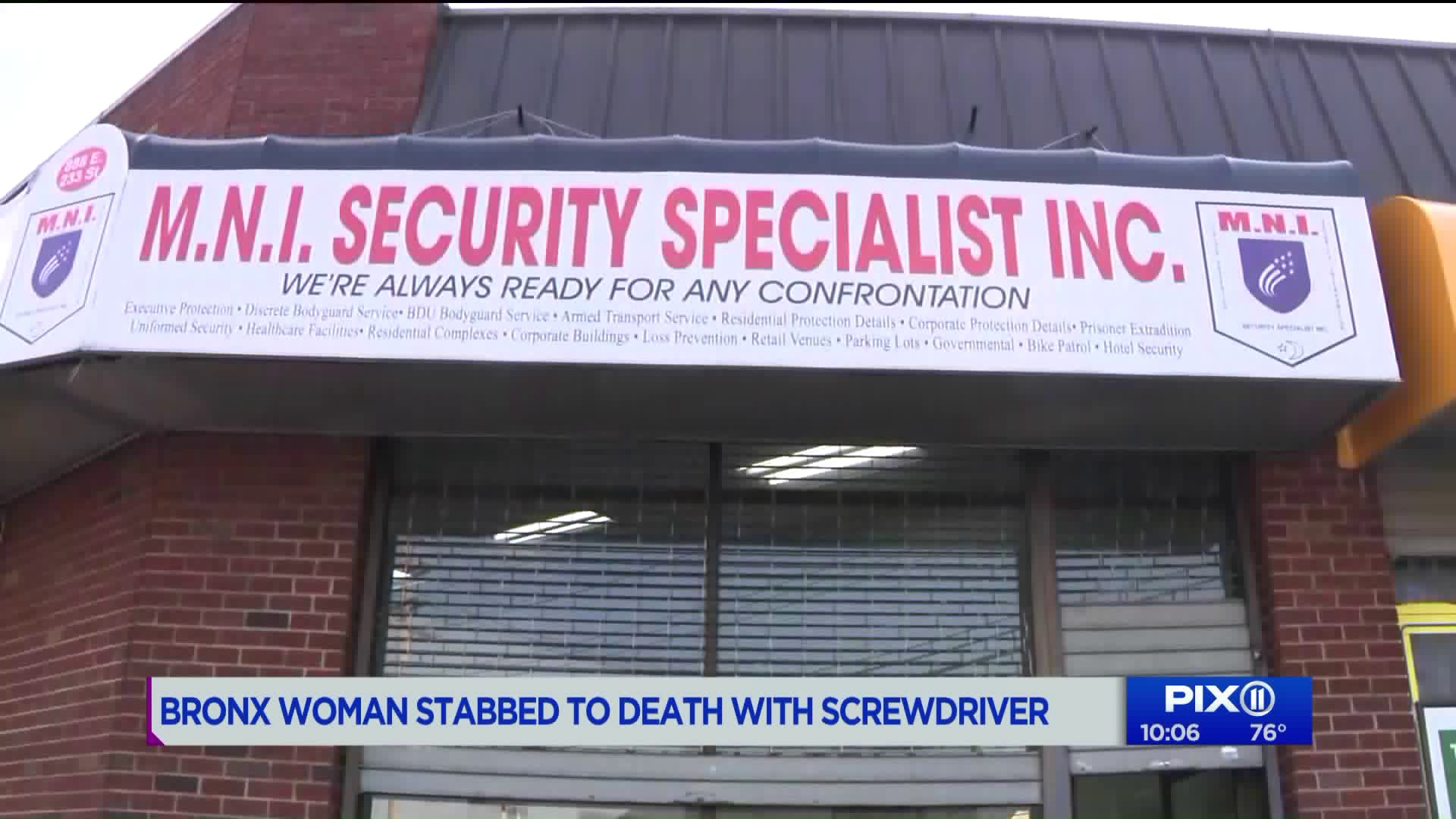 WAKEFIELD, The Bronx — A man wanted for fatally stabbing a female security guard with a screwdriver inside a Bronx security business where she was working on Wednesday is also wanted in the stabbing death of his uncle back in June, authorities confirm.

Police are looking for 45-year-old Idris Abdul-Muhaymin in connection with both attacks.

On Wednesday, the body of Wanda Rios was found at the M.N.I Security Specialist Inc. building on East 233rd Street at Bronxwood Avenue around 1:48 p.m.

Rios, 45, of Cypress Avenue, the Bronx, had multiple stab wounds to her neck. Police said she had been stabbed with a screwdriver.

She was transported to the hospital where she was pronounced dead.

"I used to see her every morning opening up, and I used to tell her, like, 'why are you opening up by yourself? Is there nobody here with you?' Butler said. "And she would be like, 'no – but somebody is supposed to be coming.'"

Police say Abdul-Muhaymin is the same suspect wanted in the murder of his uncle back in June.

Owen Dillard, 73, was found dead at his Bronx home with multiple stabs wounds to his neck.

Anyone with information in regards to this incident is asked to call the NYPD's Crime Stoppers Hotline at 1-800-577-TIPS (8477) or for Spanish, 1-888-57-PISTA (74782). The public can also submit their tips by logging onto the Crime stoppers website at www.nypdcrimestoppers.com or by texting their tips to 274637 (CRIMES) then enter TIP577.