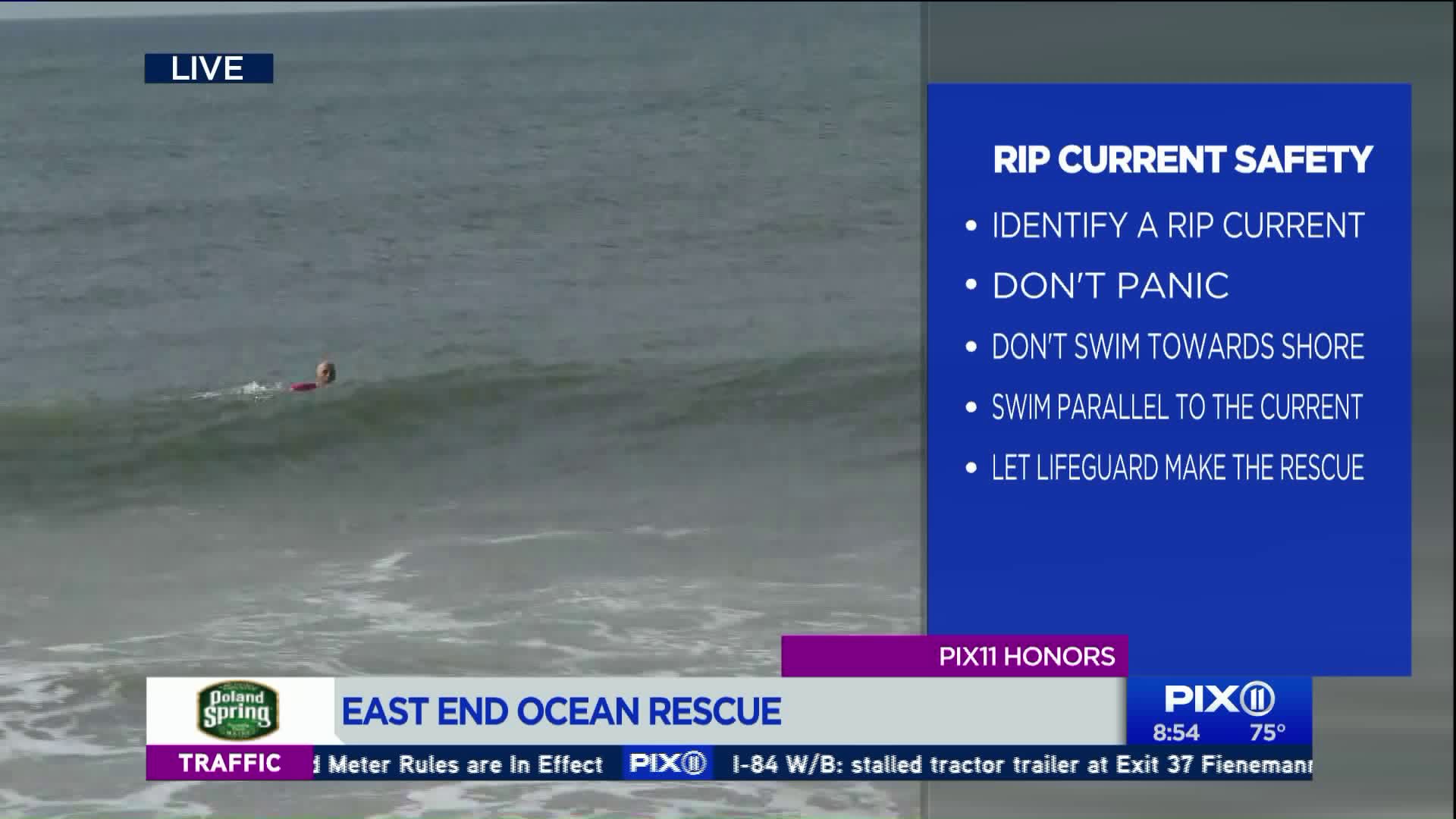 Summertime means people will be hitting the beach, but rip currents can prevent you from swimming in the beach. East End Ocean Rescue tells PIX11 how to keep yourself safe when stuck in a rip current. 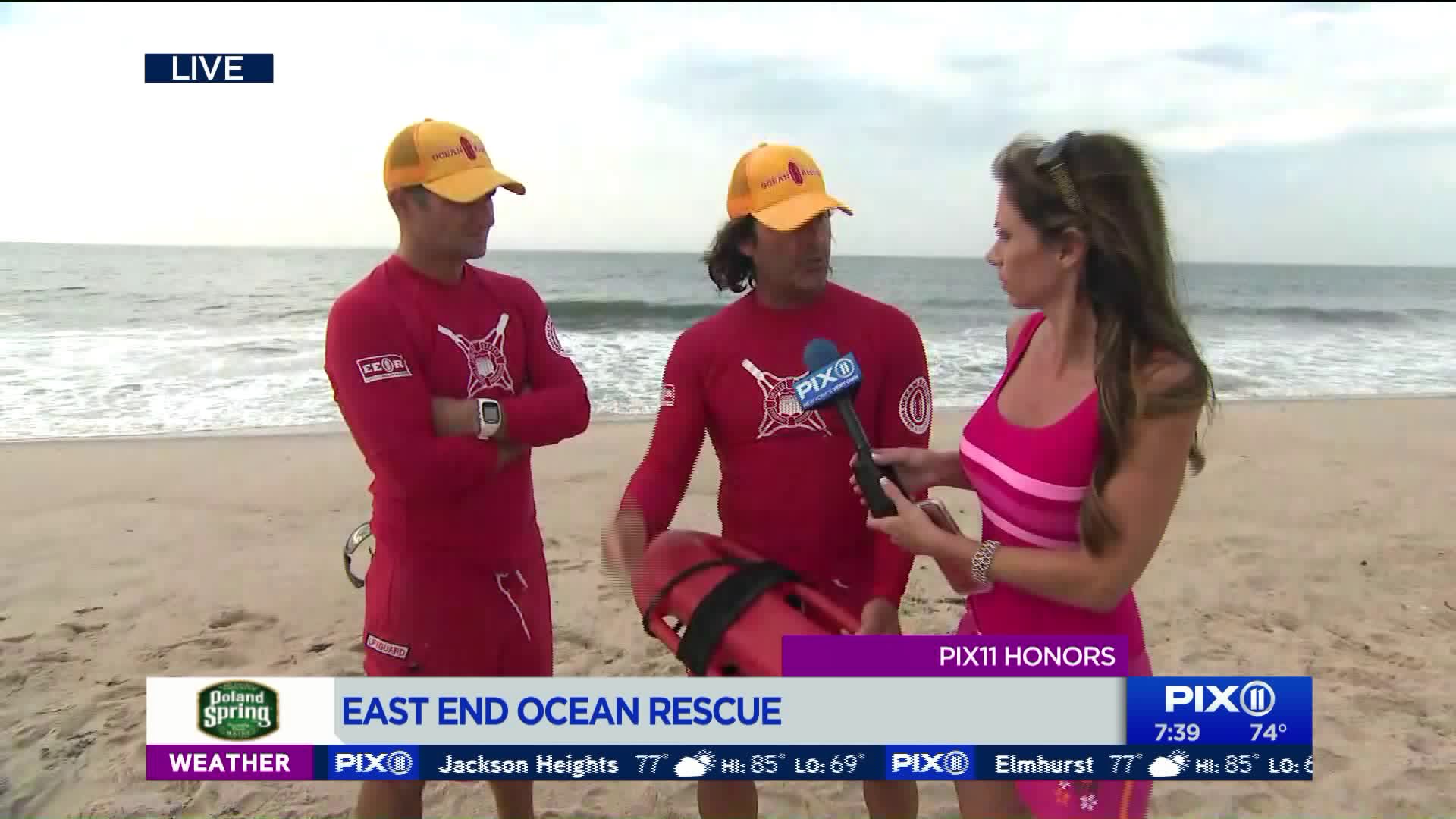 EAST HAMPTON, N.Y. — Just in the last several weeks alone, several people in the NYC area drowned after being caught in rip currents.

The best prevention is education and with 35 years as an ocean rescue lifeguard, no one is better equipped to educate your viewers than Jimmy Minardi, Founder of East End Ocean Rescue.

Minardi has seen more than his share of near drownings. He volunteers his time training and overseeing lifeguards every weekend of the summer on Main Beach in East Hampton, and educating children on the importance of water safety through a non-profit he founded, East End Ocean Rescue.

Not only are there rules for beach safety, if you find yourself caught in a rip current, here's what to do: