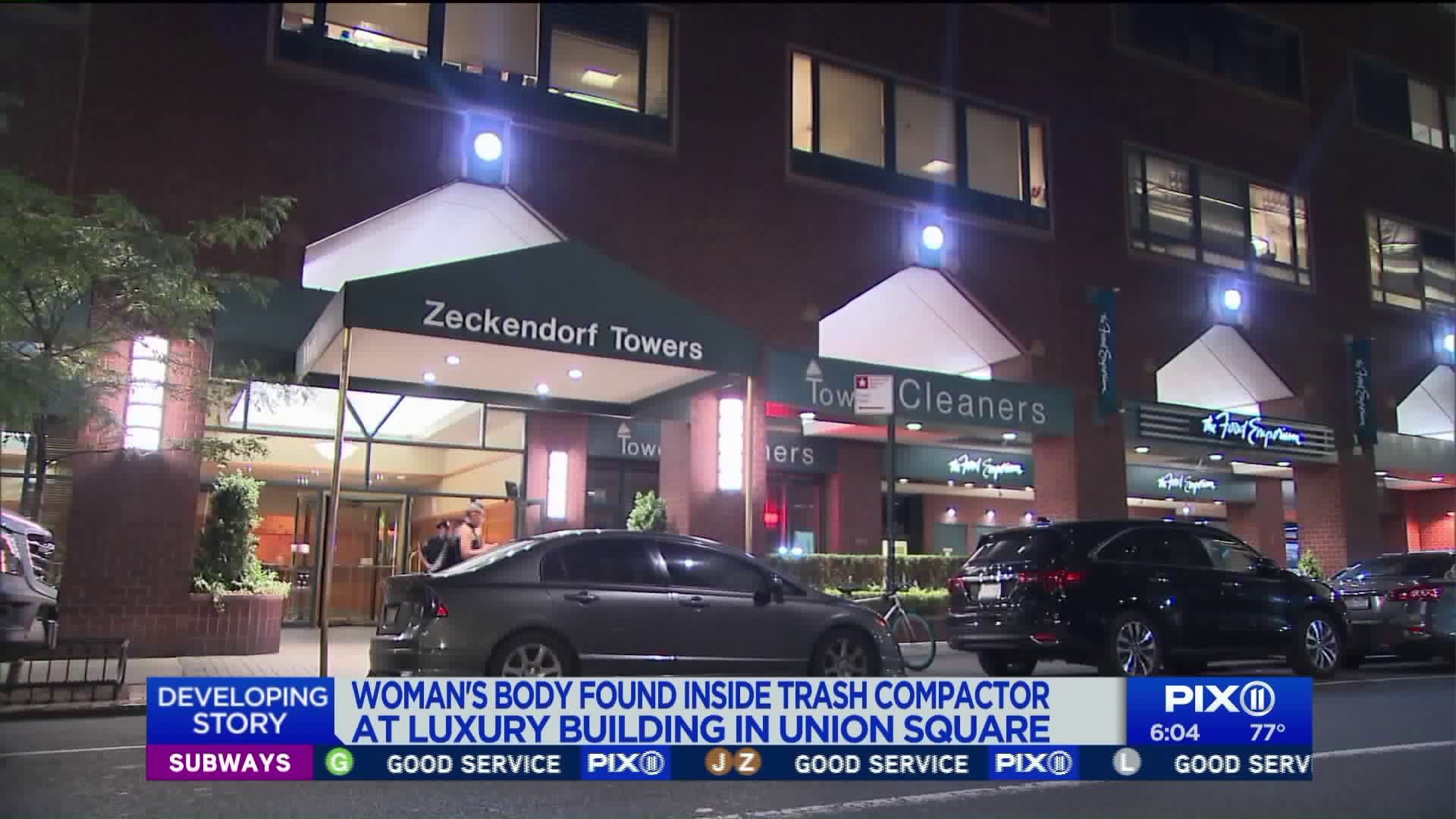 A 48-year-old woman`s body was found inside of a trash compactor near Union Square on Tuesday, police said.

MANHATTAN — A woman's body was found inside of a trash compactor near Union Square on Tuesday, police said.

Officers found the body at the Zeckendorf Towers on Irving Place just before 5 p.m., officials said. The woman, identified only as being 48 years old, was unconscious and unresponsive when police arrived on scene.

Security camera shows the woman entering the building shortly before her body was found in the trash compactor, sources said.

Property belonging to the woman, who entered the compactor area on the 27th floor, was found inside the compact room, police sources said.

Police have not yet released her name. The circumstances around her death are not yet clear.