All 12 boys, coach rescued from flooded Thai cave after more than 2 weeks being trapped 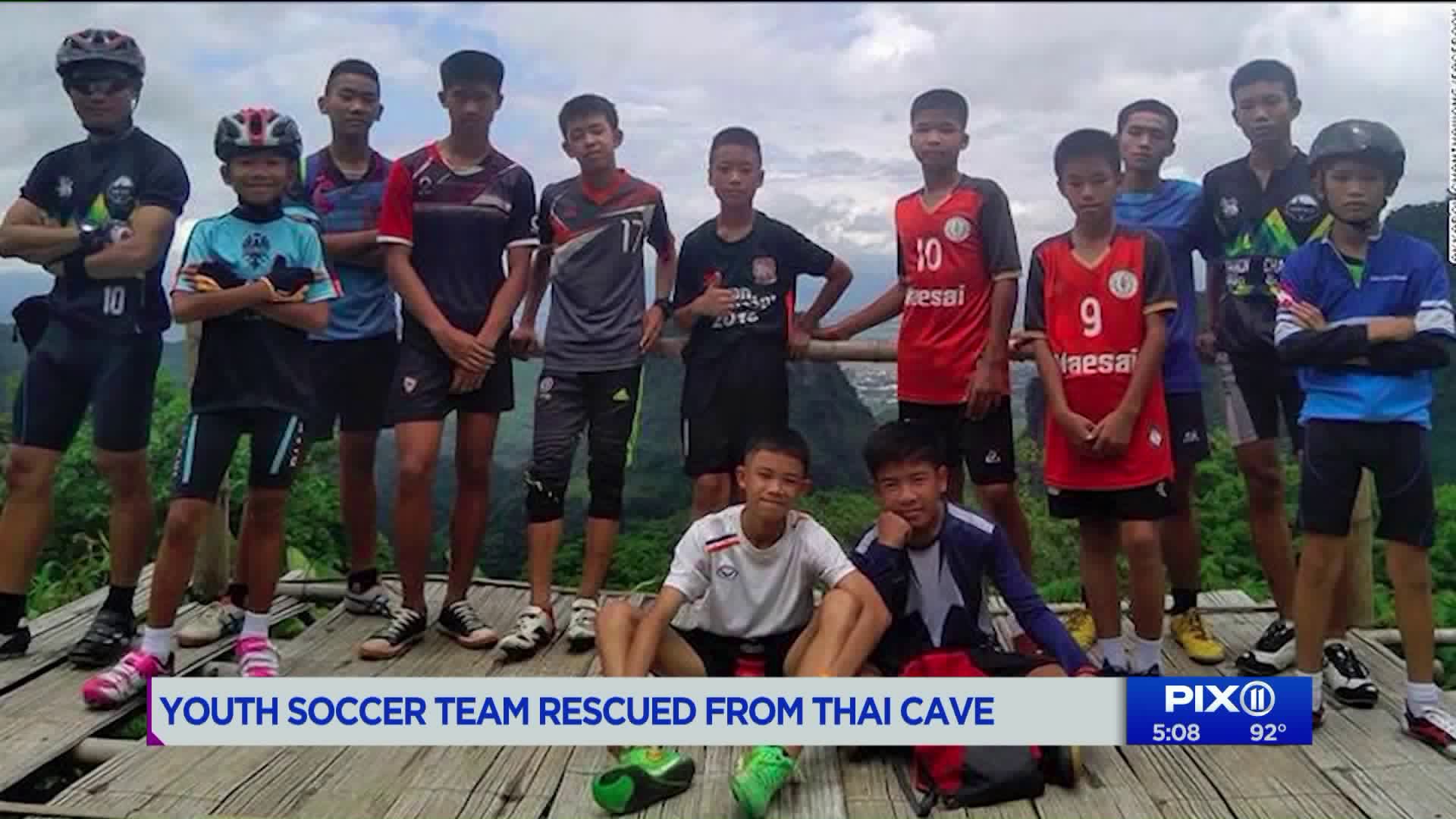 Thai Navy SEALs say all 12 boys and their coach rescued from cave, ending an ordeal that lasted more than 2 weeks. The twelfth boy was freed from the complex late Tuesday, after a complicated three-day operation to extricate the boys, who became trapped on June 23 when rising flood water cut off the exit, deep inside the cave.

THAILAND—  Thai Navy SEALs say all 12 boys and their coach rescued from cave, ending an ordeal that lasted more than 2 weeks.

The twelfth boy was freed from the complex late Tuesday, after a complicated three-day operation to extricate the boys, who became trapped on June 23 when rising flood water cut off the exit, deep inside the cave.

In the last 18 days, what began as a local search for the 12 missing boys and their coach turned into a complex rescue operation involving hundreds of experts who flew in from around the world to help.

The parents of the boys have maintained a constant vigil outside the cave since they went missing, praying for their safe return.

The drama has captivated people worldwide as cave experts grappled with the problem of how to free the young, malnourished boys, some of whom couldn't swim, from a flooded cavern as monsoon rains threatened to raise water levels even further.

Two boys rescued Tuesday are still being treated at an on-site medical center, while two others have been transported to a nearby hospital where eight of their teammates are recuperating after being rescued Sunday and Monday.

A small number of Navy SEALs, including a doctor who stayed with the team for a week after their discovery, remain in the cave system and are expected to emerge soon.

The boys were exploring the caves on June 23 with their coach when they were trapped inside by heavy seasonal rains. After they were found on July 2, officials cautioned it could take some time to get them out, but with heavy rain forecast to hit the region authorities decided to act.

Tuesday's operation, which will see double the number of people come out of the cave, was expected to take longer than the two previous days' operations, according to the Facebook page of the Royal Thai Navy SEALs.

"Today is 10 July. It will be longer than previous ones," the post says in Thai and English. "We will celebrate together finally. Hooyah!"

All eight boys rescued on the first two days are being treated in an isolation ward in a Chiang Rai hospital. Medical officials told reporters that they're healthy, fever-free, mentally fit and "seem to be in high spirits."

Dr. Jedsada Chokedamrongsook, the permanent secretary of the Thai Health Ministry, said the first group of boys taken out on Sunday were aged 14 to 16. Their body temperatures were very low when they emerged, and two are suspected of having lung inflammation.

Families of the first four have been able to see their children through a glass window, Chokedamrongsook said. They were also able to talk on the phone. They'll be allowed to enter the room if tests show the boys are free of infection.

The second group freed on Monday were aged 12 to 14. One had a very slow heartbeat but had responded well to treatment, Chokedamrongsook said. The hospital has sent test samples from the boys to a lab in Bangkok.

Authorities will likely look for signs of Histoplasmosis, also known as "cave disease," an infection caused by breathing in spores of a fungus often found in bird and bat droppings, according to the Mayo Clinic.

They are all likely to stay in hospital for seven days due to their weakened immune systems. Thai Prime Minister Gen. Prayut Chan-ocha visited the hospital Monday, and spoke to relatives and hospital workers.

The youngest member of the Wild Boar team in the cave is just 11 years old, and presumably still in there.