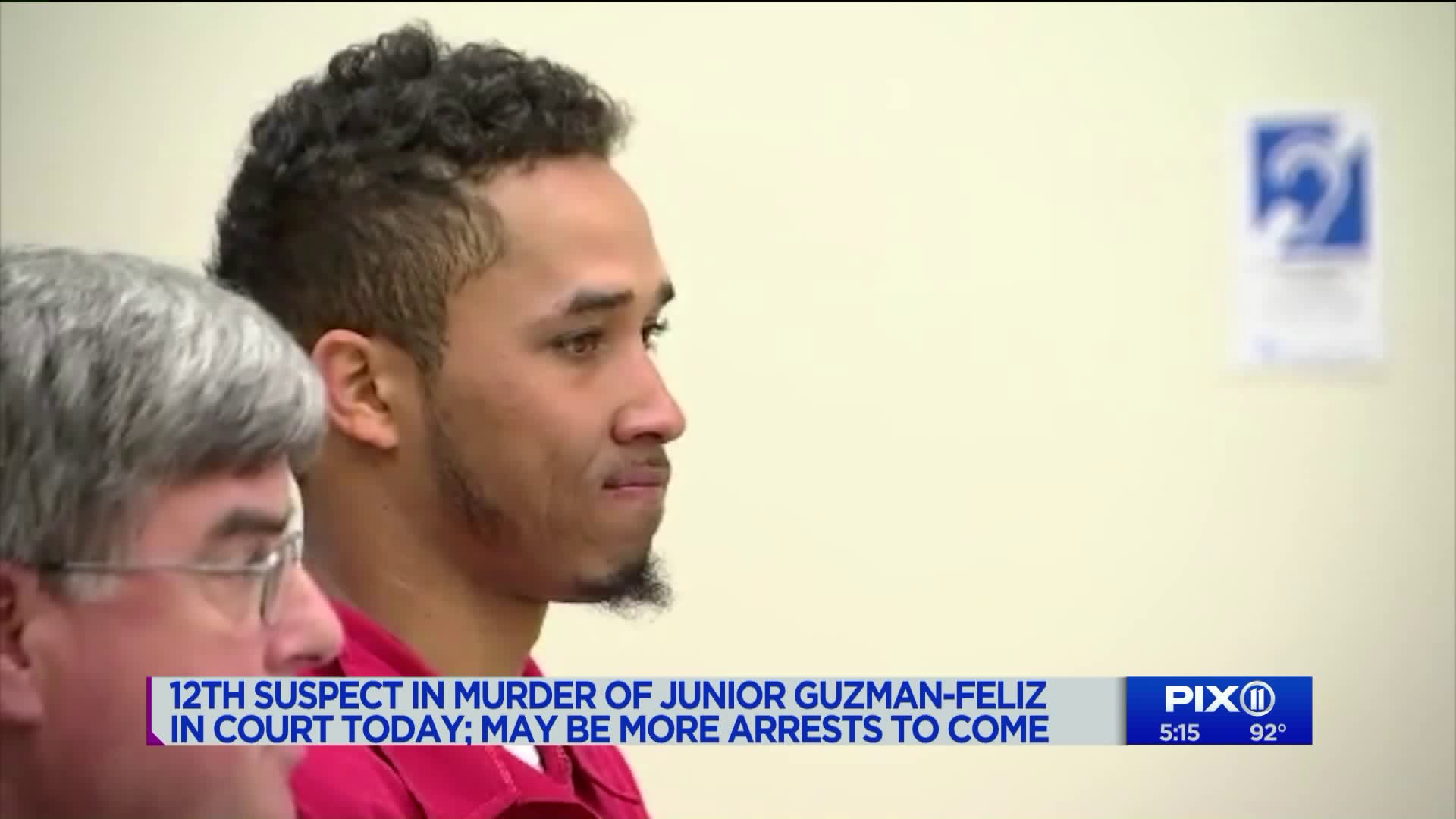 Luis Cabrarasantos, 25, was arrested in Connecticut for the murder of 15-year-old Lesandro "Junior" Guzman-Feliz. He`s the 12th suspect taken into police custody. Cabrarasantos, agreed to be extradited to New York in court on Tuesday.

BELMONT, The Bronx — The 12th man charged with the murder of Lesandro "Junior" Guzman-Feliz is now set to return to New York to face the crimes of which he's accused.

Luis Cabrarasantos, 25, appeared before a judge on Tuesday in Connecticut, where state troopers had arrested him on Monday. A high-speed license plate scanner on a Connecticut State Police car matched the plate of Cabrarasantos's vehicle with a be-on-the-lookout list in a law enforcement database.

His alleged victim's mother said that she was pleased with the new arrest, and that she expected more.

"They killed my son," Leandra Feliz told PIX11 News. "They have to pay for killing an innocent kid."

NYPD detectives have confirmed that Junior Guzman-Feliz was mistaken for someone else by his attackers. Investigators say that those attackers were members of the Trinitarios gang.

"My kid was not a gang member," Feliz added.

She also told PIX11 reporter Anthony DiLorenzo that while she had anticipated a 12th arrest in her son's murder, she was only able to confirm the arrest for the first time through reporting by PIX11 News.

She also said that she expects the arrest of Cabrarasantos to not be the last one in her son's case.

"They say it was like 17," she said about the number of people that eyewitnesses and viewers of various videos recorded at the scene say were involved in the knife and machete attack.

It happened at the Cruz and Chiky bodega at the corner of 183rd Street and Bathgate Avenue around 11:40 p.m. on June 20. The owner of the bodega, Modesto Cruz, has said he'd done all he could to help Junior Guzman-Feliz that fateful night. Junior's mother disagrees.

"They didn’t help," she told PIX11 News. "They didn’t close the door, before or after. He pushed my son out."

Meanwhile, outside of the bodega on Tuesday, in front of a mural of Junior Guzman-Feliz and a candlelight memorial dedicated to him, New York State Senator Luis Sepulveda and Assemblyman Victor Pichardo led other local leaders in unveiling Junior's Law. It's a state legislative bill that would require small businesses, like bodegas, to be safe havens for endangered children.

The process of the bill becoming a law, if it were to happen at all, could take quite some time.

Leandra Feliz said that, by contrast, she's counting on the investigation into her son's murder to be much more swift.

"Police are working good and fast," she said. "I’m letting them work. They’re doing their job."

Cabrarasantos, the 12th suspect in the case, is scheduled to return to New York on July 17 to be arraigned. Meanwhile, he's being held on $1 million bail in Connecticut.