Mother of ‘Junior’ Guzman-Feliz: ‘I want to know why they killed my son’ 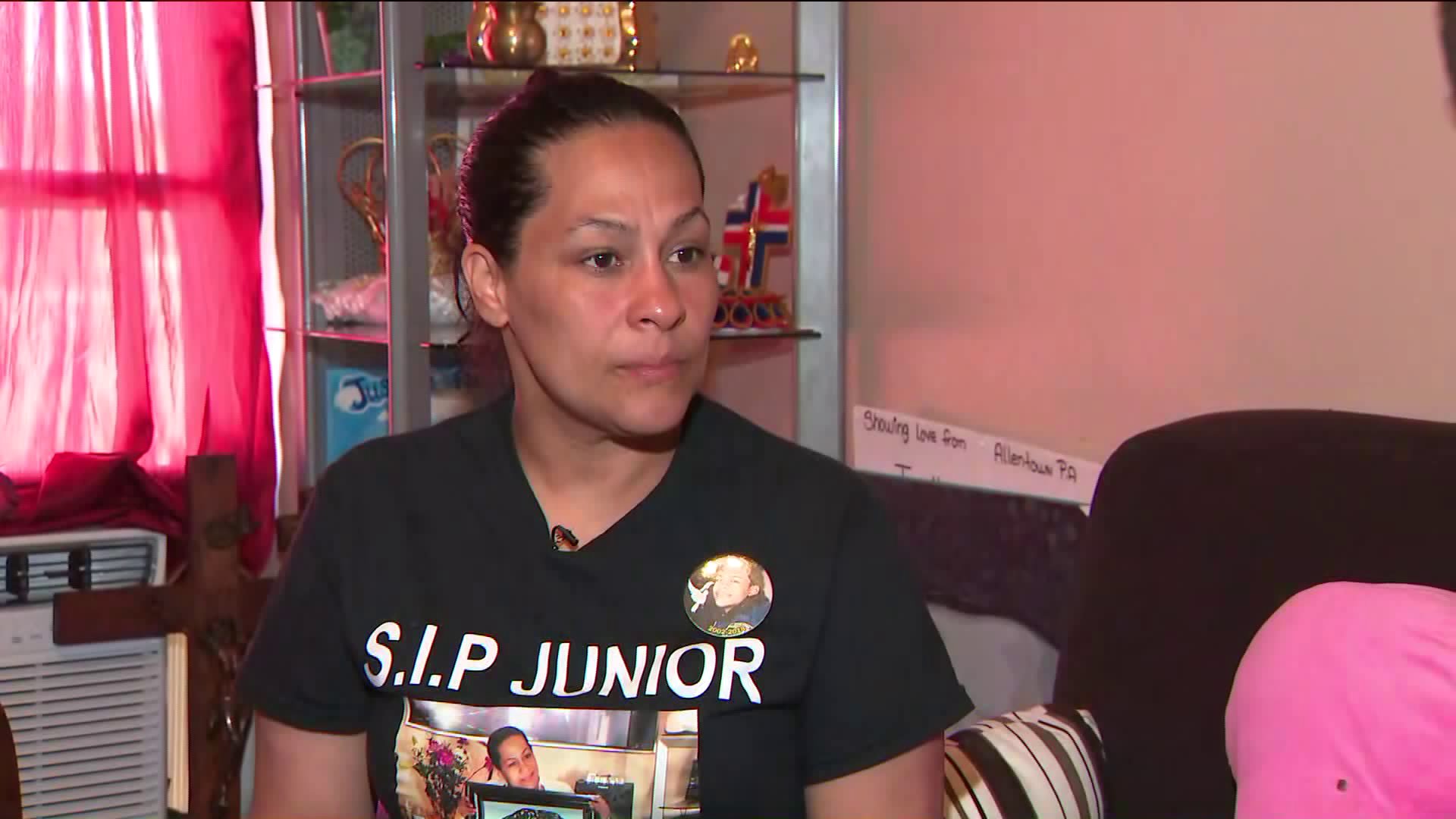 The 12th and final suspect wanted in connection to the beating and machete killing of a Bronx teen has been arrested, and PIX11 spoke exclusively to the boy`s mother about the development Tuesday.

THE BRONX — The heartbroken mother of Lesandro "Junior" Guzman-Feliz spoke with PIX11 News to share how she's coping with the tragic loss of her 15-year-old son and what she wants in the form of justice and changes to the community where the teen was killed.

Leandra Feliz said down with PIX11 News on Tuesday, a day after police arrested a 12th and final suspect in connetion with the teen's beating and machete killing outside a Bronx bodega.

PIX11 broke the news to her about investigators' latest arrest.

"Oh my God, thank you for letting me know. I’m so happy," she said.

Feliz's son was attacked on June 20 by a group of alleged Trinitarios gang members. Twelve men wanted in connection with the attack have been arrested, with the latest arrest happening Monday in Connecticut.

"I would like to have my son back," she said. "I don't feel like I'm the same person. I need closure. They killed my son, they have to pay."

Feliz said she's satisfied with the job that the NYPD is doing.

"They are working good and fast," she said.

It's the unwavering supporting of the community that has helped her to better cope with her new reality, Feliz said.

She's been visiting her son's grave everyday to help pass the time.

"It's not easy to sleep," Feliz said. "The only way that I can sleep is if I have a T-shirt with my son’s [picture on it], and I put it in my chest, then I can go to sleep with my lovely son because I feel like I'm hugging him. That's the only way I can sleep."

"I grab his t-shirt and hold it close, and I feel like I'm hugging him. That's the only way I can sleep."

The teen's death sparked widespread community outrage and calls to end gang violence. Tourists to New York City have been traveling to the Bronx to pay their respects at the memorial site outside the bodega where Guzman-Feliz was killed.

The site was cleared over the weekend, but previously had been home to thousands of candles and mementos.

A new mural of Guzman-Feliz sits at 183rd Street and Bathgate Avenue.

Feliz said she was aware that the memorial had been cleared and that police had prepared her ahead of time, saying it would be up for nine days then the sidewalk had to be cleaned for safety reasons.

She said she knows for sure what she doesn't want at the intersection any longer.

" [They] didn't do nothing before or after when he was stabbed and bleeding, and they just pushed him out."

Feliz said she watched the tearful interview that the bodega's owner Modesto Cruz gave in response to the allegation that he and his employees did not try to help the teen.

The owner told PIX11 that he was closing his store that night when Guzman-Feliz ran inside and tried to jump over the counter.

Cruz initially stopped him for a few seconds until Guzman-Feliz started yelling, "They're looking for me!"

Cruz said he recognized the teen and noticed how scared he looked, so he tried to help, but the attackers quickly spotted Guzman-Feliz behind the counter and dragged him outside, armed with knives and machetes, Cruz said.

They stabbed the teen multiple times, mortally wounding him.

Cruz said he immediately called 911 and spent four minutes on the phone while the operator repeatedly asked him questions. He said he made it clear an ambulance was needed at the bodega right away.

Video had shown the teen entering the store and a man pointing toward the door, leading many viewers of the footage to believe that the teen was being kicked out. But Cruz told PIX11 he was not kicking the teen out. He said the ambulance was taking too long so they were pointing at the door to tell Guzman-Feliz that the hospital was only a few blocks away.

In response to the claims that Cruz told Guzman-Feliz to go to the hospital, his mom said that's proof that her son wasn't helped.

Feliz said she wants to see the "big police truck" permanently positioned at the intersection of 183rd Street and Bathgate Avenue because she believes the area is simply not safe.

In the rest of the wide-ranging interview with PIX11 News, Feliz shares her thoughts on the initial rumors that surrounded her son's slaying, where he went before he was chased by the reputed gang members who thought the teen was their rival, and widespread videos of her son's final moments.

"I want to know why they killed my son," she said.