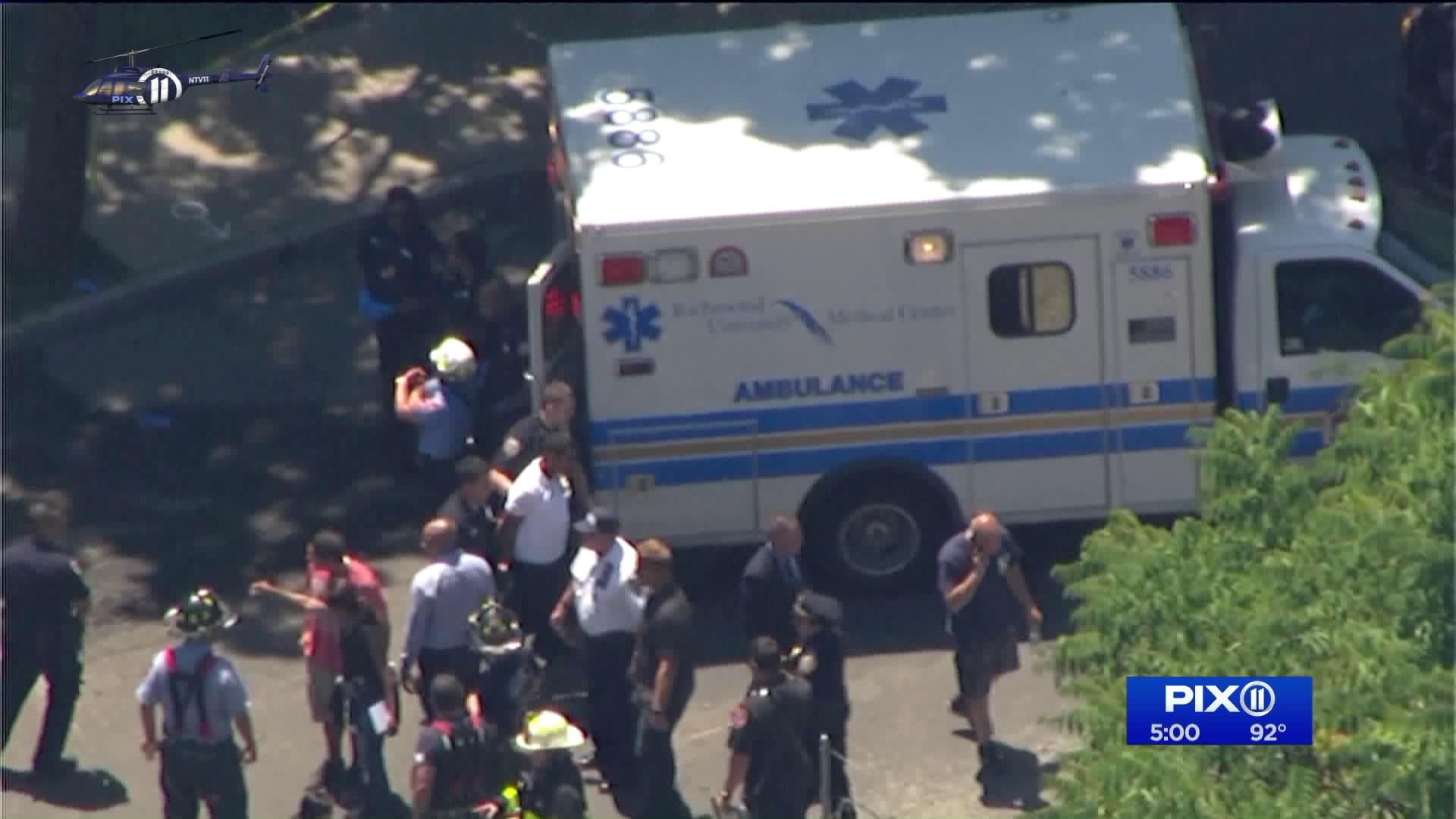 Emergency crews descended on a Staten Island neighborhood Tuesday because a shooting near a courthouse and a crash in which a van slammed into a bed-and-breakfast, and, nearby and soon after, another shooting critically injured someone, officials said. 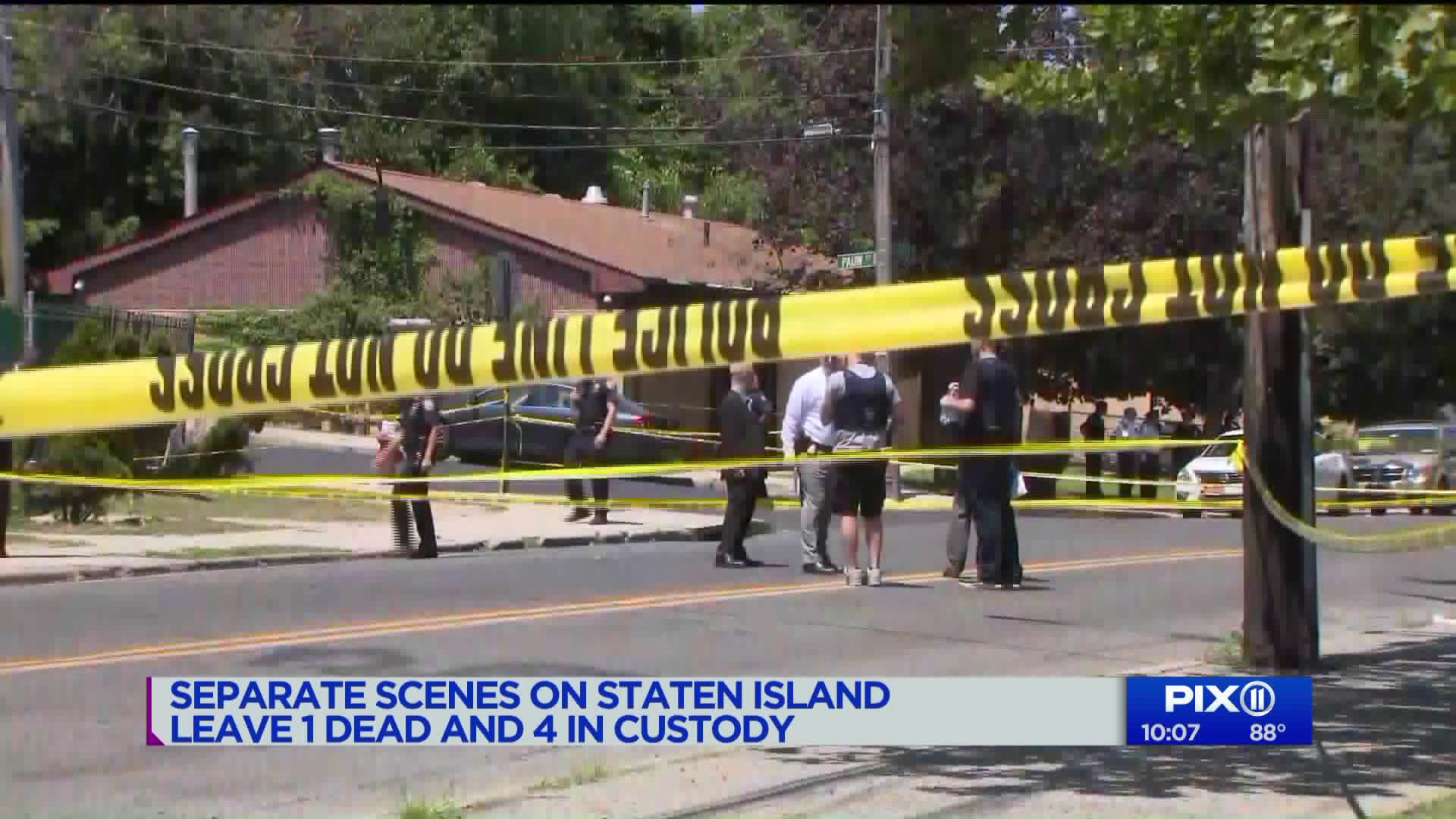 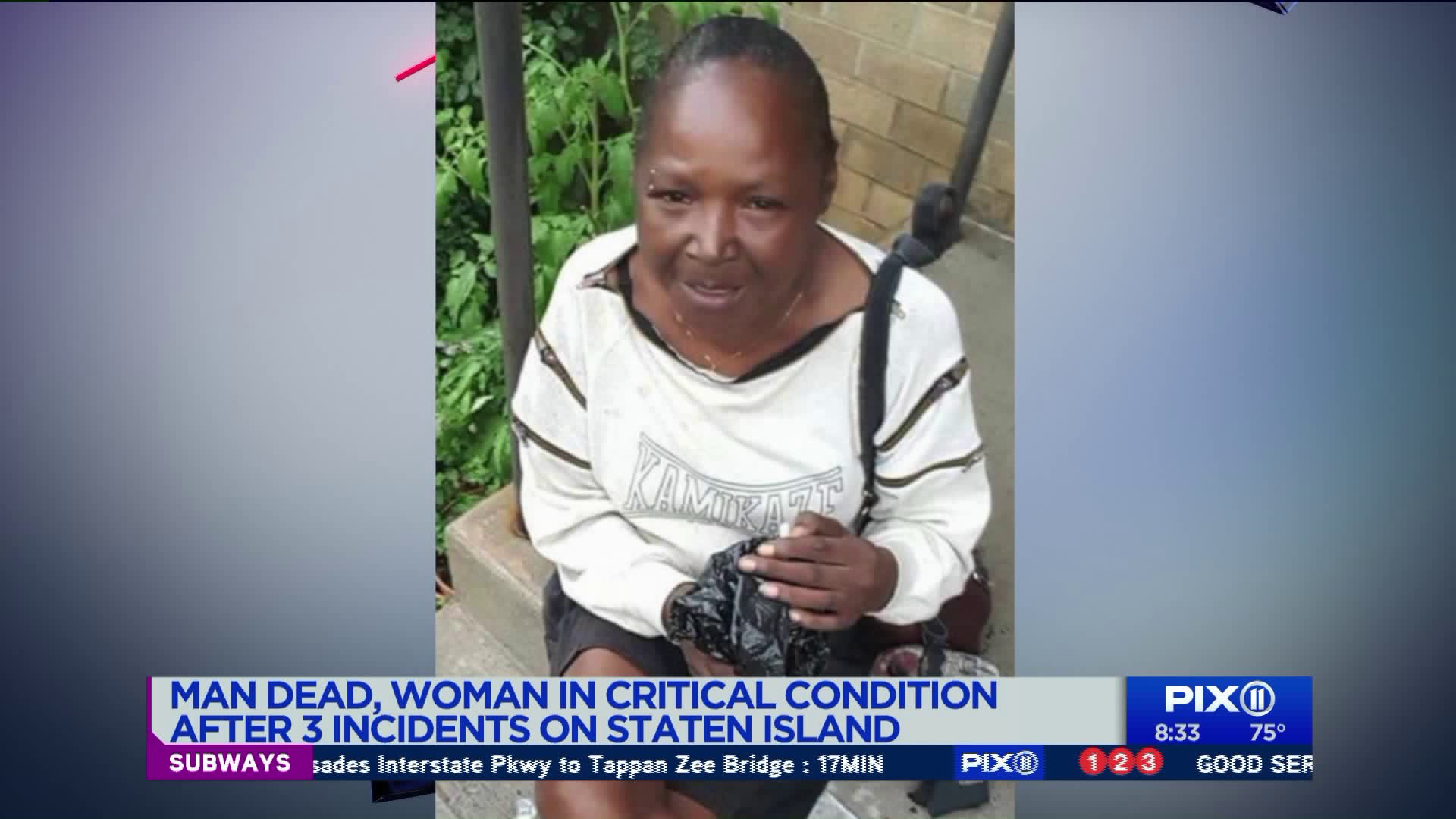 ST. GEORGE, Staten Island — Emergency crews descended on a Staten Island neighborhood Tuesday because of a dispute involving a knife at a county superior court that led to a deadly crash in which an minivan slammed into a bed-and-breakfast.

Nearby, and soon after, a shooting critically injured a 67-year-old woman, officials said.

The string of incidents, which are not being investigated as related by police, began around 11:45 a.m. when police said there was an altercation involving a knife in the area of the courthouse and the St. George Theater.

A man alerted court officers, who dispersed the crowd.

A Dodge Caravan fled the scene and careened into a B&B at Montgomery Avenue and Fort Place, down the street from the courthouse, police said.

The van struck Robert Craigwell, 26, who was pinned against the B&B, according to police.

It’s unknown if the minivan intended to run him down or not.

Five men in the minivan were arrested, and a gun was recovered, police said.

Thomas Moore says his son Atiji, 27, owns the vehicle, and was carjacked.

“He got punched in the back of the head while sitting in the vehicle,” Moore said. “There was a bunch of individuals coming from different directions trying to cut him he flees. Someone jumped in the van and took the van.”

Moore says his son was giving a friend a ride to the courthouse.

“When he dropped his friend off there was a little altercation between his friend and some other guys,” Moore said.

Fran Williams was killed when she was struck by a stray bullet on July 10, 2018, officials say. (Family)

Less than two hours later and just half a mile away, a 67-year-old woman identified by family members as Fran Williams was shot in the face by a stray bullet. It happened near a bus stop by Jersey Street and Hendricks Avenue as she walked several blocks from her home.

“She was coming to visit me,” said a woman who didn’t want to give her name, but told PIX11 she is the victim’s niece.

Tuesday night, Williams’ family said they were outraged something so horrible could happen to a woman loved by everyone in the neighborhood.

“Everybody on Jersey Street knows her she was an innocent bystander this was not meant for her this should never have happened to her,” said another family member.

At last check Williams is in critical condition.