Father of 6 killed in Harlem hit-and-run 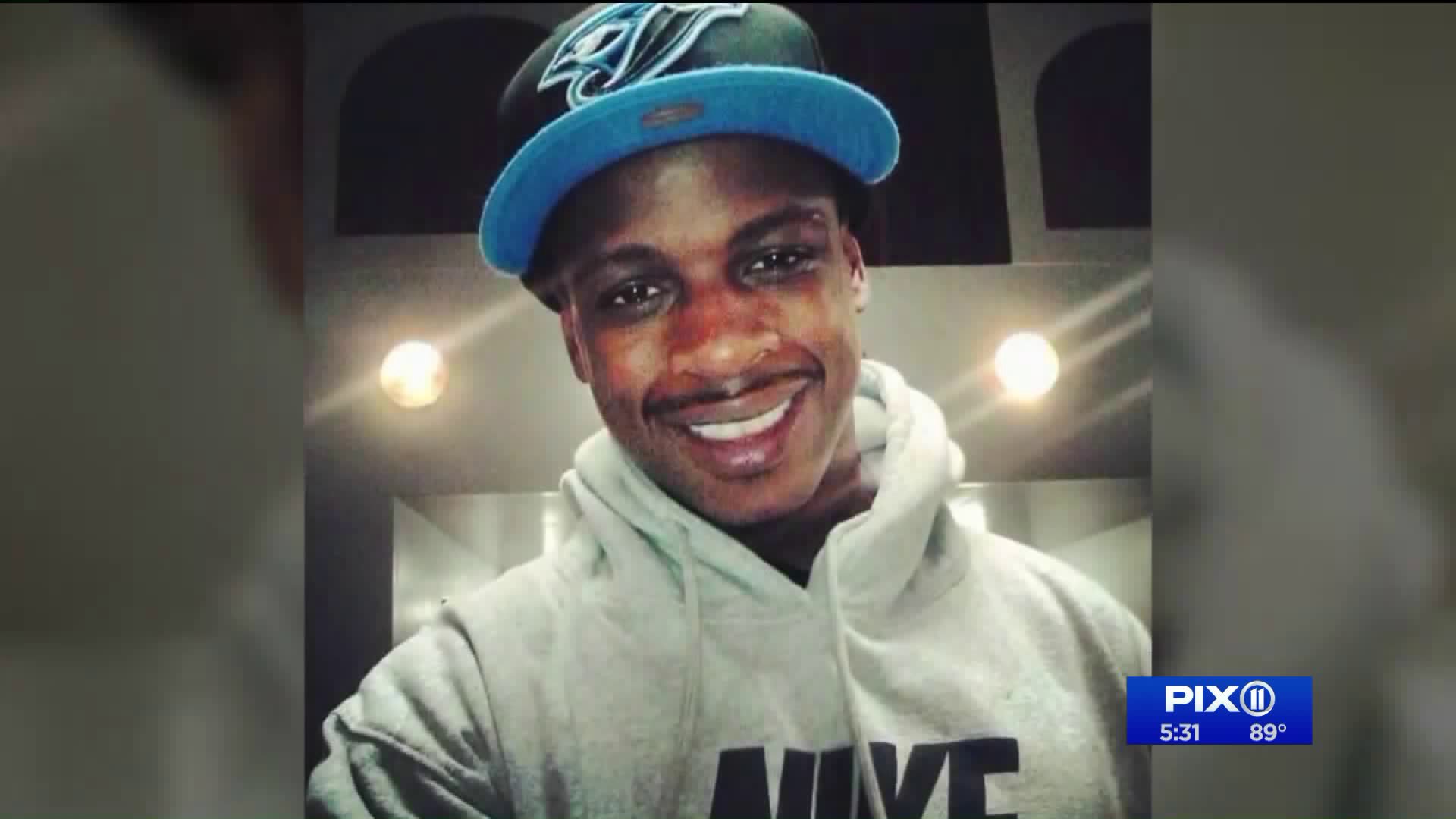 A father of six was struck and killed by a hit-and-run driver in Harlem in front of his family who were celebrating at a birthday party and his mother is pleading with the driver to come forward. The victim`s youngest child turns 1 at the end of the month.

HARLEM, Manhattan — A father of six was struck and killed by a hit-and-run driver in Harlem in front of his family who were celebrating at a birthday party and his mother is pleading with the driver to come forward.

Police said the driver was traveling west on West 127th Street then made a left turn onto Adam Clayton Powell Jr. and struck Tyquan Wilkerson, 29, of the Bronx.

The car — described as a dark colored cross-over or medium-sized SUV — kept driving, while Wilkerson lay mortally wounded in the road.

The 29-year-old was taken to a hospital where he was pronounced dead hours later.

Wilkerson’s family said they were having a family member's birthday party when a fight broke out. The victim was trying to break up the fight when he walked away to cool off and as he was walking away, the car hit him.

Police say the driver of this vehicle struck and killed a pedestrian in Harlem on July 8, 2018, then kept driving. (NYPD)

The victim is survived by six children. His youngest turns 1 at the end of the month. His family has created a GoFundMe to cover funeral costs.

His mother Irene Wilkerson said her son was a “great dad” who fought for his life in his final hours. She said doctors revived him four times when his heart had stopped beating.

“He fought for 12 hours before they pronounced him,” she said.

“I just wish we could have one last time with him,” she said through tears. “The last image I have in my head of my brother is not a good image.”

His mother has a message for the driver who ran down her first-born son and left him for dead.

"Turn yourself in. Do the right thing," she said. "Please, I’m begging you, because he didn’t deserve to die like that."

Police released a photo, pictured at right, of the wanted vehicle with a call for the public’s help to find it.

Anyone with information in regards to this incident is asked to call the NYPD's Crime Stoppers Hotline at 1-800-577-TIPS (8477) or for Spanish, 1-888-57-PISTA (74782). The public can also submit their tips by logging onto the Crime stoppers website at WWW.NYPDCRIMESTOPPERS.COM or by texting their tips to 274637 (CRIMES) then enter TIP577.