Howard gets puppy store to do the right thing 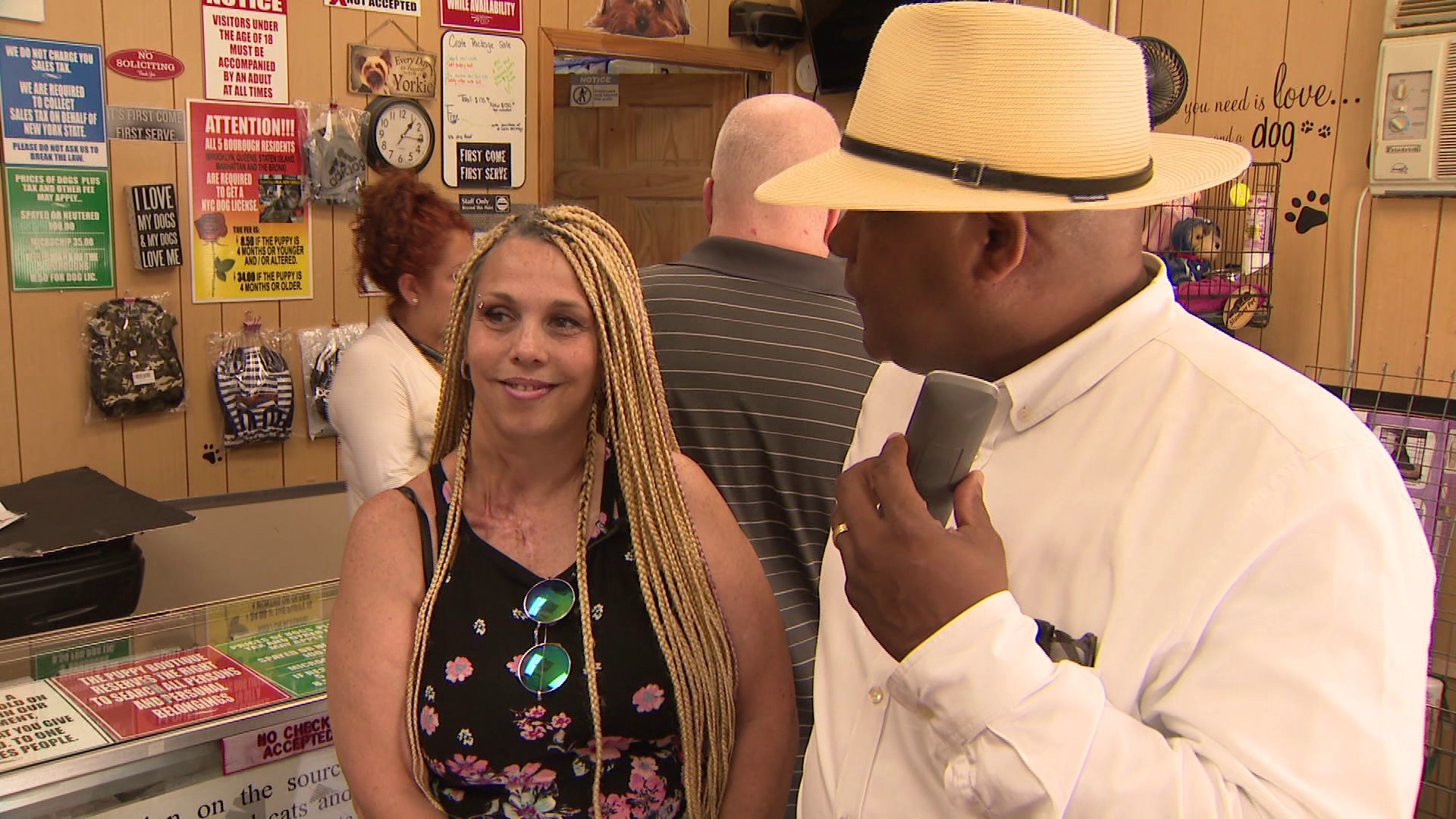 Sylvia King`s two sons wanted a dog. They saved for their pet and Sylvia did what a good mom does; she went online to find a pet store that claimed to have the dog she wanted at a price the boys could afford. She found Puppy Boutique.

BENSONHURST, Brooklyn — Sylvia King’s two sons wanted a dog. They saved for their pet and Sylvia did what a good mom does; she went online to find a pet store that claimed to have the dog she wanted at a price the boys could afford. She found Puppy Boutique.

Had Sylvia done a little more research, she might have found out that Puppy Boutique has an “F” rating from the Better Business Bureau. But she went all the way over to the Bensonhurst, Brooklyn store from her New Jersey home. She bought a teacup Yorkie for $1,300.

But within days, the pup named Bella died from the parvo virus, despite Sylvia’s efforts to save Bella.

The store made her a deal. Instead of a refund and paying the vet bills, Puppy Boutique would give her a dog the store said was more expensive, a micro Yorkie. But in about ten days, that dog was dead, too. It died at the vet Puppy Boutique told Sylvia to use.

Sylvia: “They said they weren’t going to give me my money back.”

Sylvia: “They said they don’t know where she got it from.”

Howard: “Did they think the dog was sick because of the cleanliness of your home?”

Howard: “Did the vet indicate the dog could’ve gotten sick because of something in your house?”

Sylvia: “She said it was highly unlikely because the disease takes six to 10 days to get into their system. They had to have it before.”

So, I went with Sylvia and one of her sons over to Puppy Palace. An owner called me there and said he thought Sylvia had been refunded. After we told him what was going on, he said he’d look into it and asked us to wait outside.

About 45 minutes later, a manager appeared. A very hostile manager, I might add. Sylvia says he’d identified himself as “Chris” when she was there before. Now he bristled when we asked if he was Chris. He showed ID and said his name was Benjamin Santiago.

But Mr. Santiago didn’t want to be on camera, so he started walking away. I went with him to have an off-camera discussion. I laid it out: Sylvia King has two dead dogs and Puppy Palace has her money. Santiago said he’d talk to the owners.

About 15 minutes later, he returned. He said he’d write Sylvia a check for the dogs, but not the vet bills. So, I called the owner back. He agreed to look into it. And just this morning he told me he’d cover the vet bills.

Under Sylvia’s circumstances, as a matter of New York law he probably was obligated to issue the refund and pay the reasonable vet bills. But we’re glad Sylvia at least got her money back after the emotional turmoil her family went through over the puppies.

By the way, here’s link to what New York calls its “pet lemon law."