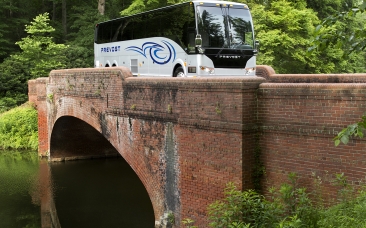 A new luxury bus service called Catskill Carriage aims to transport New Yorkers to the western Catskills in an easy and enjoyable way. The idea was modeled in part after the Hampton Jitney.

NEW YORK — Gabriel Brodbar bought his house in the Catskills over ten years ago. But if his family and friends didn’t have a car, it was hard to host visitors.

"The only way to get there if you don’t have a car is by bus, and it's by a not so nice bus from Port Authority," said Brodbar.

The company is modeled in part after the Hampton Jitney.

"We like to describe ourselves as 'Hampton Jitney without the Hamptons,'" Brodbar told PIX11 News. "There does seem to be this shift of people who might normally go to the Hamptons looking for the Catskills, looking towards the Hudson Valley to get a more authentic experience.

Catskill Carriage says what distinguishes their buses is the services and amenities offered to riders, including complimentary drinks, snacks and magazines. There are also scented candles on board and vanity products available near the bathroom.