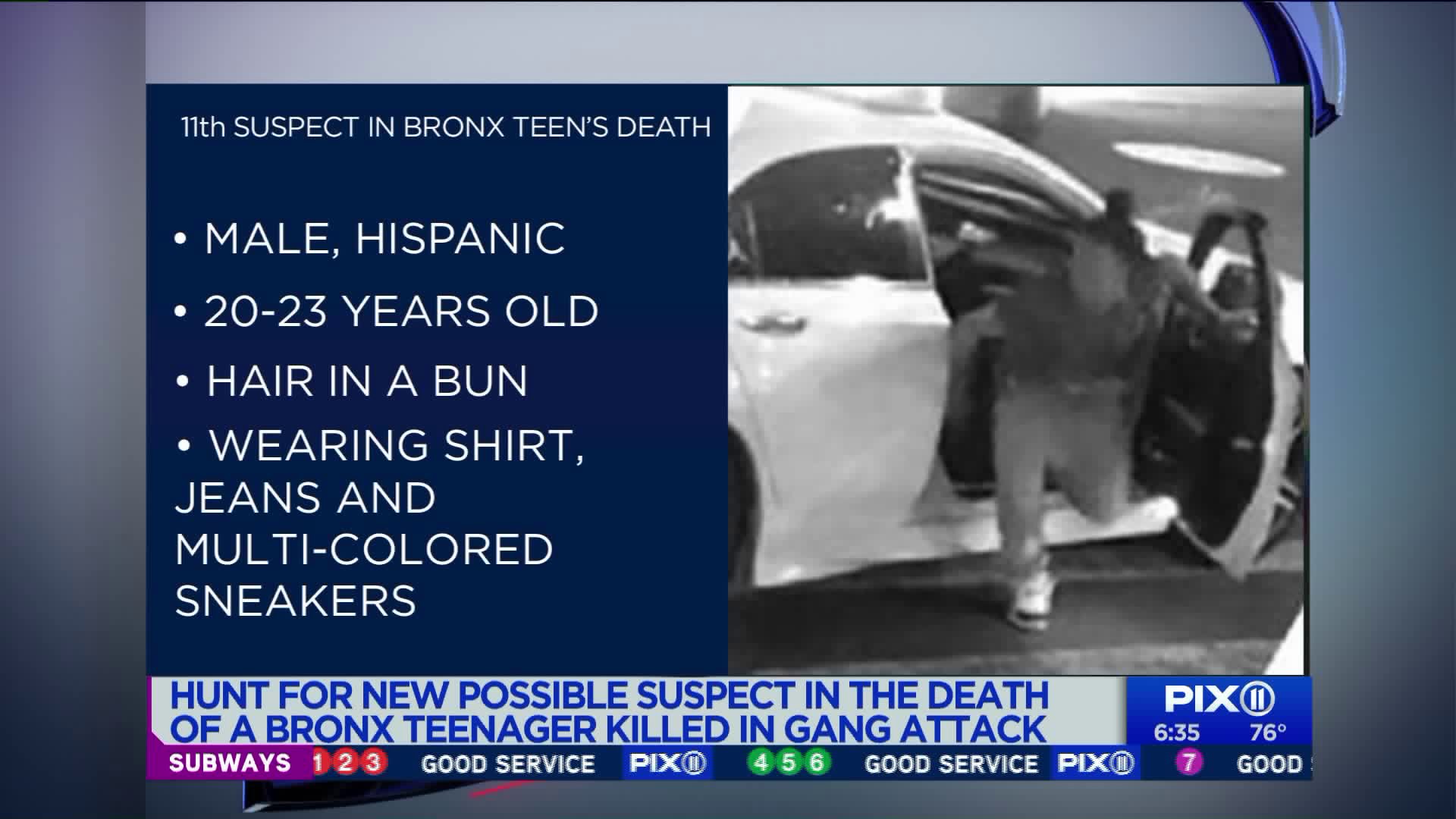 Police released pictures Wednesday of another man wanted in connection with the murder of a 15-year-old boy at a Bronx bodega.

NEW YORK — Police released pictures Wednesday of another man wanted in connection with the murder of a 15-year-old boy at a Bronx bodega.

The man pictured here is wanted in connection to the murder of Lesandro "Junior" Guzman-Feliz. (NYPD)

Ten people have already been charged in the June 20 death of Lesandro "Junior" Guzman-Feliz. Two of them were arrested Tuesday, including an alleged leader of the Trinitarios gang.

"We're not going to rest until anyone responsible, having any role whatsoever in that tragic incident, is brought to justice," NYPD Chief of Detective Dermot Shea said. "We're still not finished."

Police described the man they're still looking for as being 20 to 23 years old. He was last seen wearing a shirt, jeans and multi-colored sneakers. His hair was in a bun He fled the scene inside of a white 4-door sedan northbound on Bathgate Avenue.

The NYPD has asked people to contact them if they have any information on the case.

The male in the photos below is wanted in connection w/ the murder of Lesandro Guzman-Feliz. Also shown are 2 vehicles used in the crime: a white Acura & a black Acura (w/ possible damage to passenger side). If you have any info, call Crimestoppers 800-577-TIPS #JusticeForJunior pic.twitter.com/ST86fRMTUU