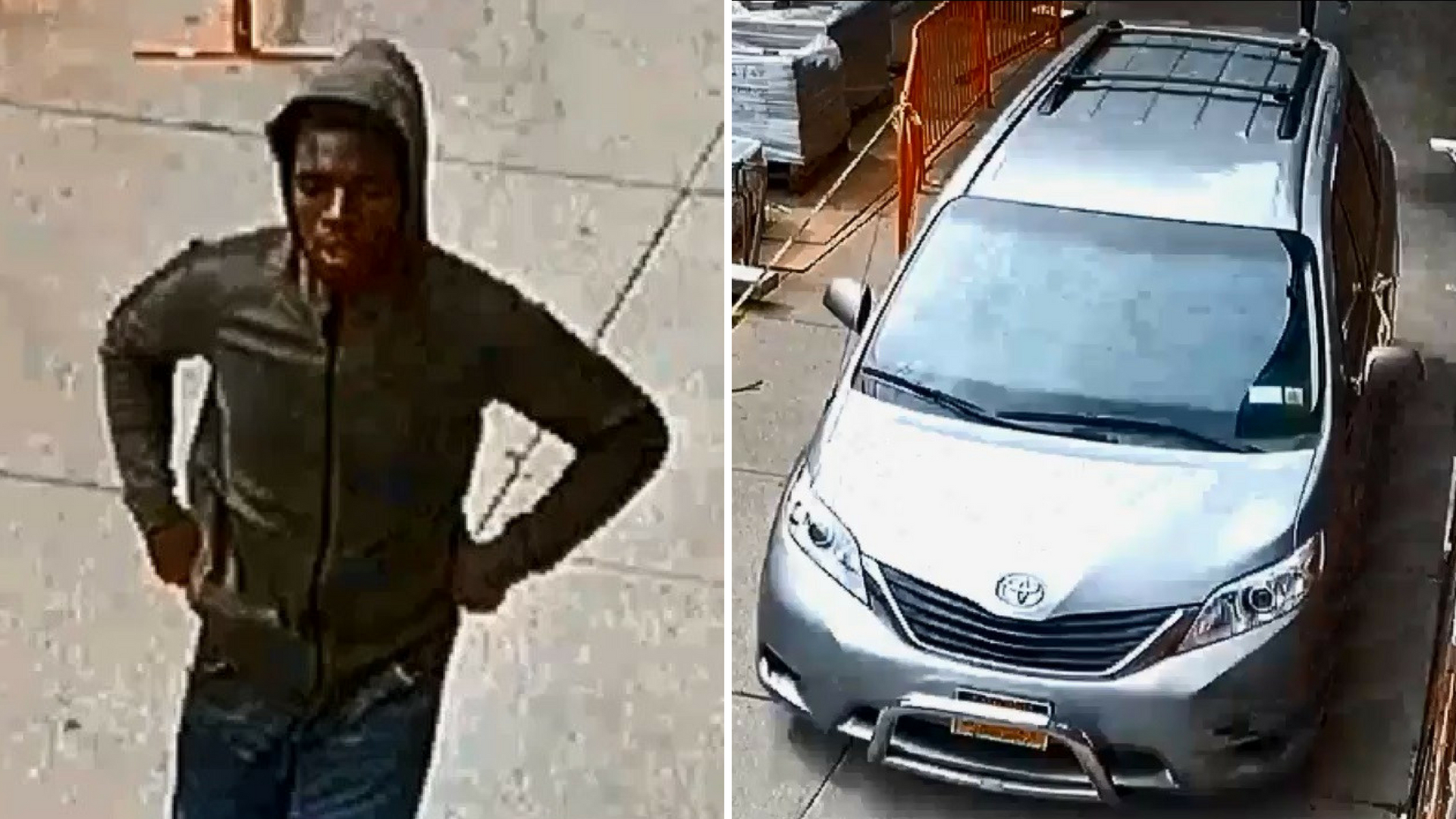 Three men who made off with $13,000 in cash are being sought in a robbery in which the victim was punched and one of the assailants was caught-on-camera almost being left behind, police said Tuesday.

FLATLANDS, Brooklyn — Three men who made off with $13,000 in cash are being sought in a robbery in which the victim was punched and one of the assailants was caught-on-camera almost being left behind, police said Tuesday.

Police say an assailant is seen chasing after his accomplices, who nearly left him behind after a robbery on June 11, 2018. (NYPD)

The victim, a 56-year-old man, parked a vehicle on Flatbush Avenue near East 32nd Street, bordering Flatlands and East Flatbush, Monday, June 11 around 10:15 a.m. when the incident occurred, police said.

The vehicle was rear-ended by a van, and a man confronted the victim, punching him in the face and knocking him to the ground, according to police.

A second man then opened the victim's parked vehicle and removed a paper bag containing $13,000 as well as a handbag containing a laptop, police said.

That man got inside the van, where a driver remained during the robbery.

Surveillance video shows the van speeding off and turning onto a sidewalk, leaving behind the man who punched the victim.

The man chased down the van, and, according to police, later met up with the other two robbers and fled with them northbound on New York Avenue.

The man seen running after the van in the video is believed to be in his 20s and was last seen wearing a dark-colored hooded sweater, blue jeans and white sneakers.

The man who snatched the cash and laptop is also believed to be in his 20s.

The van was a gray Toyota Sienna, police said. There is no description of the driver.