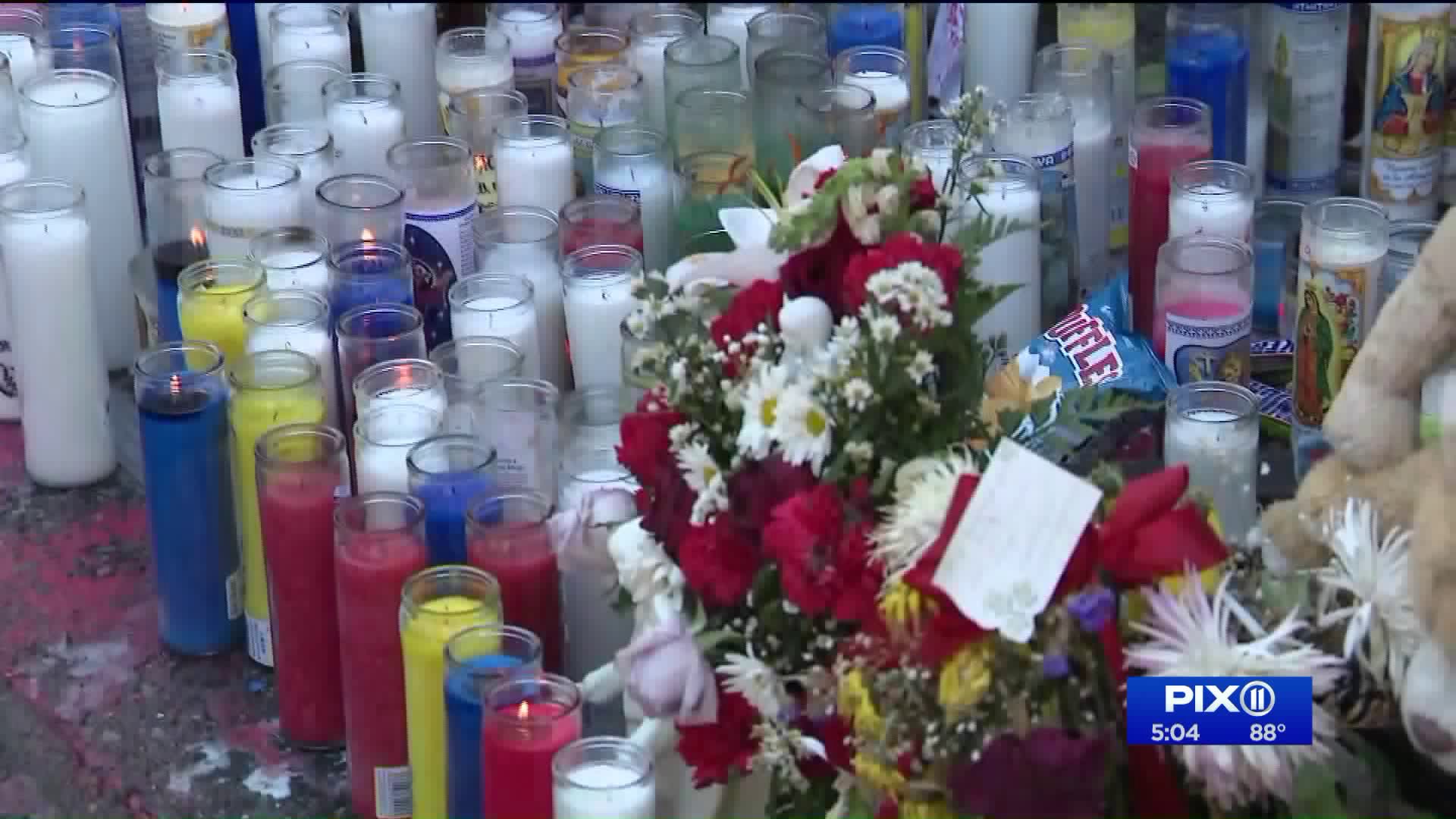 "Everybody love him. His kids who loved him, everybody missing him," the slain teen's mother says.

BELMONT, the Bronx — A mural is being painted Friday in honor of a 15-year-old boy who was attacked by alleged gang members with knives and a machete in a case that has galvanized a grief-stricken Bronx community.

“Stand With Junior” is a call to action, according to artist Chris Pyrate, who started the mural Thursday night and continued his work Friday.

By Friday morning, an outline of Lesandro “Junior” Guzman-Feliz was visible on a white background. Nearby, a second set of wings were also painted — meant for those passing by to stand in front of.

"In many cities, there’s wing murals that people take a picture of, so what I wanted to do was recreate that, but give you a chance … to take a picture with that and stand with him. It's the literal version of 'Stand With Junior,'" Pyrate said.

The mural is being painted at Third Ave and East 184th Street, two blocks from the bodega where Guzman-Feliz was attacked June 20.

Guzman-Feliz was inside a bodega at East 183rd Street and Bathgate Avenue that night when he was dragged out and assaulted by a group of men with knives and a machete. The boy’s neck was slashed in the attack.

Video shows the 15-year-old staggering back into the bodega, where he was apparently turned away. The boy then fled toward St. Barnabas Hospital, ultimately collapsing and dying outside.

The bodega has not since reopened, and a large memorial with pictures, messages and hundreds of candles surrounds it.

A petition has circulated calling for it to be closed permanently.

Eight men, all suspected members of the Trinitarios gang, have been arrested in connection to Guzman-Feliz’s death, and investigators say the boy was killed in an apparent case of mistaken identity.

Pyrate, a traveling muralist, said he was asked by community members to create something honoring Guzman-Feliz. It is not clear when the mural will be complete.