EXCLUSIVE: Junior was killed because he ran from 3 Trinitarios cars — they mistook him for a rival: source 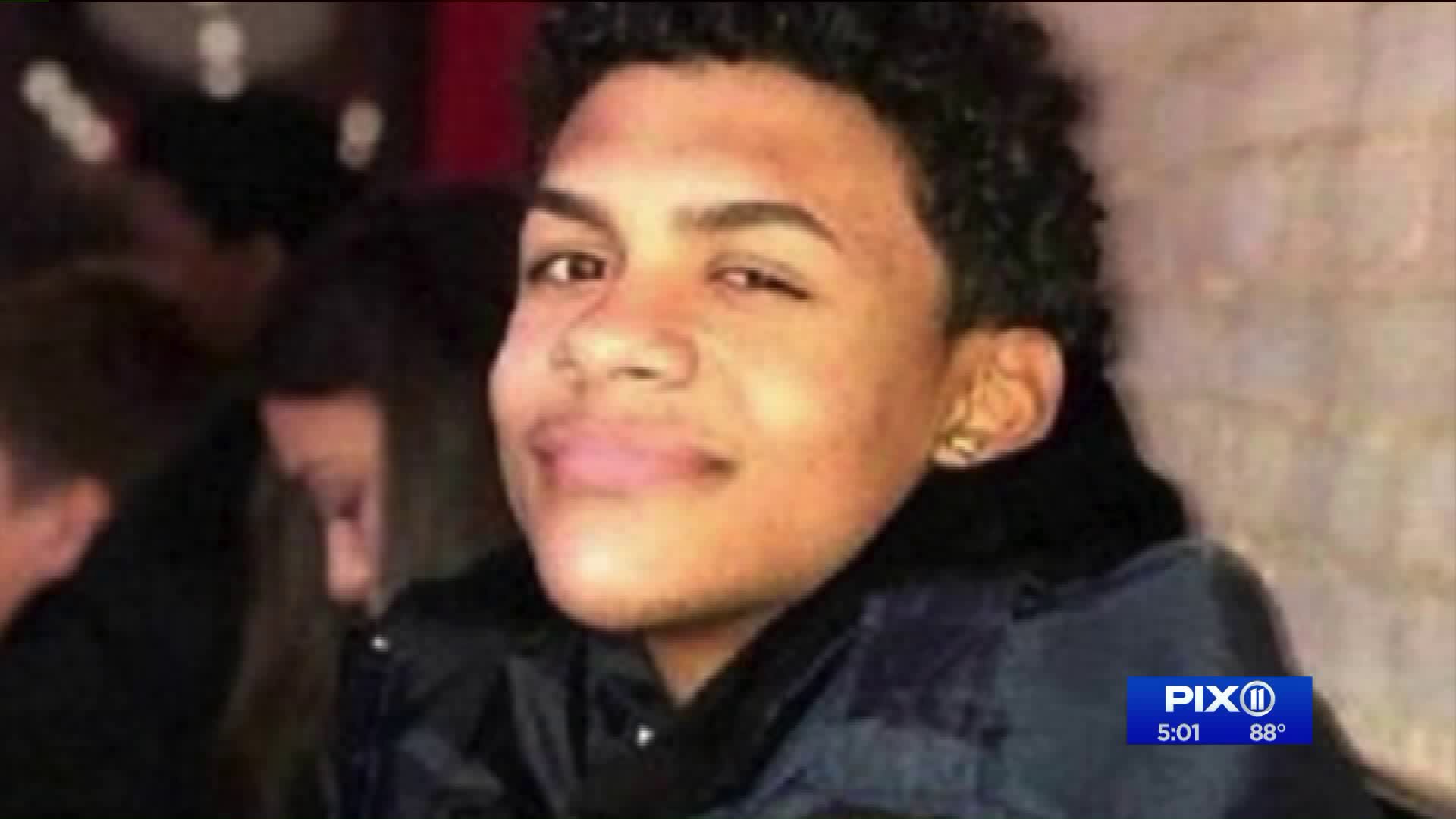 New information paints the picture about what happened on June 20 before Lesandro "Junior" Guzman-Feliz was dragged from a bodega by alleged Trinitarios gang members and hacked to death.

NEW YORK — It wasn’t about the sex tape.

“That video has nothing to do with the murder,” a senior law enforcement source told PIX11 News exclusively, speaking about the cell phone footage that was widely believed to be the impetus for the savage murder of 15-year-old Lesandro “Junior” Guzman-Feliz.

PIX11 News has learned exclusive, new information about what happened on Wednesday, June 20 — before “Junior” was dragged from a bodega by alleged Trinitarios gang members and hacked to death.

“These guys were driving around; they went out to find other Trinitarios from a rival crew called ‘Sunset,’ a law enforcement source told PIX11 about the eight suspects in custody so far."

“He [Junior] happened to be in the wrong place at the wrong time.”

The source told PIX11 that Junior was walking to the bodega from his mother’s apartment on the night of June 20th to pay back $5 he owed the deli for food.

“He sees three cars on the street,” the law enforcement source told PIX11. “They’re loaded with nine or 10 people.  He starts to run.  They start to chase.”

“They made the assumption he was a rival Trinitario.”

“No one has said he’s a Trinitario,” the source added about Junior.  “There’s no gang affiliation.”

When Junior is seen on bodega surveillance a first time, he’s desperately trying to jump over the counter to hide from the men in the cars.

The law enforcement source points out the owner let the teen seek a safe haven behind the counter.

“The owner is getting a bum rap,” the source told PIX11, referring to the mass calls that followed for the bodega to be shut down.

The alleged gang members who burst into the store seeking Junior were armed with knives.

The source revealed to PIX11 the suspects told the bodega owner to stop protecting Junior, making sensational claims like, “He robbed my grandmother. He shot my mother.”

Junior was then dragged out of the bodega by his hood, desperately trying to hold onto the front door, before he’s set upon by multiple men stabbing him with knives and hacking him with a machete.

When the critically wounded teen stumbled back into the store, we’re told he asked for some water.

The person who’s seen on surveillance shooing the dying teen out of the bodega was a customer.

“These eight guys are all in jail, because this guy put a great video surveillance system in his store.”

The source added the owner called 911 right away, when the attack was happening.

The source told us other people are still being sought in connection with the case.

PIX11 reported earlier Friday that several of the murder suspects appeared in a rap video filmed before Junior's death, bragging about how tough they were.