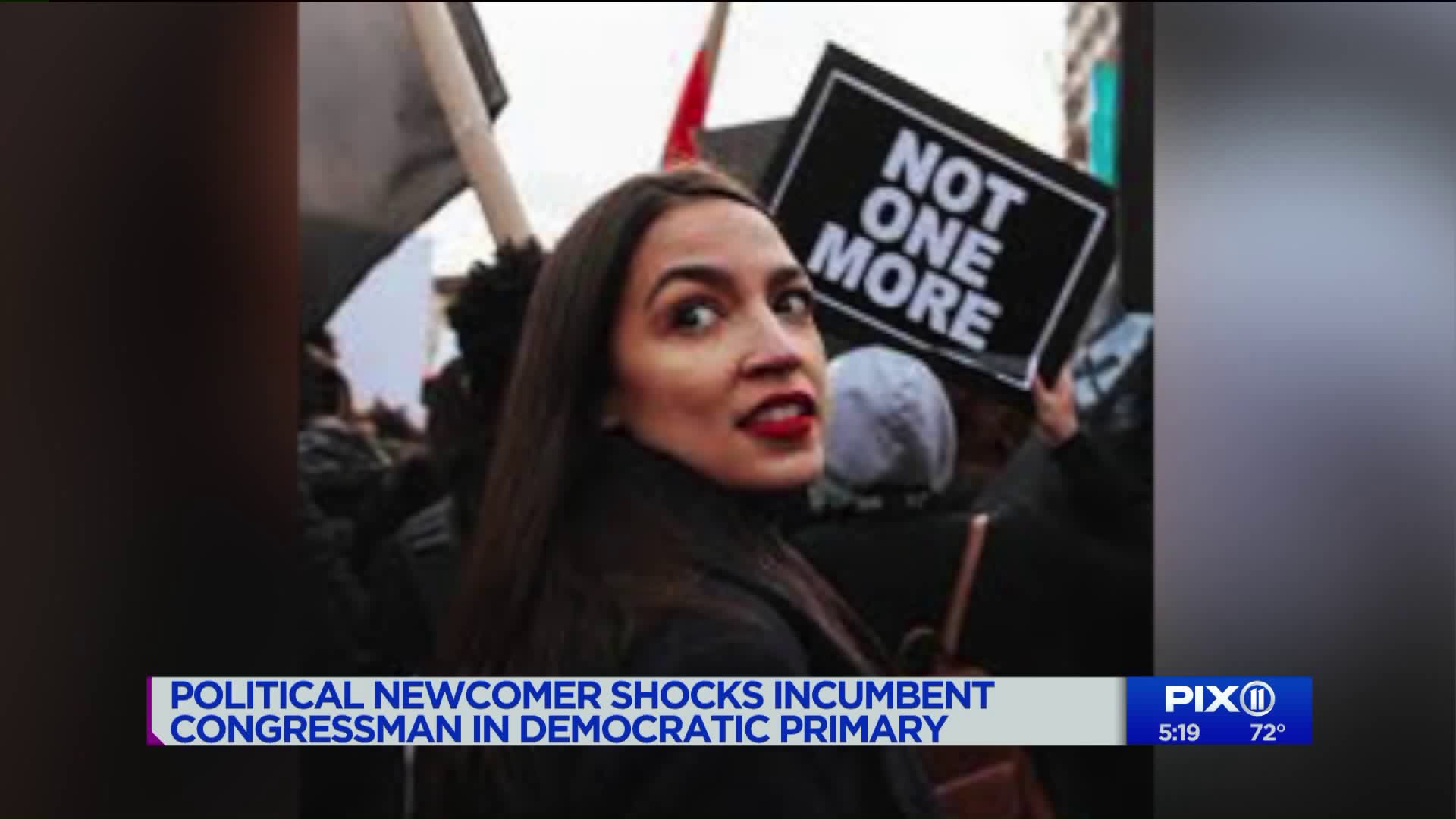 The 28-year-old political newcomer delivered a stunning upset to Crowley, a 10-term incumbent and the No. 4 House Democrat, in New York`s 14th congressional district.

“We won because we organized. We won because I think we had a very clear, winning message and we took that message to doors that had never been knocked on before,” Ocasio-Cortez told CNN’s Poppy Harlow on “Newsroom.”

The 28-year-old political newcomer delivered a stunning upset to Crowley, a 10-term incumbent and the No. 4 House Democrat, in New York’s 14th congressional district.

It was the first time in 14 years that a member of his own party has attempted to unset Crowley, who chairs the Queens County Democrats, and he is the first House Democrat to lose his primary this midterm election cycle.

Crowley's defeat marks a potential sea change in the broader sphere of liberal politics -- a result with implications for Democrats nationwide that would recall, as optimistic progressives routinely noted during the campaign, former GOP Majority Leader Eric Cantor's loss to the insurgent, tea party-backed Dave Brat in June 2014.

"This is not an end, this is the beginning. This is the beginning because the message that we sent the world tonight is that it's not OK to put donors before your community," Ocasio-Cortez told roaring supporters on Tuesday night.

She cast her victory as the green shoots of triumph over the "deep midnight and darkness" of the political moment -- and a message to fellow progressive organizers that their brand of activism could succeed on a grander scale.

Even as Ocasio-Cortez ran defiantly to his left -- with universal health care, a federal jobs guarantee and the abolition of ICE headlining her demands -- Crowley touted a formidable liberal record of his own. He was the first member of the House Democratic leadership to sign on in support of "Medicare for all" and has been a vocal advocate for immigrants' rights. But he also stumbled, repeatedly, on the campaign trail, the likely residue of passing so many years without a primary test.

Citing scheduling conflicts, he missed a debate in the Bronx with Ocasio-Cortez, sending former city councilwoman Annabel Palma as a surrogate. The New York Times editorial board took note of his no-show, and warned the ambitious congressman against taking his constituents for granted.

"What are we," the board asked on behalf of voters, "chopped liver?"

In an interview hours before the polls opened Tuesday, Ocasio-Cortez called his absence that night "disrespectful, not just to me but to the entire community." On Twitter after the debate, she noted that Palma, also Latina, bore a "slight resemblance to me."

"I understand he hasn't been challenged for 14 years," Ocasio-Cortez said, "but that doesn't mean that an election isn't happening. In fact, what's happening right now is historic and it's an opportunity to show up for the community."

She has also spent time at the front lines of the pitched battle over US border policy under the Trump administration. Last weekend, just days before the primary, Ocasio-Cortez left New York to join protests at an ICE detention center in Texas.

"The reason I was able to do that is because we have built a legitimately strong grassroots movement of organizers here to hold it down for 24 to 48 hours," she said, "and I think that's reflective of the strength of what we have built here. It was an advantage, actually, because our community here really wanted to do something and they didn't want to feel like they were choosing organizing the campaign over choosing to comment and organize around this moment."

She also managed to tie that activism, along with her vocal, unapologetic demand for the full abolition of ICE to the interests of her district's diverse population.

"We have families and communities here (in the 14th District) from Ecuador and Colombia, Bangladesh, Korea, Pakistan, and I see them every day, many of them are very scared about what's going on," she said. "With my campaign, in terms of immigration, we're trying to say, 'Hey, we've got your back.'"

Crowley also took some shots at ICE, calling it "fascistic," but stopping short of demanding its elimination. During a televised debate with Ocasio-Cortez less than two weeks before the primary, Crowley argued that "simply abolishing the agency doesn't take it out of the hands of (Attorney General) Jeff Sessions or this president."

He then pivoted to what had been a driving theme of his campaign -- the argument that, with Trump in office, Democrats should lean on experienced lawmakers, and away from more ideological firebrands, to navigate the opposition on Capitol Hill.

"It's about making change in Washington," said Crowley, who in his leadership role has raised money for Democrats around the country. "It's about Democrats taking back control of the House of Representatives -- and that's what I'm about doing."

But with Tuesday's results, he will be doing it from the sideline.

"I want to congratulate Ms. Ocasio-Cortez on her victory tonight," Crowley said in a statement. "I look forward to supporting her and all Democrats this November. The Trump administration is a threat to everything we stand for here in Queens and the Bronx, and if we don't win back the House this November, we will lose the nation we love."