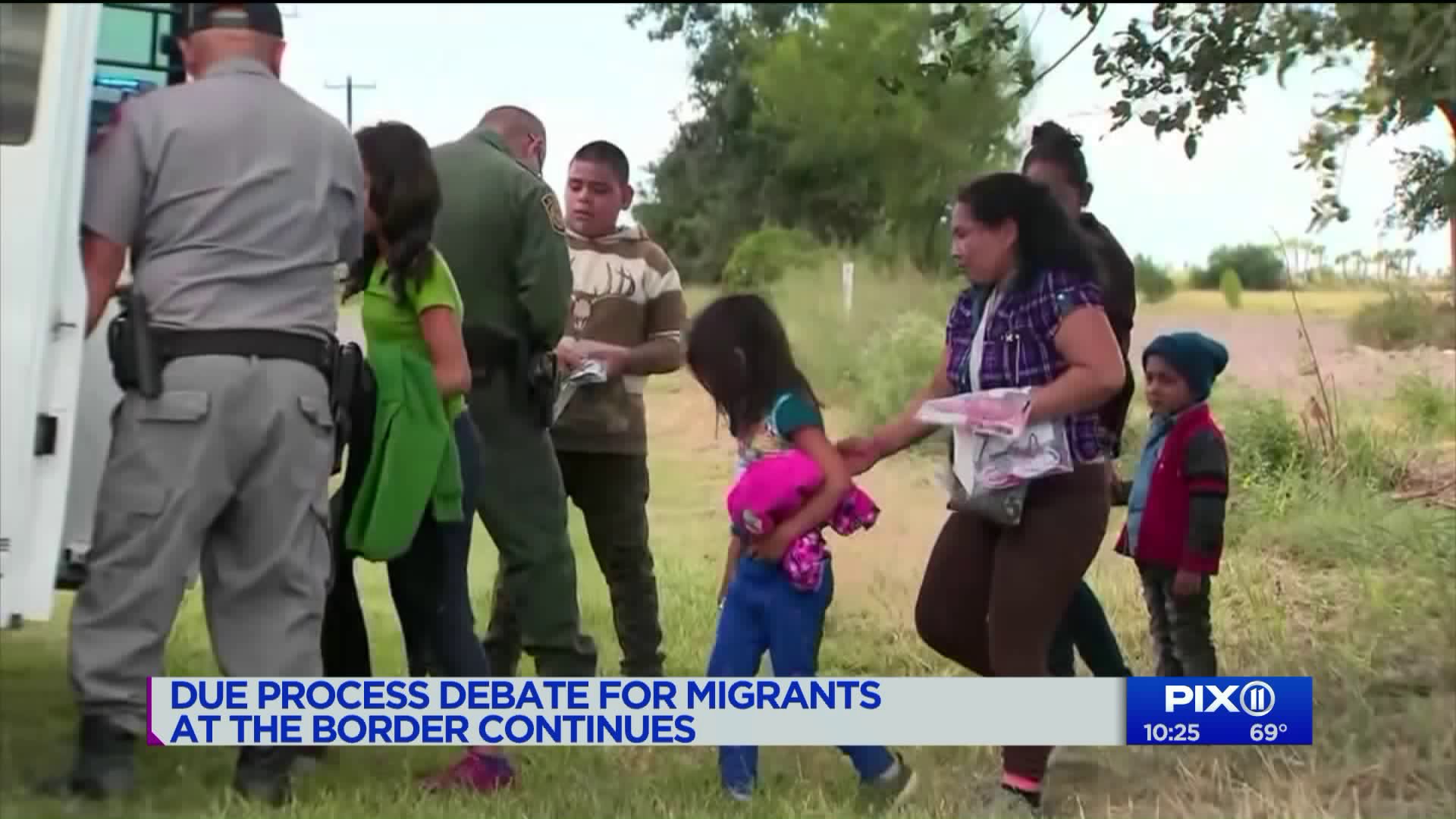 The change spurred criticism from attorneys who represent detained immigrant New Yorkers, who say it`s a "direct attack" on their clients` rights and that ICE needs to go back to in-person hearings.

NEW YORK  — Immigrants in detention who are facing deportation hearings in New York City will have to do those hearings through video or audio conferencing instead of being brought in person to a judge's courtroom under a sudden decision by U.S. Immigration and Customs Enforcement.

The change spurred criticism from attorneys who represent detained immigrant New Yorkers, who say it's a "direct attack" on their clients' rights and that ICE needs to go back to in-person hearings.

ICE's statement on Wednesday said, "Due to attempts by certain groups to disrupt ICE operations through spreading misinformation and advocating violence against ICE employees, ICE decided to suspend transport of detainees for the foreseeable future." The agency added, "This decision was made in order to ensure the safety of ICE employees, the court, the public and the detainees."

But in their own statement, the legal providers that represent detainees pro-bono through a first-of-its-kind New York City public defender program said ICE was using the presence of a protest group that recently demonstrated in front of an entrance as a pretext to curtail immigrants' rights.

"The decision by ICE to eliminate in-person appearances in court is a direct attack on people who have been waiting for months in detention for their opportunity to meet with attorneys, assert their legal right to remain in this country, and see their loved ones," the lawyers who make up the New York Immigrant Family Unity Project said.

When asked if that would mean there was a time frame for the in-person hearings to resume, an ICE spokeswoman said, "This will continue to be re-evaluated, but when considering the safety of all involved, these decisions are not made lightly."

New York City, for the past few years, has provided pro-bono legal representation for immigrant residents who are detained and facing deportation. Legal representation in the immigration system is not a guaranteed right, but it's been shown that having a lawyer can have a sizeable impact in the disposition of deportation cases.

Lawyers in the program have been meeting with clients when they are brought to the court from the various jails and detention centers around the area where they are housed while awaiting their hearings.

That becomes much more difficult when immigrants are spread out at a number of facilities, the lawyers said. They also said that using videoconferencing would limit their ability to have fair and full hearings, since they wouldn't be able to meet confidentially with attorneys, or look at any evidence presented in court for their cases.