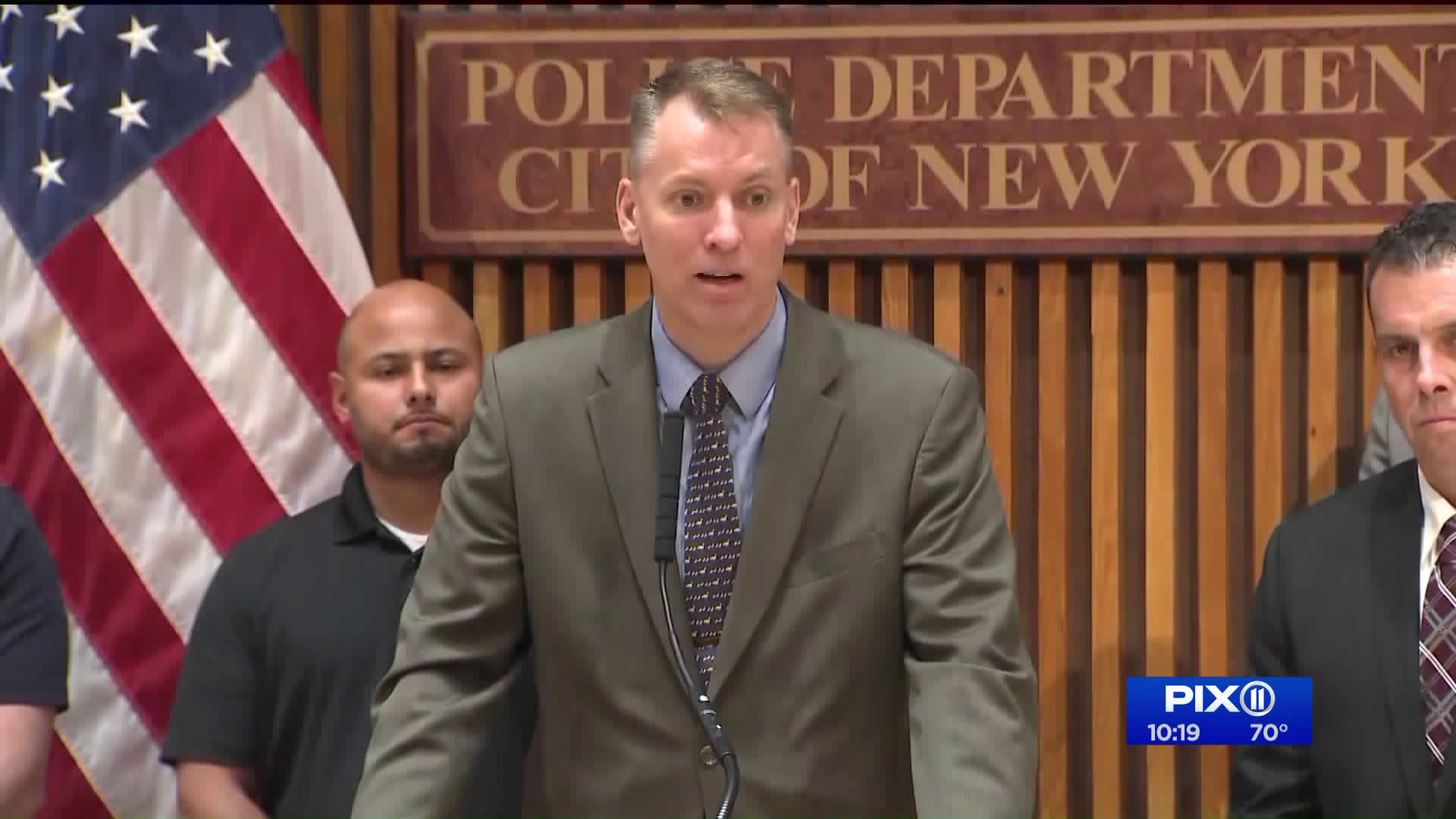 Police want to educate parents about gang recruitment tactics and signs to look for. This comes after the murder of a teenage boy at a Bronx bodega by machete-wielding gang members. 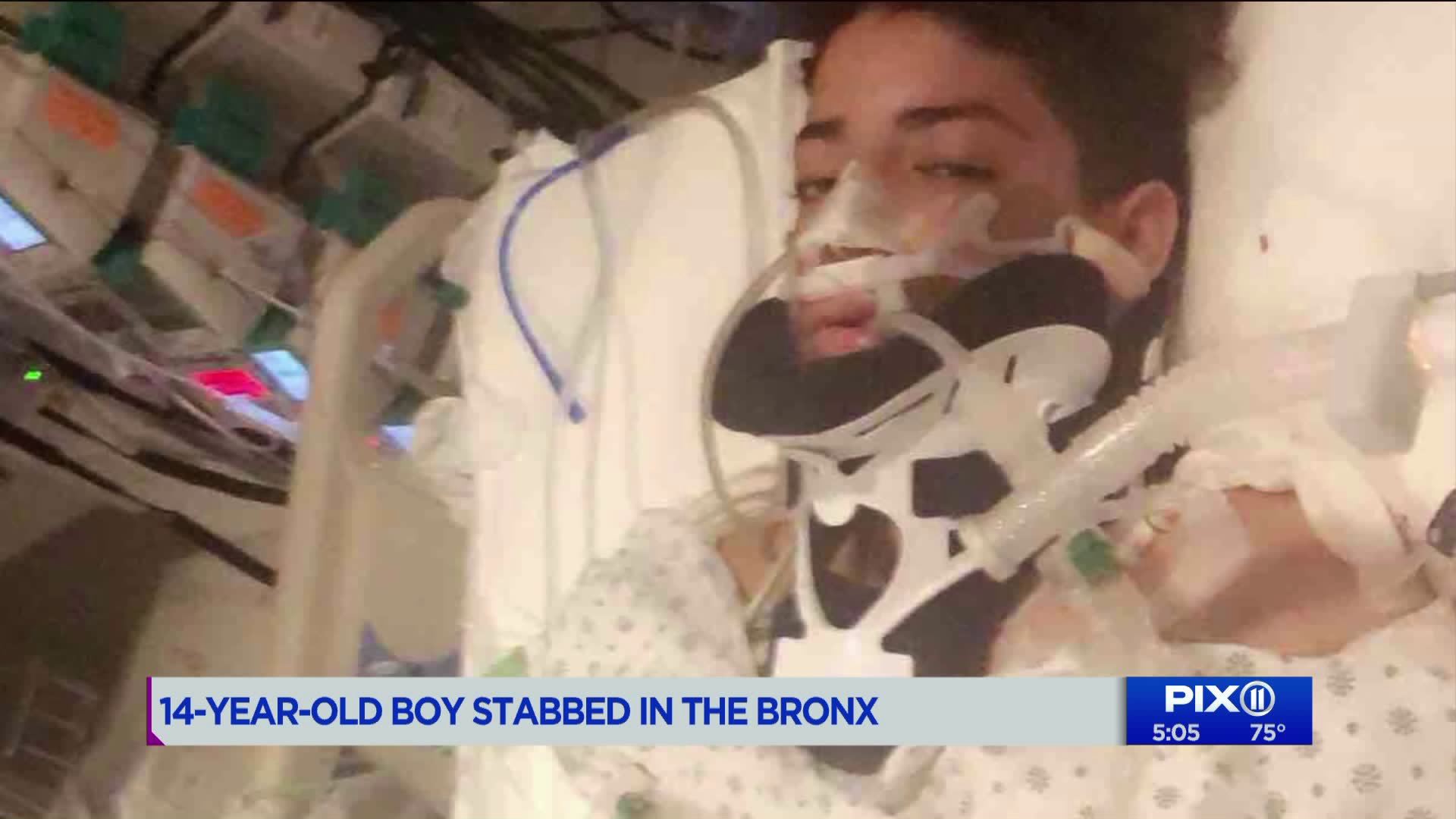 BRONX, N.Y. — The gang-related stabbing of a teenager on the Bronx River Parkway has been linked to the stabbing death of 15-year-old Lesandro "Junior" Guzman-Feliz, NYPD Chief of Detectives Dermot Shea said Wednesday.

Shea said the incidents are connected beyond the fact that the same gang -- the Trinitarios -- was involved in both stabbings, but would not specify further. He did not talk about a motive or give additional details

"There is a lot being done. I'm not going to get into exactly of what's being done but there are more boots on the ground," he said. "I said it the other day, the world is going to get very small for the Trinitario's very soon."

The Bronx River Parkway attack happened during rush hour on June 18 when a large group of men chased a 14-year-old boy onto the busway parkway. There, the teen was stabbed repeatedly then left on the median. He was taken to a hospital in critical condition.

"So anyone that has any information, saw any fight in front of French Charley's Park where an individual might have been chased, no matter how seemingly innocuous the details, we are urging you the call Crime Stoppers and it will be vetted out by our detectives," Shea said.

Shea said that attack "hasn't gotten the attention it deserves."

"That's a 14-year-old kid chased onto a highway, stabbed multiple times," he said. "I don't think there's enough outcry about that incident."

Lesandro "Junior" Guzman-Feliz, left, was stabbed to death on June 20, 2018, outside a Bronx bodega. Two days prior, a 14-year-old, pictured at right, was stabbed on the Bronx River Parkway and critically injured. Both attacks have been blamed on the Trinitarios gang and have been linked to one another, police say.

Two days later, on June 20, Guzman-Feliz was dragged outside a Bronx bodega by a group of men who stabbed him as he strugged to defend himself. He died after running to a hospital three blocks away. It was an apparent case of mistaken identity.

Both attacks were caught on camera, with surveillance video capturing the killing of Guzman-Feliz and cellphone video recording the stabbing on the Bronx River Parkway.

Investigators said members of the Trinitarios gang are reponsible for both attacks.

The Trinitarios, many of them street-level drug dealers and enforcers, have made headlines in New York City since 2010, when then-U.S. Attorney Preet Bharara indicted 50 alleged members in a racketeering, murder and narcotics conspiracy.

Bharara noted at the time that the gang “brutally punished even its own members.”

It’s been estimated more than 1,000 members of the Trinitarios are operating in New York City. In 2014, a Spanish news outlet said the gang was the most dangerous group in Madrid.

Guzman-Feliz's slaying sparked widespread community outrage and calls of "Justice of Junior." So far, eight men are in custody and face charges of murder, manslaughter and gang assault.

In the Bronx River Parkway case, Ramon Paulino, 21, has been arrested. Several other men are being sought in connection with that stabbing.