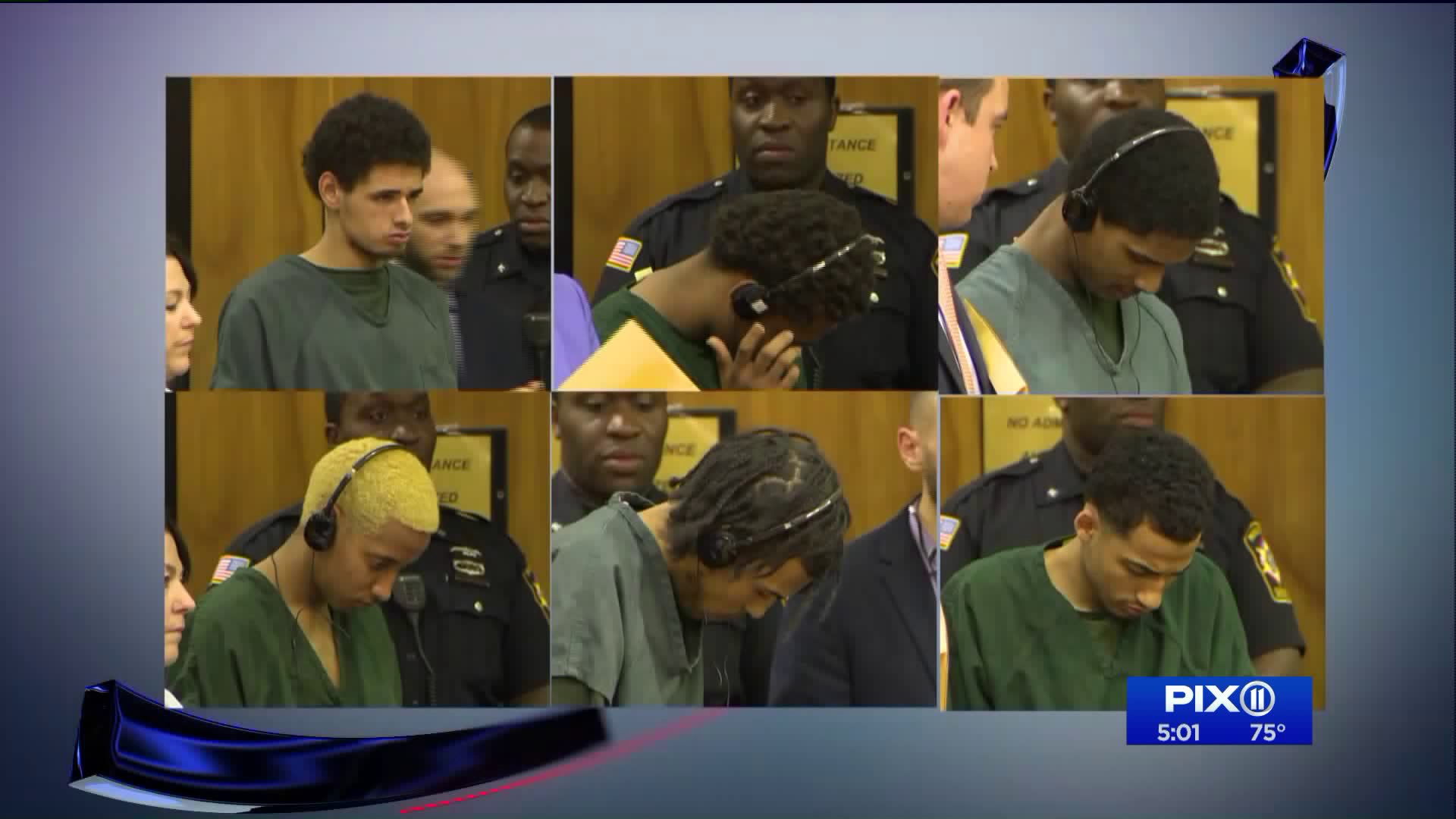 Meanwhile, six other suspects appeared at an extraditon hearing; they will return to New York to face justice in the death of Lesandro "Junior" Guzman-Feliz.

PATERSON, NJ —   The six suspects in the stabbing death of a Bronx teen who were taken into custody in Paterson are all headed back to New York for trial after waiving their right Tuesday to hearings in New Jersey.

They were sent back to jail in New Jersey after they appeared in court. All six men will stay there until law enforcement officers from New York appear to take the men back to the city, where they’ll face charges in the death of Lesandro “Junior” Guzman-Feliz.

One other suspect, Kevin Alvarez, 19, was already charged with murder and gang assault in the teen’s brutal death. He pleaded not guilty on Monday.

The men in court Tuesday are suspected members of the Trinitarios gang. They were allegedly holed up at a house on East 24th Street in Paterson.

Most of the men looked down at the floor as the judge spoke to them. In one instance, the judge had to tell a defendant to look up. All but one of  the suspects spoke through a Spanish interpreter.

The men below will be extradited to New York for hearings.

On Wednesday night, Junior, who was an aspiring NYPD officer, was just a few steps from home when he was beset by a group of what police called Trinitarios gang members, who stabbed him with knives and a machete, cops said. He wasn't the person they were looking for.

He was dragged out of the corner bodega and attacked. He then staggered back inside before leaving again, dying outside the hospital down the block.

His death has galvanized a movement around the hashtag #justiceforjunior, and his wake on Southern Boulevard in the Bronx has been attended by thousands, most of whom did not know him but have been shaken by his brutal death.