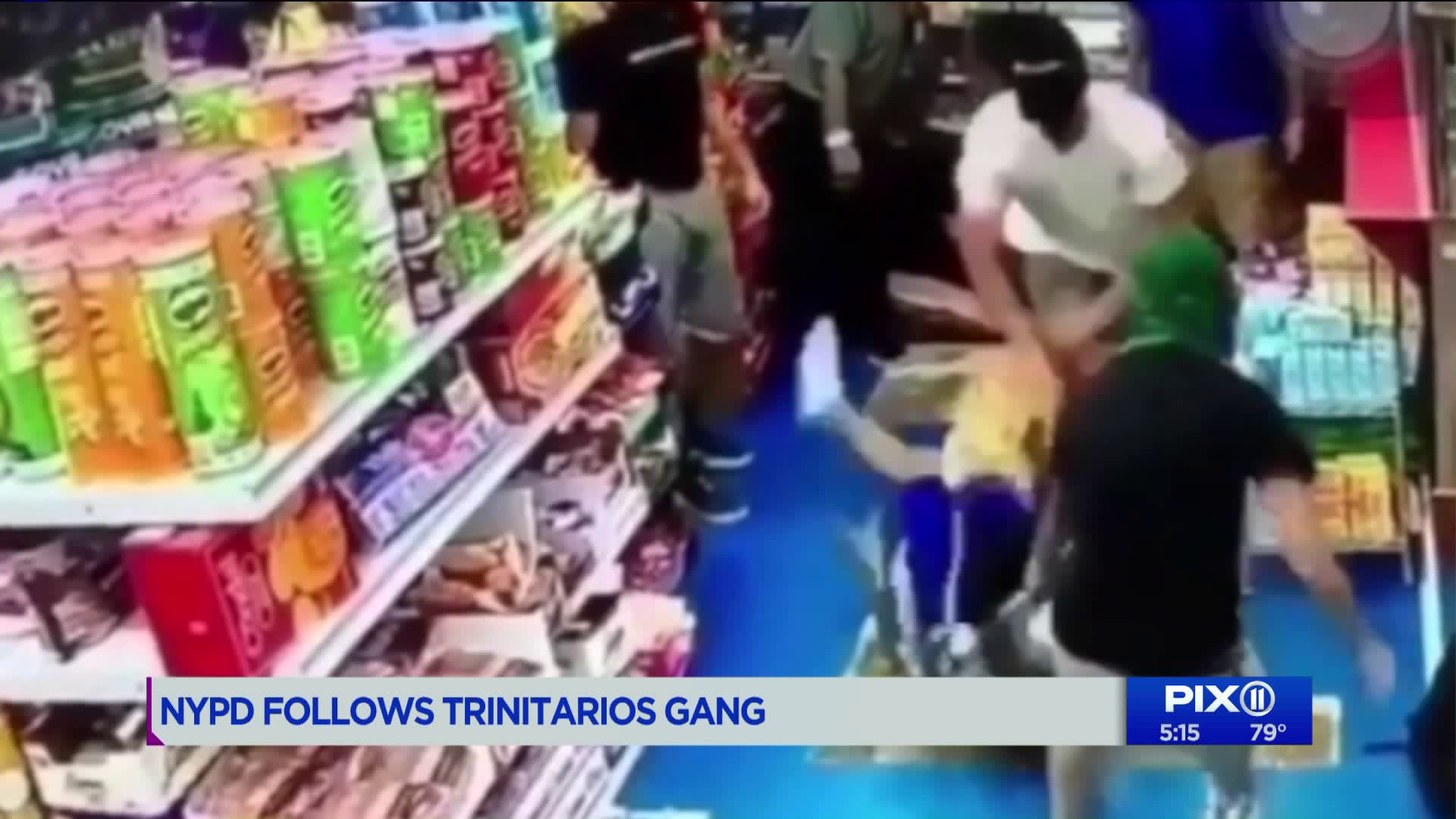 The Trinitarios, many of them street-level drug dealers and enforcers, have made headlines in New York City since 2010, when then-U.S. Attorney, Preet Bharara, indicted 50 alleged members in a racketeering, murder and narcotics conspiracy. Bharara noted the gang "brutally punished even its own members."

NEW YORK — With the savage butchering of a 15-year-boy outside a Bronx bodega by attackers using machetes and knives, a Dominican gang called the Trinitarios is under the microscope.

Six alleged members of the gang were sitting in a Passaic County jail Monday evening, waiting for an extradition hearing requested by the NYPD.

Another alleged member, 19-year-old Kevin Alvarez, was charged with murder and gang assault Monday in the vicious killing of Lesandro “Junior” Guzman-Feliz, who dreamed of being an NYPD detective one day.

The Trinitarios, many of them street-level drug dealers and enforcers, have made headlines in New York City since 2010, when then-U.S. Attorney Preet Bharara indicted 50 alleged members in a racketeering, murder and narcotics conspiracy. Bharara noted at the time that the gang “brutally punished even its own members.”

Then-NYPD Police Commissioner Ray Kelly that "at any given time, as many as 100 female members of the Trinitarios engaged in violence against rival gangs like ‘Dominicans Don’t Play.’”

It’s been estimated more than 1,000 members of the Trinitarios are operating in New York City. In 2014, a Spanish news outlet said the gang was the most dangerous group in Madrid. A murder in Milan, Italy, the following year caught the attention of national authorities.

The gang is making international headlines now for its alleged role in the horrific machete and knife attack on Guzman-Feliz.

Gang members wrote to Guzman-Feliz's family on social media within days of the slaying, saying it was a case of mistaken identity and then apologizing.

The teen had been wrongly connected to a sex tape that featured the sister of a reputed gang member.

He was trapped inside the bodega at Bathgate Avenue and East 183rd Street on June 20 then dragged outside by his hood to be savagely attacked by men with machetes and knives.