Video shows Bronx teen staggering back into bodega after stabbing 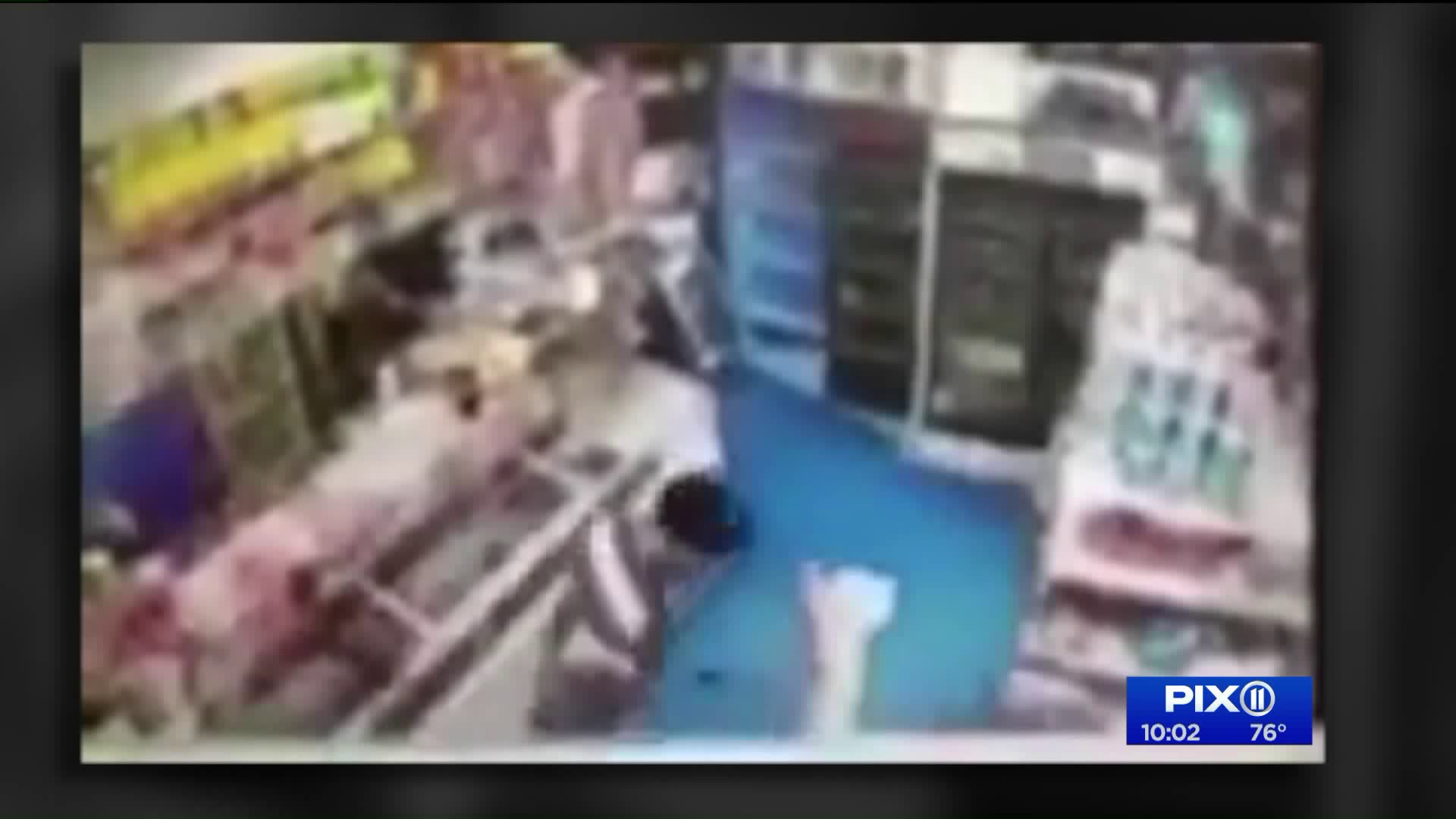 A bleeding Lesandro "Junior" Guzman-Feliz, 15, is seen staggering back inside, where he jumps over the counter in what appears to be an attempt to flee his attackers.

THE BRONX — Surveillance video shows a Bronx teen staggering back into a bodega after being dragged outside and stabbed with a machete and knives by alleged gang members last Wednesday.

A bleeding Lesandro “Junior” Guzman-Feliz, 15, is seen walking back inside, where he jumps over the counter in what appears to be an attempt to flee his attackers.

Another person in the East 183rd Street and Bathgate Avenue store points to the door and a wounded Guzman-Feliz slowly retreats back outside, leaving a trail of blood behind him.

The teen attempted to get to nearby St.  Barnabus Hospital, where he died just outside.

Kevin Alvarez, 19, has been charged with murder and gang assault in Guzman-Feliz's death. He has pleaded not guilty. Six others are being held in Paterson, New Jersey Monday, awaiting an extradition hearing on Tuesday in connection with the stabbing.

A law enforcement source also told PIX11 on Monday that authorities are talking to someone in the Dominican Republic who may be connected to this deadly stabbing .

They are suspected of being members of the Trinitarios gang.

A source told PIX11 that one gang member was angry because a relative was featured in a sex video and mistakenly thought Guzman-Feliz was in the video.

PIX11 News reached out to the owners of the bodega Monday night, but did not receive a response. On Friday, the owners told PIX11 they did everything they could to help Guzman-Feliz.