‘I need justice for my son’: Junior’s family thanks supporters as thousands mourn 15-year-old boy 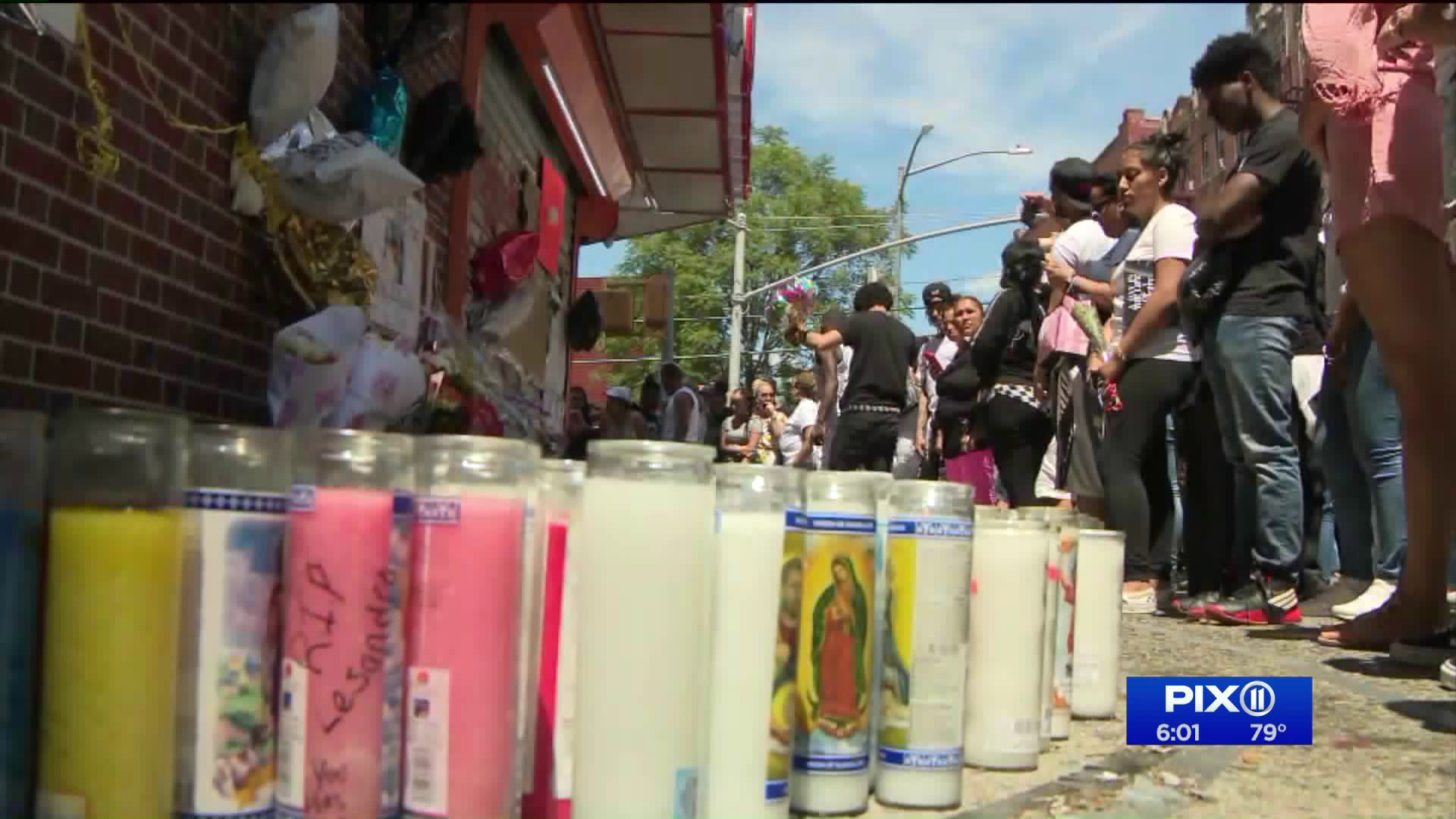 The scene at 183rd Street is marked by grief as long lines form to pay respects to the slain teenager whose death has made headlines around the world. 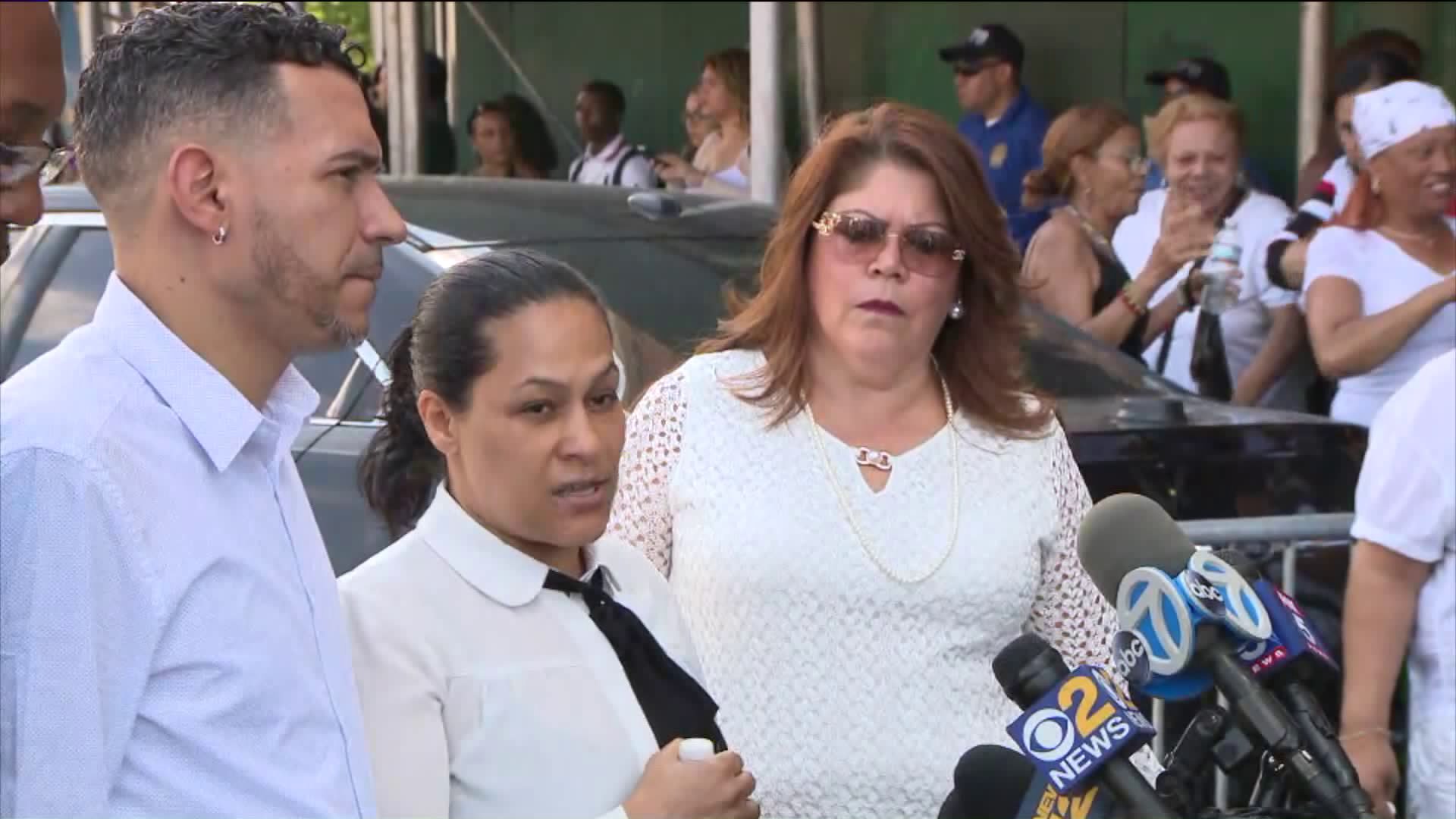 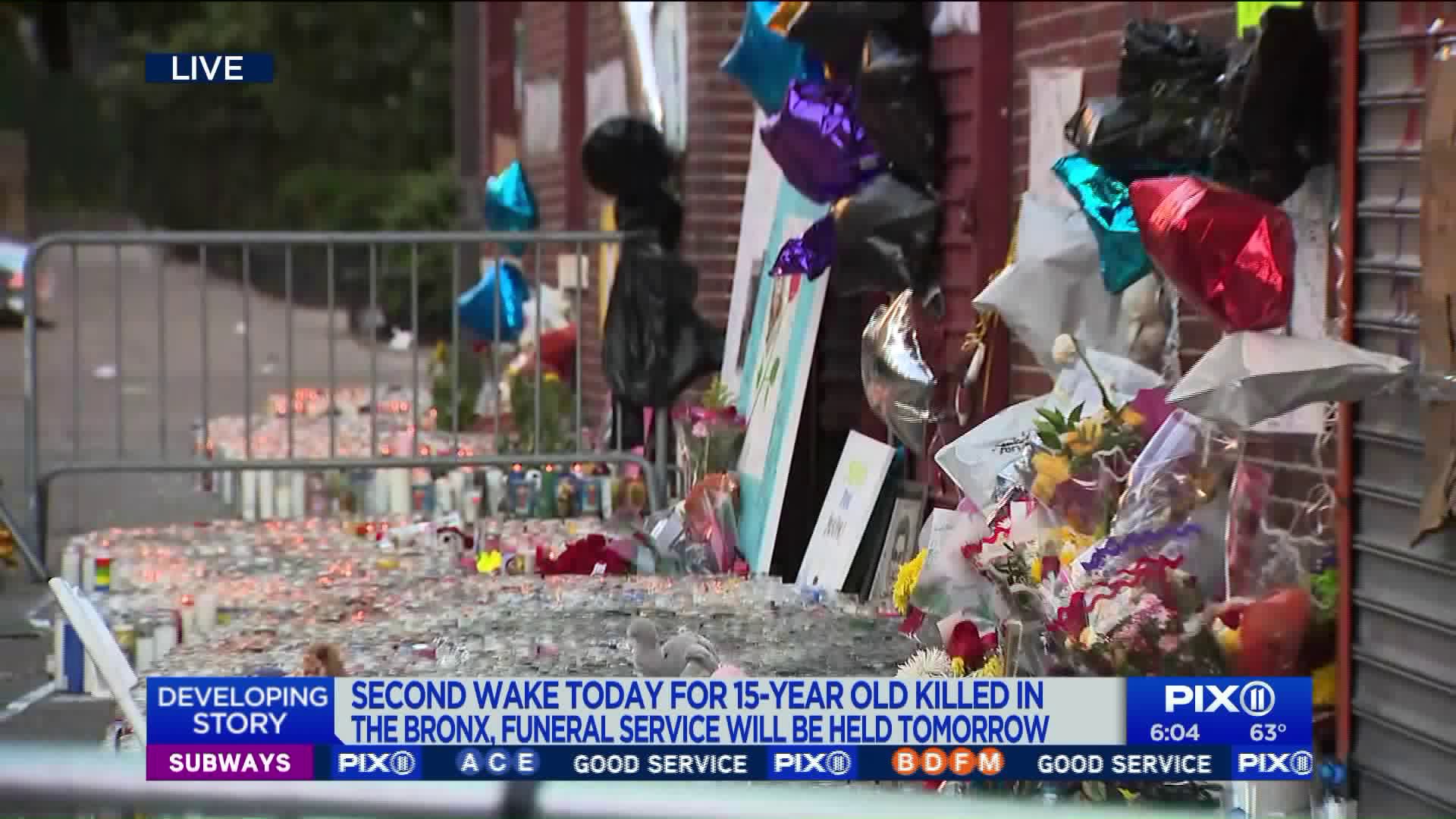 MOTT HAVEN, the Bronx — The mother of 15-year-old gang-attack victim Lesandro “Junior” Guzman-Feliz spoke out Monday as thousands gathered to pay respects to her son at his wake.

Leandra Feliz expressed how thankful she is for the support she's gotten from all around the world since her son's brutal slaying Wednesday night outside a bodega in the Mott Haven section of the Bronx.

"I want to say thank you to everyone. The police are doing a great job with the arrests and I hope that they continue to go to the end and find all of the people who were involved," Feliz said.

She told reporters that she needs justice for her son and hopes that the people who killed him will get what they deserve.

"My heart is broken. He was a sweet kid with a very good heart," Feliz said.

His father, Lesandro Guzman,  also spoke out about Junior's  dream to become a police officer.

He showed a tattoo that he got on his left hand in honor of his slain child — a picture of his son's face with the letters "R.I.P" written below.

"I need justice for my son," Feliz said. "That's my Junior baby."

The wake outside R.G. Ortiz Funeral Home on Southern Boulevard has drawn thousands of mourners, who paid respects in diverse ways. One group released a set of white balloons into the sky while shouting "Junior!"

The crowd was composed of complete strangers, neighbors from the block, and his friends from the NYPD Explorers program.

On 183rd Street, everyone called him Junior, and many saw him grow up into a fine young man with ambitions to protect fellow New Yorkers as part of the NYPD.

On Wednesday night, Junior was just a few steps from home when he was beset by a group of what police called gang members, who stabbed him with knives and a machete, cops said. He wasn't the person they were looking for. He was dragged out of the corner bodega, which remains closed on Monday and is the scene of a growing memorial.

On a block where gang violence was part of life, Junior was one of the good kids.

“I cried when I heard the news,” explained Rosie, who’d never met Junior but felt moved to attend his wake.

“That was our heart on that side of town,” explained Junior’s neighbor Danny. “That’s messed up what they did to him you know we watched him grown up.”