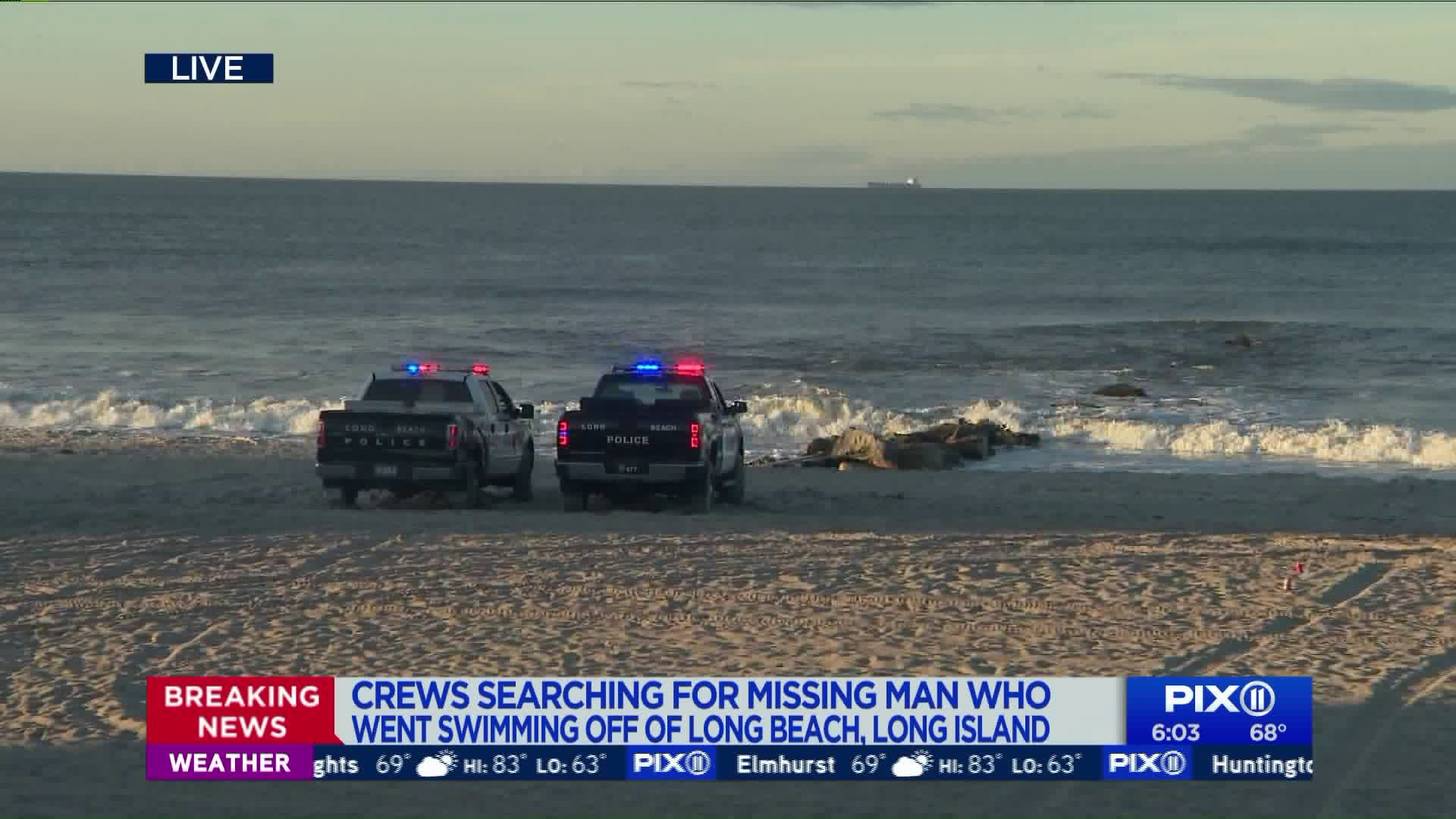 Police say 4 people were swimming, when one went missing at Long Beach.

LONG BEACH, Long Island —A desperate search is underway for a 31-year-old man off the waters of Long Beach, the U.S. Coast Guard said Sunday.

The missing man is around 170 pounds and was last seen wearing a beige swimsuit.

Four friends took a late night swim in the dark waters, and only three made it back to the beach, police said.

They called the Coast Guard in Jones Beach at 2 a.m. to report their 31-year-old friend was missing, authorities said.

Crews from multiple agencies, including searchers on a 45-foot boat, were dispatched, and a Coast Guard helicopter launched from Cape Cod, assisted by Nassau County, New York and Long Beach police and fire department in an all0hands search effort.

It comes less than a week after another tragedy, the death of 10-year-old Ramell McRae Jr. of Hempstead,  who drowned in the strong currents just two blocks from Sunday's search.

McRae's  11-year-old brother was rescued, barely surviving the deadly surf, according to police.

A child’s body was just found Sunday; it was not yet confirmed if it belonged to McRae.

The Coast Guard said the ocean is powerful and can overtake even the best swimmers, and officials are urging swimmers  to focus on areas where lifeguards are present.